You Can Change the World With Your Wedding

You can have the day of your dreams while giving back –– and it's easier than you might think. 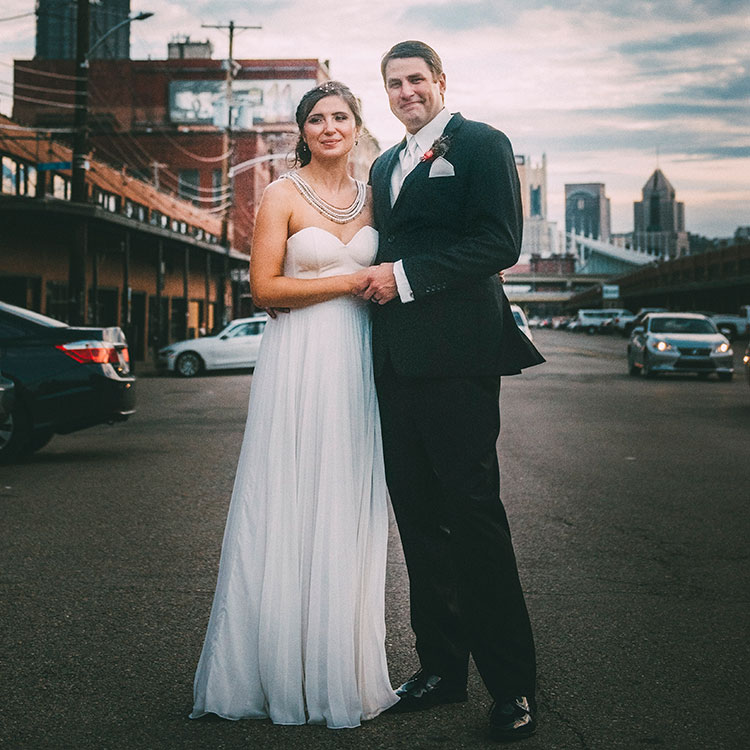 At one wedding or another, you’ve likely found a small note beside your placesetting: “In lieu of favors, the happy couple has opted to donate to a charity of their choice,” it reads.

More and more, brides and grooms are choosing to donate the money they would have spent on a trinket to a cause they care about. Perhaps a mother or grandmother passed away from breast cancer and they’ve chosen to support Susan G. Komen. Perhaps they’re longtime volunteers with a local organization and want their guests to learn more about something that’s important to them.

Many couples, however, find ways to incorporate charity into all aspects of their day. Some donate food, flowers or even their dress (after all, are you ever going to wear it again?). Some make it a priority to patronize local vendors, supporting small businesses and minimizing their carbon footprint. Still others donate the money from their “dollar dance” or work with vendors who will donate some of their proceeds to charity. 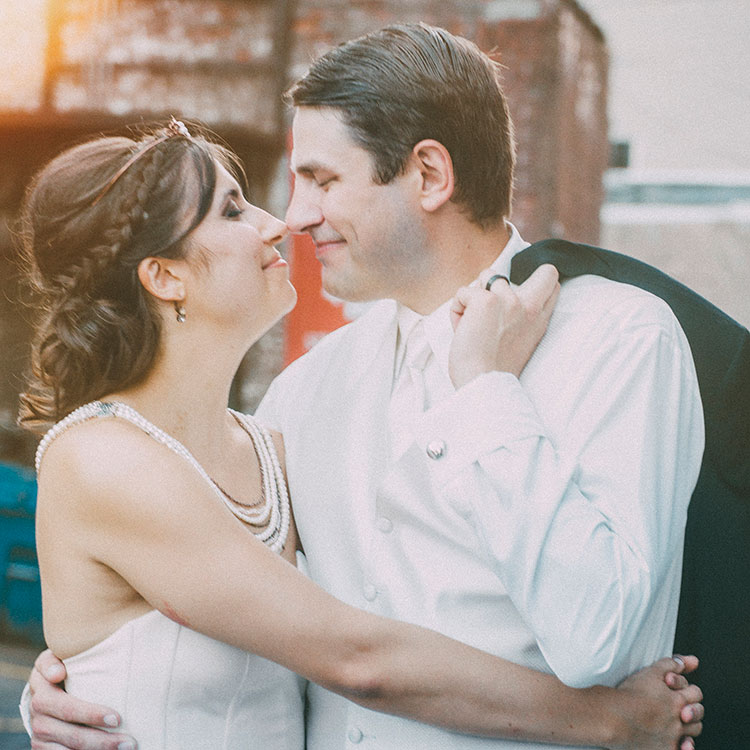 Sarah Coghlan and Don Rugh, who married on Aug. 20, 2016, incorporated many local vendors into their wedding to support Pittsburgh businesses.

“I think the idea of donations in lieu of favors has always been around, but I think people are getting more creative,” says Christine Chadwick LeDonne, a partner at Poppy Events wedding planners in Fox Chapel.

“You’ll see a lot of nonprofits joining with designers. The HollyRod Foundation, they have Shop for a Cause where you can give a donation for your wedding or event and they provide you with bracelets or charm bracelets you can give your guests … You still do the donation but your guests feel like they get to be a part of it.

“A lot of girls, instead of having bachelorette parties they’re coming up with ways to volunteer. Instead of Vegas, they’re heading to a food bank.
“You turn something that could be so self-absorbed into the complete opposite.”

Sandra Villarroel, who owns local photography company Sandrachile, has built her business around the idea of using weddings as a tool to produce social change. She works with couples to help them find a way to do something good with their day, and she offers a discount to a couple if they make a donation to a charity themselves. 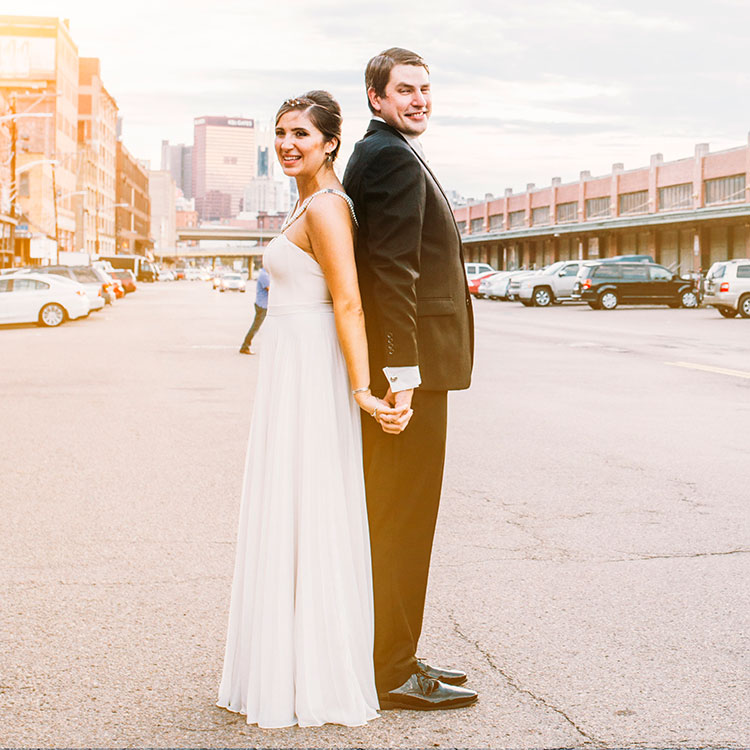 “When I decided to become a photographer, I wanted to do weddings, but I had an issue in my heart,” she says, noting the wedding industry is a $56 billion industry; that’s a lot of money that could go to those in need. “I started … slowly introducing my couples to using their wedding day to be about something more than a wedding.”

​Villarroel says part of her philosophy comes from the fact that she’s a Christian and says she wants to live her life purposefully; the other part is because she’s from Chile, where she grew up around poverty, even temporarily facing homelessness herself.

She won’t say that she only works with couples who agree to give back in some way, but she makes sure clients understand her perspective from the first meeting.

“When they hire me and we have a consultation, they know what they’re getting into,” she says. “Not everybody is comfortable with donating to charity, but there are many ways to produce social change with a wedding. From being eco-friendly, or sourcing everything local (as opposed to big chains) to signing up for a charitable registry oriented to giving back like Heartful.ly.

“All people who do work with me are interested one way or another in changing the world.” 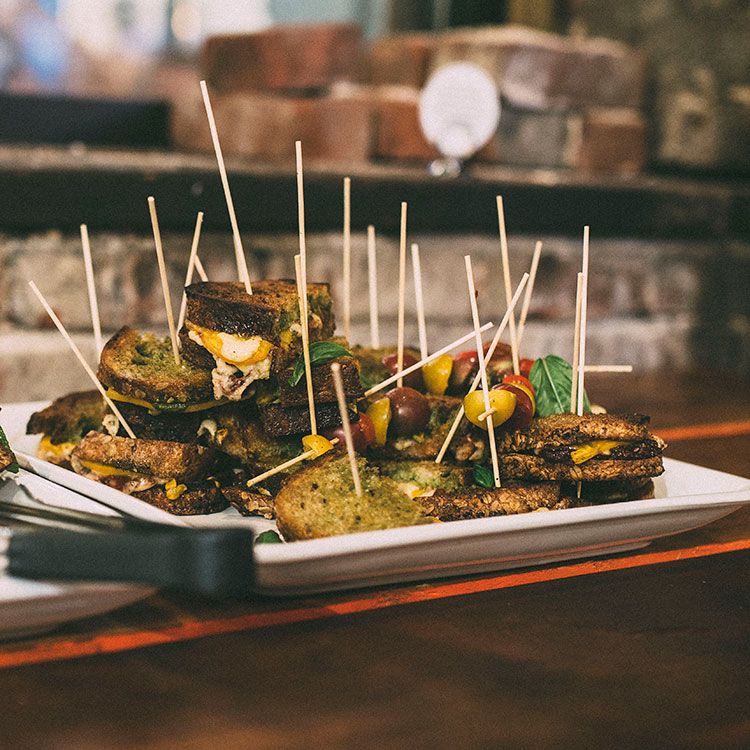 Villarroel has also personally delivered leftover food from a couple’s reception to local homeless people on the street.

Some brides and grooms contact 412 Food Rescue, an organization founded two years ago by Gisele Fetterman and Leah Lizarondo, which connects volunteers who transport food to those in need via an app.

“They’ll handle all of the transporting and making sure it goes to where it’s needed,” she says. “That’s the hard part — I think people really want to donate their food but they don’t know how.”

For her own wedding last spring, Chadwick LeDonne made a donation to Autism Connection of PA in lieu of favors, in honor of her autistic son.

“Anytime I have an opportunity to share some love or throw some love their way, that’s usually the direction I go,” she says. 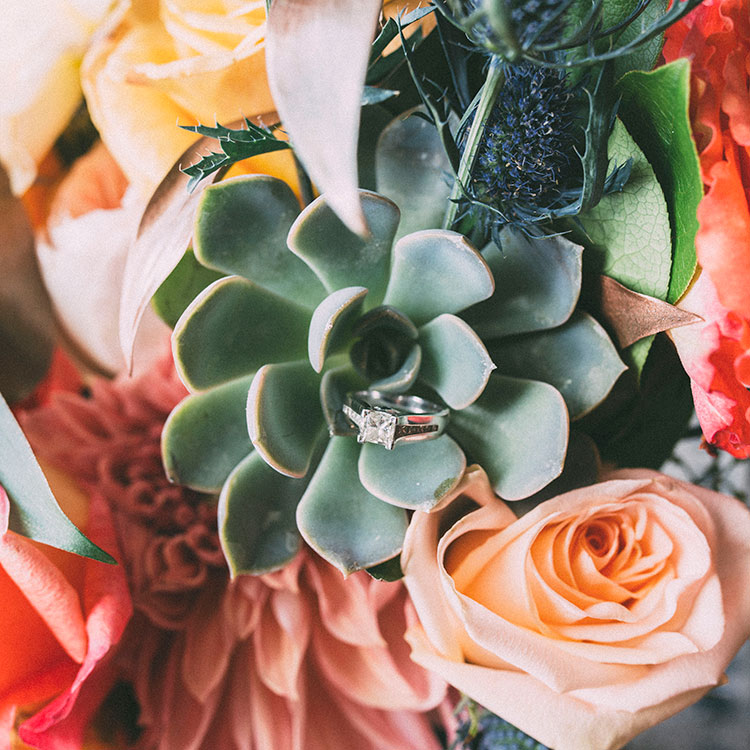 She also donated her ceremony flowers and reception centerpieces to a local group, Centerpieces 4 Seniors, founded by Rose Davidson and Kelli Burns.

Three years ago, Davidson was attending a charity event and realized the centerpieces were not going to be saved at the end of the night.

“I thought, ‘These could go to nursing homes and make residents really happy,’” she says. “I reached out to Kelli because she’s a DJ, and I asked her, ‘When you’re leaving weddings, are there arrangements being left? … And she said, ‘They’re left all the time.’ That’s how we started.”

The mission is more than just making sure there’s no waste; it’s allowing people to share in joyous occasions.

“These flowers these brides are having are amazing,” Davidson says. “Our little mission is to keep the celebration going, letting our seniors partake in the event …

“It takes them to, ‘Oh, I remember my wedding,’” or ‘Oh, I carried those at my wedding, tell me about the bride and groom.’

“We do try to share as many events as we can to get the conversation going about these joyous occasions of life. One little tiny arrangement might have been the only smile they had that day.”

Burns and Davidson have taken their operation seriously since the beginning. They consulted with McKee Organizing Services to learn how best to set up Davidson’s garage, where they and a team of volunteers arrange flowers after a wedding to be delivered the next day to various locations. They received donations from Home Depot in Village Square in Bethel Park for supplies and shelving to house the vases. They’ve connected with numerous vendors across the city such as Blooming Dahlia in Mt. Lebanon, Mocha Rose Floral and Event Design in Garfield and FleuraMetz in the Strip District to spread the word about their mission.

“Obviously the more people we talk to, the more opportunities we have to reach couples who want to pass their flowers on to senior homes,” Burns, of Scott Township, says.

They don’t charge a fee for their service.

“We have a team of volunteers that come and pick up,” Davidson, an elementary school teacher from Mt. Lebanon, says. “After the event, oftentimes at midnight, we take them back to my garage and volunteers cut them down, make them into smaller arrangements. We can put out 125 to 150 arrangements in a weekend, and we deliver them to local nursing homes and hospice.

“We’ve had phenomenal brides who have said, ‘Take it all, take it, that’s wonderful.’”

​Villarroel notes using your wedding as a vehicle for change isn’t for everyone. For brides who don’t want to make a public display, Villarroel suggests they donate their dress to Angel Gowns, a national organization that offers support to families who have lost a baby by providing custom gowns for final photos or burial services. 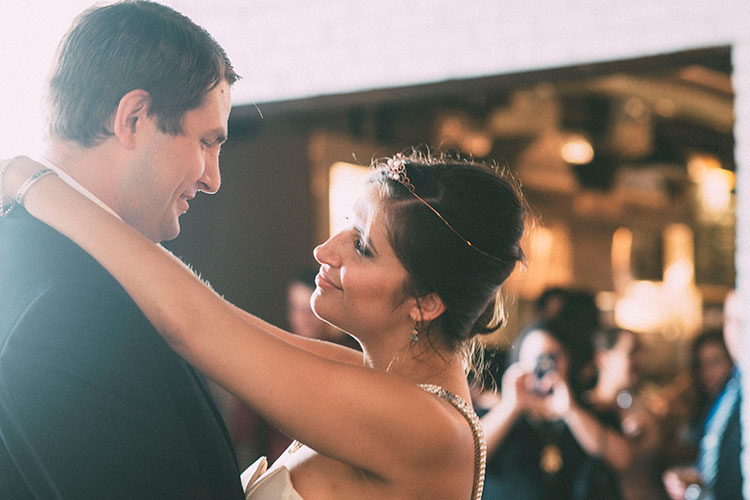 “You can see all the creative ways you can attach weddings and events to nonprofit agencies that really need our help,” she says.

One of Villarroel’s couples, Sarah Coghlan and Don Rugh, made a point to support local vendors for their wedding on Aug. 20, 2016. Coghlan purchased her dress at Glitter & Grit in Lawrenceville, and the couple held their reception at Smallman Galley, a restaurant incubator with four rotating chefs in the Strip District.

“It’s sort of a no brainer,” Coghlan says. “It’s almost easier to go locally, and we feel better about it.”

She says she initially liked a dress at another store better than the one she found at Glitter & Grit, but she chose the latter in part to support owner Erin Szymanski.

“I loved what they had,” Coghlan says. “I loved that a lot of designers used sustainable materials and that she was in this business she started on her own and was doing so much herself.” 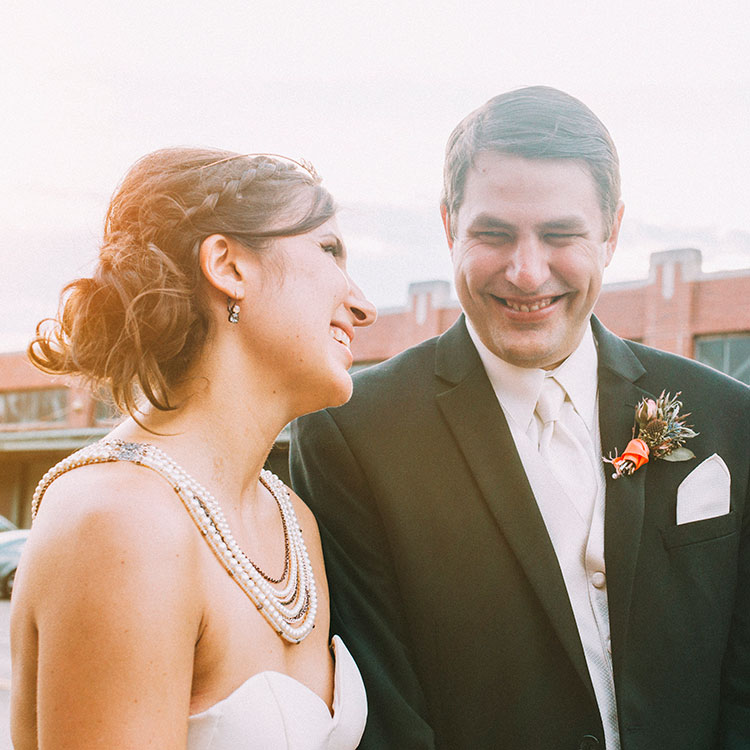 ​Coghlan also says she chose to work with Villarroel after seeing her passion for the industry.

“I’m a frugal person, so a wedding was daunting for me,” she says. “I think a lot of what made it easier was [both] knowing you’re giving it to good people and [that] Sandra donates some of her proceeds to charities that help stop child marriage. I just thought that was amazing that she did that. I feel like that’s very appropriate when a lot of people spend so much money on weddings.

“You want what you want, but you also want it to have some kind of a benefit for others,” she adds. “This is probably the most money we’re going to spend on something in one shot ever, aside from our house, so you might as well funnel that money toward things that can help your own city and your community.”

This article appears in the August 2017 issue of Weddings.
Categories: Bridal Buzz