Steelers fans should take away three things from the glorified Kill the Man with the Ball backyard brawl with the Ravens, which proved that Saturday night is, indeed, alright for fighting:

One, safety Ryan Clark deserves a special place in your heart. Like King James, Clark could have taken his talents to South Beach this off-season. The Miami Dolphins were ready to throw big money at the veteran free agent. Clark was in Miami meeting with the ‘Fins in March when he decided something didn’t feel right. He called his agent and told him he wanted to go home.

A few hours later, Clark was on a plane back to Pittsburgh, his adopted home, with a contract waiting from the Steelers.

"He called me and said, ‘All things considered, I’d rather get on a plane to go home,’" Clark’s agent said. "Honest to God, it wasn’t about the money."

Despite the black cloud that was looming over the Steel City, Clark decided to take a pay cut to stay with the Steelers, just days after the Roethlisberger allegations broke. That should tell you a lot about the real state of the Steelers’ locker room, not the one imagined by the media.

On Saturday, Clark delivered his best Troy Polamalu impersonation by single-handedly turning the game on its head with a forced fumble and an interception on consecutive Ravens drives. Just think, had Clark stayed with his toes in the sand in Miami, it might have been Ryan Mundy or Tyrone Carter in his place. 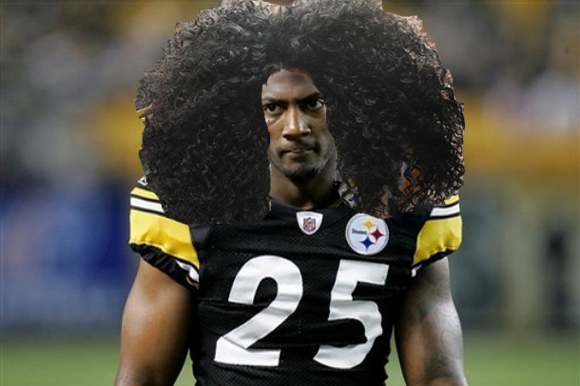 Two, let’s hear it once more for Mike Tomlin. Rookie wide receivers Emmanuel Sanders, a third-round pick, and Antonio Brown, a sixth-round pick, thrived under pressure on Saturday. Tomlin deserves credit not just for finding these bargains in the draft, but for trusting them to perform in the biggest game of the year, and in Brown’s case, on the biggest play of the season.

Antwaan Randle El doesn’t make that catch. Most NFL coaches would’ve played it safe with a veteran in that situation. Thank God Tomlin isn’t like most coaches.

"We need to be bold if we want to be great," Tomlin said in in a Pittsburgh magazine interview shortly after arriving in Pittsburgh. Good to know he’s taking his own advice.

Just another reason why Tomlin is the Coach of the Year.

And three, if you desecrate the Terrible Towel, Lord have mercy on your perm. In 2006, T.J. Houshmandzadeh used the Terrible Towel to shine his shoes after a victory over the Steelers. It took four years for the karma boomerang to come around and thwack him on the ponytail.

When the former "Bungle" Houshmandzadeh bungled a sure-catch that would’ve kept the Ravens alive, surely Myron Cope, wherever he is, was having one of his trademark fits of joy. 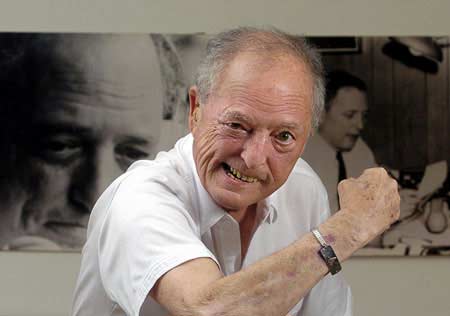 "Hmm-hah!" he probably said, taking a swig from his flask and mouthing incomprehensible flourishes of delight. "And double-yoi!"

Enjoy these amazing highlights from Yinz Luv Da’ Stillers. They will make your soul tingle: