Frey and her husband have just completed an extensive renovation of their home to accommodate the special needs of their 6-year-old son. 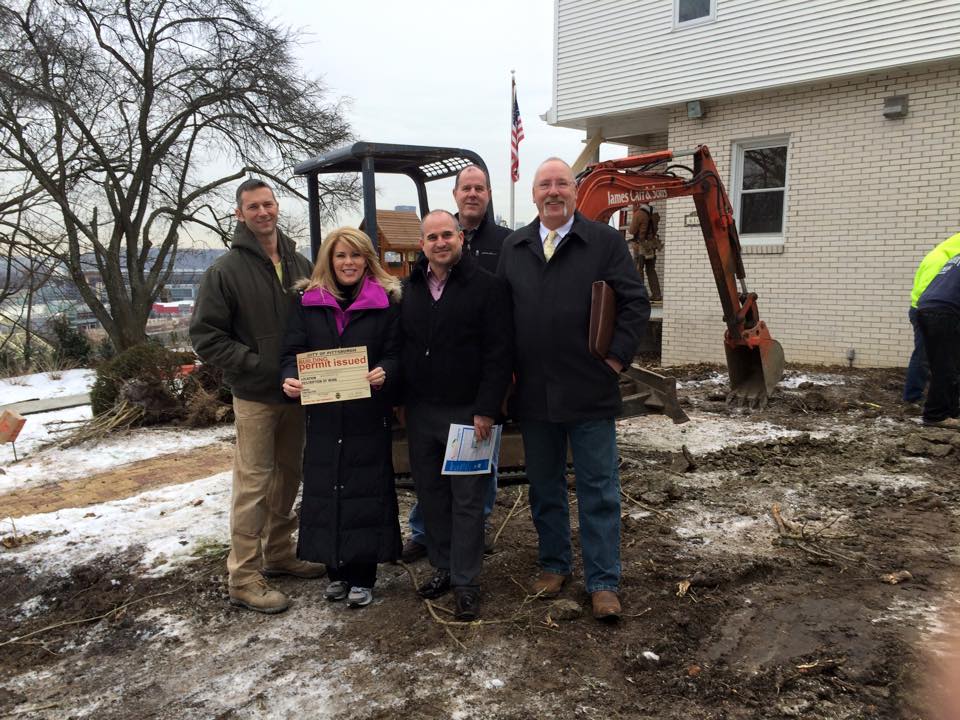 Like most older homes in Pittsburgh, Jason and Kelly Frey Luhn's West End house, built in 1890, was never designed for a someone using a wheelchair.

As their son Bennett, who was born with a severe case of Dandy Walker — a brain malformation — and epilepsy, continued to grow, it became increasingly difficult for him to move around his home safely.

"To get him from one floor to the other, or in and out of the front door, we would have to carry him," says Kelly, a morning anchor at WTAE-TV. "Bennett is 6 years old now and weighs 70 pounds. It's not smart or safe for one person to try and carry him."

After searching for accessible homes in the Pittsburgh area, Jason and Kelly ultimately decided to adapt their house and build an addition. 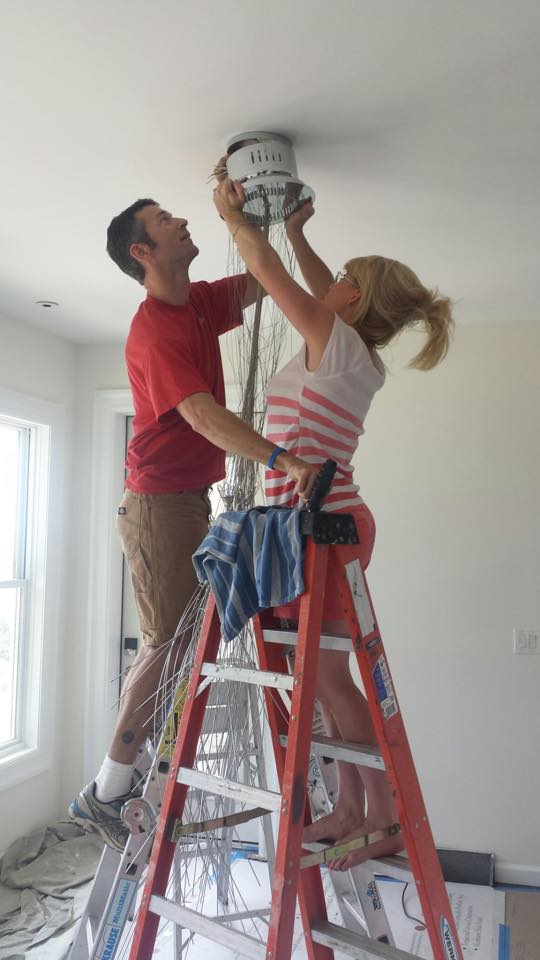 With the help of Accessible Dreams, a nonprofit group that helps people locate barrier-free homes for persons with disabilities, Jason and Kelly hired the builder, Prime 1 Builders of South Fayette, and got to work.

"What made this doable is that we were able to do some of the work ourselves," says Kelly. "It was exhausting but well worth it."

The preparation alone took two years. During the eight months of actual renovation, the family faced no shortage of obstacles. From demolition in 16-degree weather, to layers of coal dust behind century-old plaster walls, the family saw it all.

Now, Jason and Kelly want you to see it.

"We decided to host an open house to show disability awareness and share our ideas with families in similar circumstances," says Kelly. "Pittsburgh is a wonderful place to live, but there is a severe shortage of affordable, accessible homes. Hopefully our open house will provide some ideas and education for builders."

The open house, scheduled from 12 to 4 p.m. on the weekends of Oct. 3-4 and 10-11 is part of the Builders Association of Metropolitan Pittsburgh Festival of Homes Tour.

Open house admission is free. There is no parking at the home, but parking is available at the public lot located at the corner of Main Street and Alexander Street in the West End and a free shuttle bus will take visitors to and from the home. Restaurants in the area will be offering drink and food specials.

To read more on the Building for Bennett Accessibility project, check out their Facebook Page here. 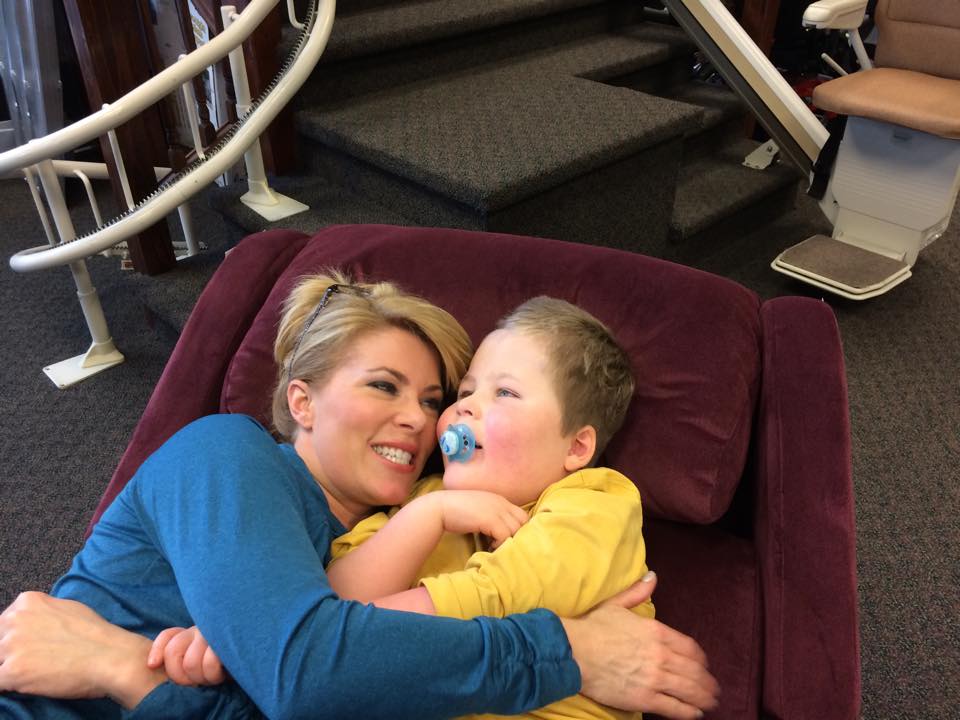 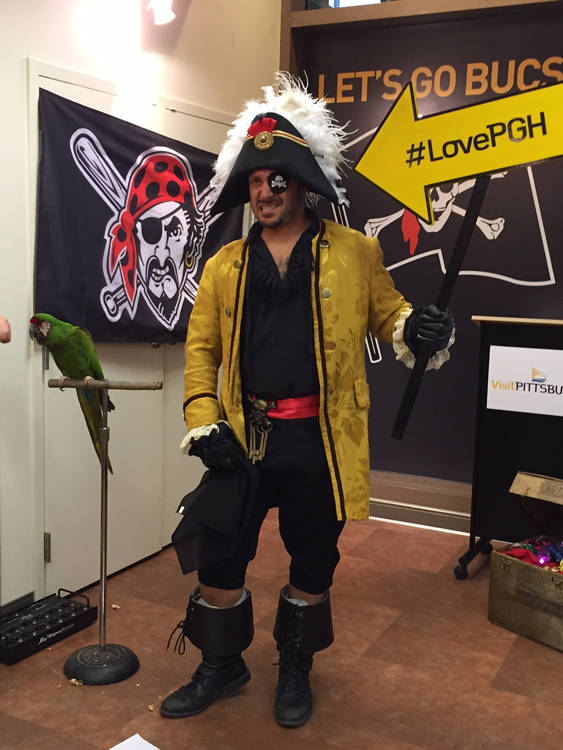 See this guy around town? Quick, snap a selfie with him (don't worry, he won't mind) and post it online. It might earn you some Pirates treasure.

It's part of "The Pirate Find Contest," which was dreamed up by VisitPittsburgh. The contest runs through 6 p.m., Friday, Oct. 2. To enter, fans have to take a photo with Captain Penn Stanwix (pictured above) and must tweet it or post it to Instagram or Facebook using #PirateFind and #LovePGH hashtags.

"The contest is a fun way for us to recognize the Pirates ongoing success and to add to the positive buzz about our team and our city,” said Tinsy Labrie, VisitPITTSBURGH’s vice president of marketing.

Clues of when and where you can find Captain Stanwix will be tweeted out by @vstpgh, instagrammed through @visitpittsburgh and posted here. The winner of The Pirate Find Contest will receive a Pirates Treasure, which includes Pittsburgh Pirates jerseys, hats, Jolly Roger flags and two tickets to the first Pirates home game that follows the regular season.

The winner will be chosen randomly and announced via Twitter and posted on visitpittsburgh.com/piratefind around noon on Monday, Oct. 5. 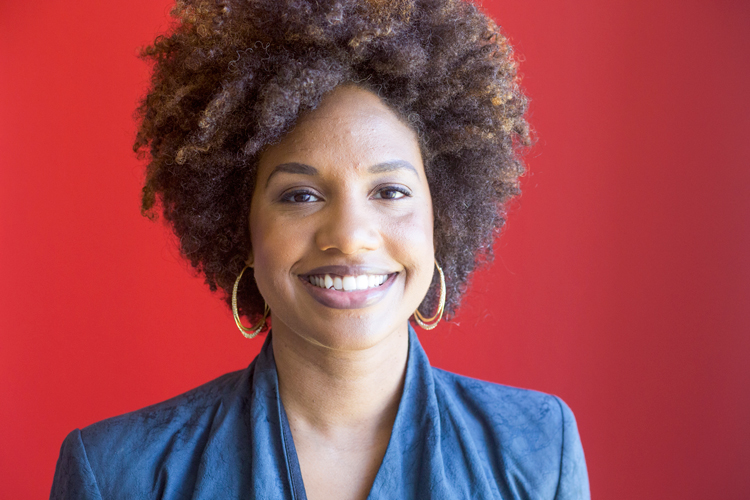 LaToya Ruby Frazier, a photographer in her native Braddock, is one of 24 recipients of this year's so-called "genius" grants from the MacArthur Foundation. The grant, $625,000 over five years, comes with no required evaluations or other strings attached.

The MacArthur Foundation, based in Chicago, calls the award "an investment in a person's originality, insight and potential" and a way to help recipients pursue their "creative instincts for the benefit of human society."

For more than 12 years, Frazier's photography, videography and video art have told the story of Braddock residents fighting social and economic decline. Her work has appeared in dozens of exhibitions.

Last year, she published "The Notion of Family," a book that tells Braddock's story through photos of herself, her mother and grandmother.