Write a Postcard to the President in Market Square

Without lifting a finger, Pittsburghers will have a chance to let President Trump know what they think about his time in office so far. 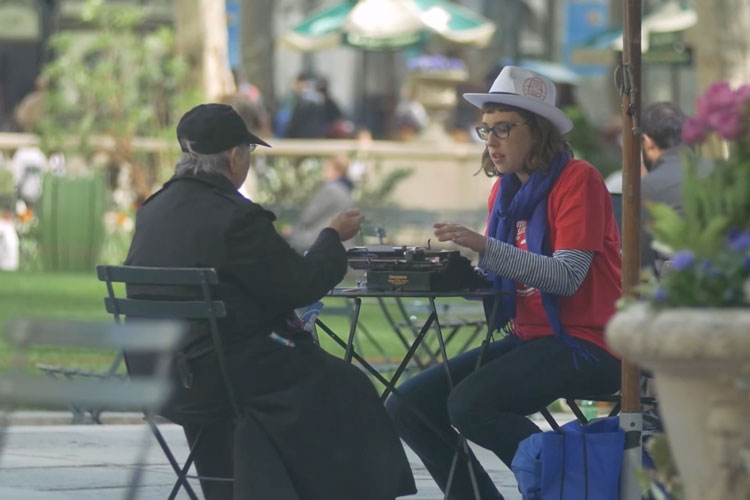 At a special event this month in Market Square, Pittsburghers will have the chance to send a personal message to President Donald Trump.

“I Wish To Say” is a nation-wide “performance” of sorts where artist Sheryl Oring and a team of typists record people’s thoughts, feeling and suggestions for the new president then send them to him on postcards after his 100th day in office.

On April 28 and 29, Oring and her group will line Market Square with their vintage typewriters.

“I’m very excited to bring this project to Pittsburgh at this critical time in our nation’s history,” says Oring. “Pittsburgh’s diverse population, in addition to the important role Pennsylvania played in this last election, makes it the perfect location to engage people in the project.”

Oring began the project in 2004 when she became concerned that the voice of the everyday American wasn’t being heard. Since then, more than 3,200 postcards have been sent to the White House.

Oring keeps a copy of each letter for her archive.

Jeremey Waldrup, president and CEO of the Pittsburgh Downtown Partnership, thinks the event will be a great chance for Pittsburghers to share their thoughts with the current president.

“We are looking forward to providing Pittsburghers with an opportunity to thoughtfully share their messages with President Trump in this unique and engaging fashion,” Waldrup says. “Market Square is our central gathering spot in Downtown, filled with programming, protests, and events — it is the perfect location.”

Want a better idea of what this will be like?