USPS will dedicate a new forever stamp to Fred Rogers and celebrate with a party in March. 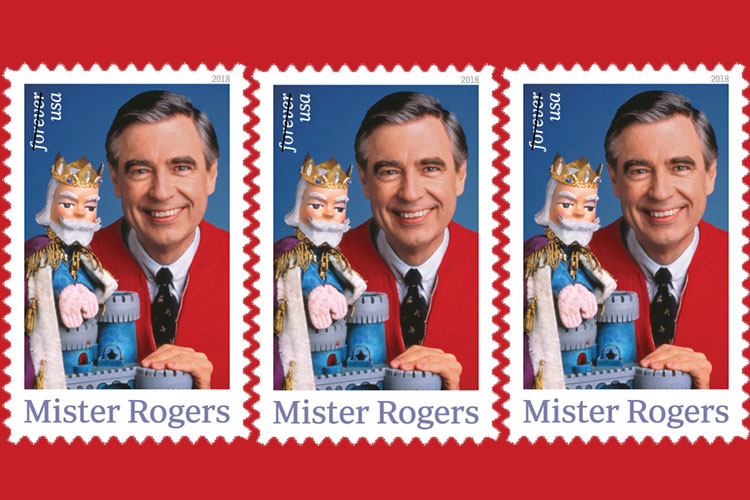 The Forever Stamp depicting Pittsburgh’s favorite neighbor will be dedicated in the studio where the first episode of “Mister Rogers’ Neighborhood” was produced 50 years ago this week.

The United States Postal Service will hold an event to dedicate the stamp, which was announced in December, at 11 a.m. Friday, March 23 in WQED’s Fred Rogers Studio.

William Gicker, manager of stamp development at USPS, says the details of the event are still being solidified, so there is not a complete program outline yet. Past commemorative events have included the singing of the national anthem, a Presentation of Colors and speeches from someone closely associated with the subject matter. Postmaster General Megan Brennan, a Pennsylvania native and the first female to hold the position, will attend the event to give a speech.

Each person who attends the event will get a cancelled stamp as well as a program. For those who are unable to attend, cancelled stamps will be available for purchase on the USPS website, and the event can be streamed from USPS’ Facebook Live recording.

When introducing a new stamp, Gicker says the Citizen Stamp Advisory Committee screens more than 40,000 submissions to make sure that they meet the required specifications. The names of the people who submitted the ideas are redacted.

“Every submission that meets criteria is brought forward with no bias,” says Gicker.

The committee looks for subject matter with the widest possible appeal for the broadest stretch for the American population.

“Fred Rogers was someone that everyone on the committee instantly recognized and knew,” says Gicker. “The valuable work he did with children at a time when there wasn’t really a lot on television for younger kids was just something that they instantly thought would be a very good topic to honor on a stamp.”