Buckle up, Pittsburgh. The fastest production car on earth, Hennessey’s Venom GT, is coming to town. 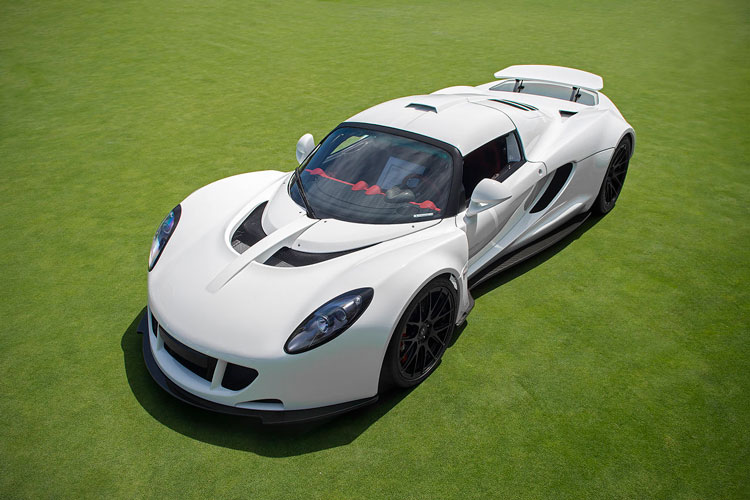 photo by Axion23 via wikimedia Commons

Hennessey's Venom GT is the world's fastest production automobile. And it's coming to the Pittsburgh International Auto Show.

The Venom GT can go from 0 to 200 mph in a mere 14.51 seconds, making it the fastest accelerating hypercar in the world. It also is one of the most exclusive. Hennessey only plans on building 29 Venom GTs, and one-third of them have already been sold for $1.2 million each.

The Venom GT holds the world speed record for a two-seat sports car — it reached a top speed of 270.49 mph on the 3.2-mile Space Shuttle landing runway at the John F. Kennedy Space Center in Cape Canaveral, Fla., on Feb. 14, 2014.

Though 270 mph is nowhere near the overall land-speed record of 761 mph, the street-legal sports car approached the speed of a dragster.

Brian Smith, director of Miller Motorsports Park in Utah, was behind the wheel of the record-breaking drive.

"When you're running 270, you're basically covering about one-and-a-half football fields a second," Smith told The Salt Lake Tribune in 2014. "You can run out of room pretty quick."

Smith said he was still accelerating when he had to begin braking at the 2.4-mile point and estimated the vehicle could reach 280 mph on a longer runway.

A representative from Racelogic, a world-renowned maker of GPS data-acquisition systems, was also at the scene to verify and document the Venom GT’s highest recorded speed. When it set the record, the car was fueled by Pennzoil Platinum with PurePlus technology, a first-of-its-kind synthetic motor oil made from natural gas.

The annual Pittsburgh International Auto Show is set for Feb. 17 through 20 at the David L. Lawrence Convention Center.