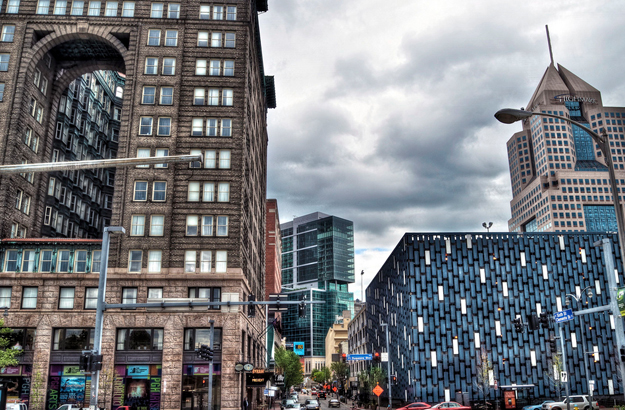 JazzLive International Fest Returns to the Cultural District
As much fun as Memorial Day weekend can be, it often turns out pretty exhausting. Maybe you drove, maybe you hauled the kids around or maybe you had to learn how to roast a pig; in any case, it is now high time you relaxed. And what better way to take your mind off of things than a non-stop explosion of world-class jazz?

For three days, Pittsburgh JazzLive International takes over the Cultural District with a all-out blitz of national and international artists. Things kick off Friday night, when the JazzLive Crawl offers 20 simultaneous performances downtown at nearly every gallery, bar and stage you can name; on Saturday and Sunday, a trio of outdoor stages will host another 19 sets. Don’t miss soul and funk legends The Average White Band Saturday night; also be sure to catch saxophone great Ernie Krivda performing with the Detroit Connection that afternoon. And by the way, just about every performance is free. Check the website for a full list of performers and venues!

Catch a Classic at The Oaks Theater
Oakmont’s legendary Oaks Theater was the first movie theater I ever truly loved. It’s the first place (I think) I saw the uncanny spectacle of The Rocky Horror Picture Show. The first place where I saw a classic on the big screen. The first place I saw a terrible horror movie being openly mocked by rowdy fans. And the first place I ever saw a movie that started at midnight, courtesy of its annual Moonlit Matinees fest. There’s nothing quite like heading out in the dark on a hot summer night and disappearing beneath a neon marquee to see a favorite on the big screen — so check out the full lineup for this year’s festival in this week’s edition of After Dark!

Zip Through the Laurel Highlands
So, you're not a web-slinging Spiderman — just a grown-up without superpowers, jonesing for summer adventure. Seven Springs has you covered with not one but two new zipline courses. The Laurel Ridgeline Canopy Tour, opened last week, offers a half-day in the treetops; outfitted in a way-cool harness and guided by experts, you'll fly through the forest and over the ski slopes, launching from platform to platform. The 10-point tour culminates with a spectacular 1,500-foot run back to ground level. The Screaming Hawk, a shorter adventure, is open to fledglings (anyone 10 and older). Lift your feet, lean back and zip!

In Theaters: In the event that the recent Mirror Mirror wasn’t enough for you, we’ve got another take on Snow White in theaters this weekend — Snow White and the Huntsman, with Kristen Stewart as the princess and Chris Hemsworth as the hunky guy. There’s also taste-challenged horror sequel Piranha 3DD, star-studded Mexican war epic For Greater Glory and Diane Keaton doggie comedy Darling Companion. PM Film Editor Sean Collier will appear on the 102.5 WDVE Morning Show Friday at 7:15 a.m. to review Snow White and the Huntsman; he’ll try to keep himself from referring to the leads as Bella and Thor. Tune in to DVE.com or 102.5-FM for Sean’s review!

You’ll both take charge of your health and contribute to a terrific cause (the American Heart Association’s Go Red for Women) if you party hearty with Zumba fitness on Sunday from 1:00 p.m. to 3:00 p.m. at the Baldwin High School gymnasium. Click here for more.

The only thing better than eating pancakes and sausage on a lazy summer morning is enabling young people to make a difference in their world. At Holy Trinity Ukrainian Catholic Church in Carnegie this Sunday from 9:30 a.m. to 2:00 p.m., you have the opportunity to do both. Click here for more.

This article appears in the May 2012 issue of PMWeekend.
Categories: Things To Do