Last night, PNC Park was the site of a feeding frenzy. Near a food truck. For dogs. 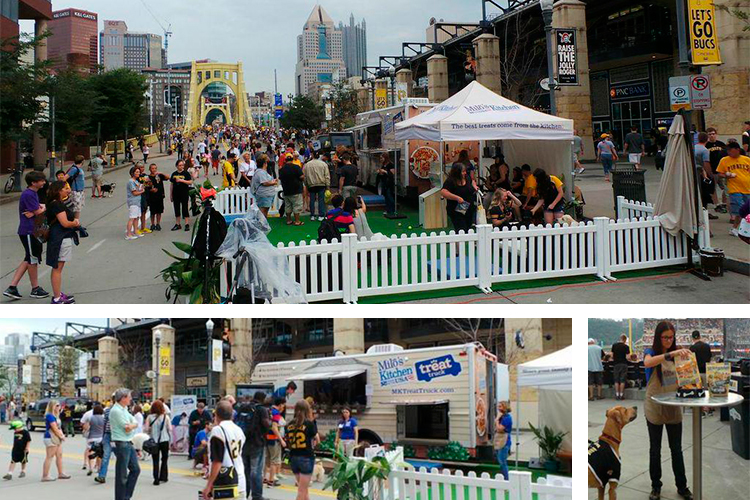 Believe that food trucks are just for humans? Think again. Big Heart Pet Brand, located on the North Shore in the former DelMonte space, let the fur fly last night outside PNC Park. Its Milo’s Kitchen line recently launched a treat truck — which it parked outside the ballfield for Pup Night from 5-9 p.m. (though any proud canine owner could've allowed their pet to take part in the fun, regardless of whether they were attending the game).

The crew brought more than bones, though: There also was a dog-friendly photobooth and the “lapdog” lounge  with bowls of fresh water and dog beds.


Our inexpensive and livable taglines must be generating popularity in U.S. households, at least by U-Haul standards. The rent-a-truck corporation released a report based on the trend of families moving into a city versus leaving, and Pittsburgh is on the positive end with a 6.92 percent increase in truck rentals. The more the merrier, right?


Today, a can of Campbell’s tomato soup reminds us not of sustenance but of the birth of a unique art form — and the life of Andy Warhol.

The innovator of Pop art would have turned 86 today. In honor of his birthday, EarthCam placed cameras at his gravesite
. . .  that are currently streaming online. Tune in to see the stack of soup cans continue to rise and flowers increasingly engulf his tombstone. You can even view the live feed with a Warhol-inspired Pop-art filter (highly recommended).