Ming-Na Wen went from acting in an elementary-school play to portraying peace-keeping agent Melinda May in ABC’s original series “Marvel’s Agents of S.H.I.E.L.D.” 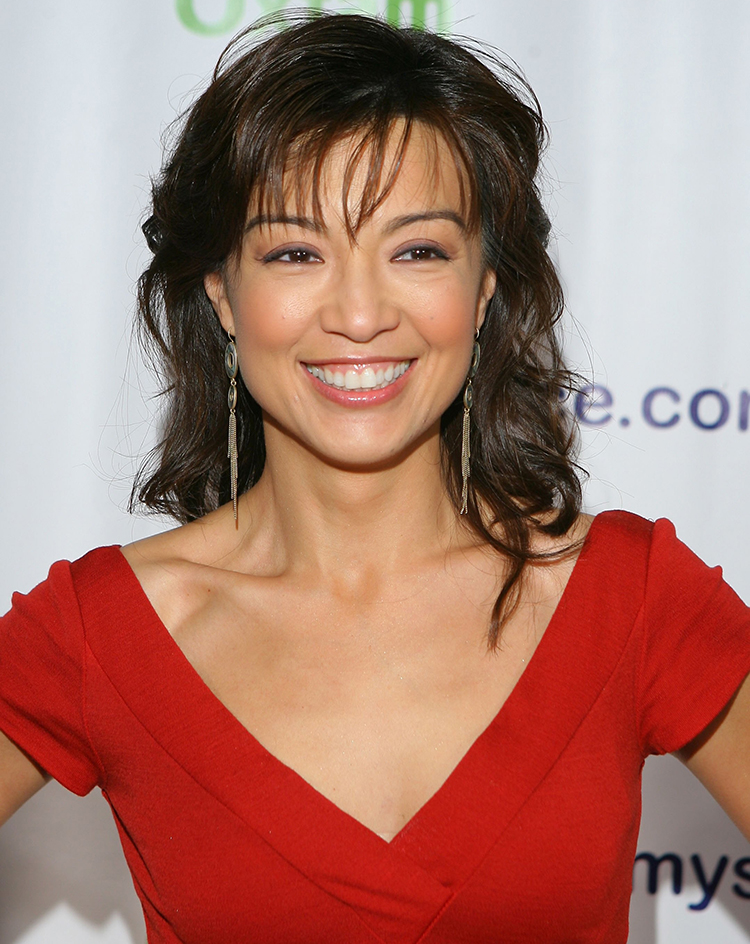 Is adaptability a super power? If so, Mount Lebanon’s own Ming-Na Wen might be as special as the other-worldly heroes she lives among in her new action-adventure TV show “Marvel’s Agents of S.H.I.E.L.D.”

From an early age, the 49-year-old TV and film actress learned how to deal with change. Wen was born in Macau, China, and moved to Hong Kong at age 3. She and her family then relocated to New York when she was about 6; they lived there for five years before settling in Pittsburgh. Though her clan operates the Chinatown Inn, a mainstay downtown, she developed a passion for acting. After graduating from Carnegie Mellon University with a bachelor’s degree in fine arts, Wen was on her way to launching a successful career.

Unless you’ve been living under a rock for 20 years, it’s an easy bet that you’ve seen Wen in action. She appeared on “As The World Turns” from 1988 through 1991. She was featured on NBC’s “The Single Guy” throughout its two-season run and played one of Charlie Sheen’s love interests on “Two and a Half Men.” Her five-year “ER” gig came after an initial stint as a guest star. As for film, she kicked butt in Street Fighter, tugged at heartstrings in The Joy Luck Club and voiced the title character in Disney’s Mulan franchise. If you haven’t seen her at work, you might remember spotting Wen, a mother of two, in People’s 1994 and 2008 Most Beautiful People lists.

A self-professed “geek,” Wen won over the SyFy universe from 2009-2011 in her role as political attaché Camile Wray on “SGU: Stargate Universe.” That gig helped her prepare for what may be her biggest opportunity to date: a starring role on “Marvel’s Agents of S.H.I.E.L.D.,” which centers around Agent Coulson, famous for his role in The Avengers, and his crew as they try to protect the world from bad guys.

What was it like adjusting to your family’s move from Hong Kong to New York to Pittsburgh during your childhood?
I didn’t speak a stitch of English when I came here, so it was a challenge going through special classes. The cultural differences were also challenging for my whole family, and the move from the diversity of Queens to a much more suburban life in Pittsburgh was another harsh leap.

How did you first discover your love for acting?
I played a bunny in my third-grade play. I’ve always been kind of clumsy, and when I made my entrance on stage, I tripped and fell. People laughed, and I wasn’t embarrassed at all. I loved it! I thought it was so cool that I could get that kind of reaction, and I’ve wanted to entertain people ever since.

What’s the main thing you miss about living in Pittsburgh?
My family’s restaurant. It’s one of the last remnants of the old Chinatown area, and I basically grew up there. We lived in a predominantly white suburban area, so that was the only place where I felt like there were people of my background. I felt comfortable and safe there. [Chinatown Inn has] the best egg rolls, and I miss those, too!

Do you have a passion for cooking?
Absolutely. I am a complete foodie, and it pains me whenever I have to go on a diet for a part. I have a huge wok in my house, and we use it all the time.

You’ve built an eclectic resume throughout your career. Did you intend to keep a varied body of work?
I get work wherever I can, honey! Honestly, I’ve done a lot of different things but I’ve always tried to stay true to the things I really wanted to do. When I read The Joy Luck Club, I wished I could be a part of the movie someday, and it came true. I’m a huge sci-fi geek. I played “Dungeons & Dragons” and hung out in arcades, so it’s a huge blessing that I’m now on [“Marvel’s Agents of S.H.I.E.L.D.”].

Are you ever recognized strictly for your voice-over work?
[Yes], and it’s kind of odd to be recognized for playing an animated character. I recently did a photo shoot, and a wardrobe woman told me that her roommate freaked out that she was working with me … because I was Mulan!

You’ve worked in everything from sitcoms to soaps. Which project required the toughest schedule?
Definitely “S.H.I.E.L.D.” [“Strategic Homeland Intervention, Enforcement and Logistics Division”] because anything with this much action requires long hours setting up stunts and explosions — plus, you’re never shooting in a pretty place. You need a lot of mental focus, as well as physical strength and endurance. But it’s also so much fun!

This article appears in the September 2013 issue of Pittsburgh Magazine.
Categories: Arts & Entertainment