Women Take the Power (and the Stage) 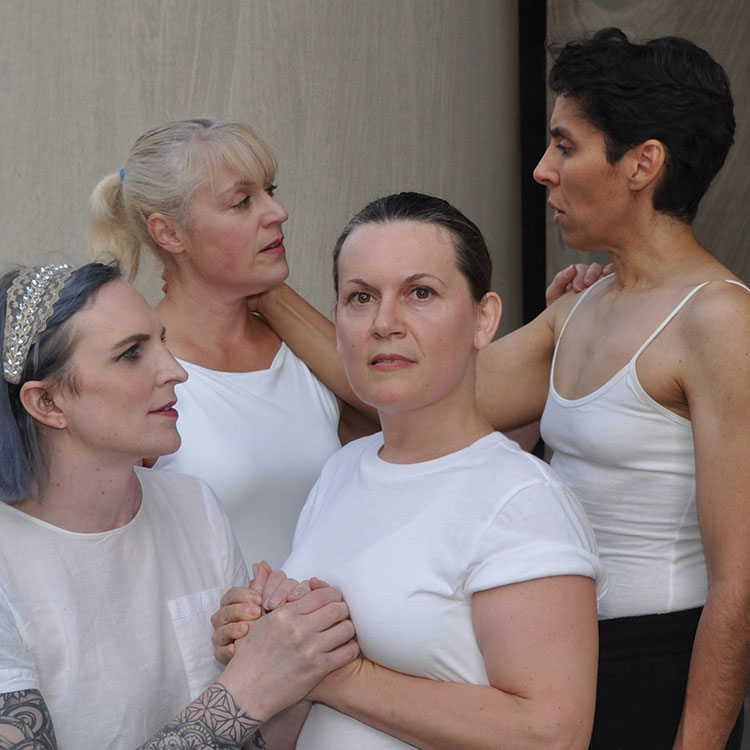 In Shakespeare’s day, all characters, both men and women, were played by men. This September, the script will flip.

To celebrate its 15th season, Pittsburgh Shakespeare in the Parks will present “Julius Caesar” as the company’s first all-women production. The political drama — the second of Shakespeare’s histories produced by the company — will open on Saturday, Sept. 7, in Frick Park as part of the annual Britsburgh Festival. Through the end of the month, the show will be performed at Arsenal, Highland or Frick parks on Saturdays and Sundays.

Directed by local actor Elena Alexandratos, the play is going to be a “truthful telling of the story of Julius Caesar” that offers the audience a different perspective, she says.

“I chose to do ‘Julius Caesar’ with all women because it’s not about the male characters, it’s about power.”

“Julius Caesar” was first performed in 1599 in the Globe Theatre in London. According to Artistic Director Jennifer Tober, who founded the company in 2005, these are not women playing men, only women playing the roles.

“We’re trying to erase the traditional gender stereotypes that stipulate that certain roles have to be played by men. We’re saying that we are not going to pay attention to those things; our emphasis is on the story.”

“When you transcend gender and take gender out of the equation, you’re trying to really get at the essence of the characters — to reach the deepest human level,” says actress Irene Alby, who will take on the role of Caesar. “We don’t want our acting to become a sort of superficial representation of male physicality. That’s not what’s interesting about the story… what’s interesting is what’s at the core of the character and how that influences politics and relationships during this struggle for power.”

For Alexandratos, women bring something new to the roles.

“We, as women, have various roles that we must take on in everyday life,” she says. “We are caretakers but also breadwinners; we’re doing the laundry, making dinner and even going to yoga, all while making sure that a business proposal gets finished and sent out on time. A woman is going to bring sensibilities to the show that a man may not be able to offer, bringing the perspective of an actor wearing many hats, just like women do in daily life.”

The play, named after the famous Roman leader, details the history of Caesar, his assassination and the power struggles and conflicts that follow.

“It’s a very politically relevant play right now because it’s about politics, power and the relationship between them,” Alby says. “There are friends, warriors and power-hungry politicians who will do whatever it takes to gain the power … It’s pretty apropos in what’s happening nowadays in politics in the U.S. and around the world.”

The eight outdoor performances are free, but donations are recommended. Attendees are encouraged to bring folding chairs or blankets and a picnic. Friendly dogs are also welcome. Productions will take place rain or shine, except in the event of dangerous storm conditions.

“I think that for most people, we do theater differently from what they may have seen or experienced in the past,” Tober says. “We put an emphasis on telling the story, and it’s so beautiful being out in the parks for a show.”