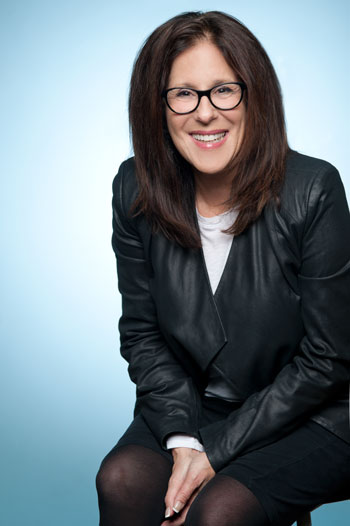 In the mid-2000s, Long Island, New York-native Audrey Russo was working in Pittsburgh, experiencing firsthand “a simmer of a renaissance” in the area. With director roles at Reynolds Materials and Alcoa in IT support, business development and human resources, Russo was at Maya Design when she was approached to interview for the CEO position at the Pittsburgh Technology Council. The council is an organization that helps tech companies access capital, customers, talent and visibility. A “dark horse” candidate, Russo was hired in 2007 and has since brought her own kind of renaissance to the organization.

The Pittsburgh Tech Council was created 32 years ago. Russo has taken the organization back to its original vision while still forging her own imprint: focusing on public policy and advocacy; ensuring all entrepreneurs have access to capital and the required talent; connecting members to customers; providing visibility; and creating a business community that connects tech companies and therefore builds the strength of the region.

The organization helps to attract out-of-towners and introduce them to job opportunities.

“People come in pairs – and they want to know it’s not the only place they can work here,” says Russo, who earned her bachelor’s degree at Ohio State University and master’s at Syracuse University. “The more we create pathways for people, the better they can feel about the region. They can feel that there is vitality here.”

Russo, the current board chair of the World Affairs Council, enjoys working with more established companies and connecting them with the innovators. She says it’s important for large companies to understand what’s out there – “typical ideas that never would make it through normal procurement processes.”

When Russo first came to the Tech Council, she recognized the lack of understanding about the “next iteration of intersections” – there was no platform for the convergence of technology and art. In partnering with local art organizations, she started the Creative Industries Network where technology and art converge.

“We’ve been really forward-thinking and moving the needle in terms of what’s happening here,” says Russo. “We’ve coalesced typically siloed communities to blend and perpetuate innovation, leveraging the fine arts to the industrial designers to the maker community to human-computer interaction to robotics.” 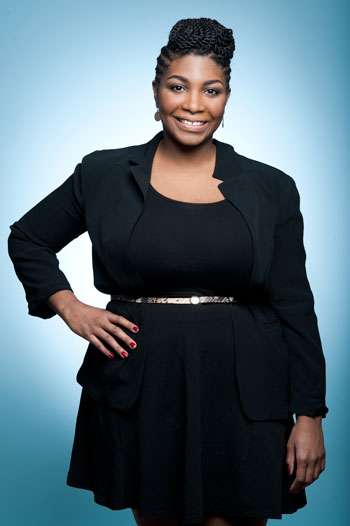 Inspired by the “start-up energy” in Pittsburgh a year and a half ago, Courtney Williamson started her own company, AbiliLife, which holds a very personal connection for her.

“My mother has had Parkinson’s disease for about 25 years, and she has daily problems with balance, posture and falls that affect her life – and there are no solutions for her,” says Williamson, a Baltimore native who earned her bachelor’s degree in psychology at Spelman College in Atlanta and is currently in her last year of her Ph.D. in organizational behavior and theory at Carnegie Mellon University.

Williamson had an innovative idea: a brace that would be able to hold patients upright for hours. Ultimately, she had reached out to CMU’s Project Olympus, a center that accelerates the process of moving great ideas to development, where she was linked to CMU engineers. They spent a year developing the first prototype.

She then applied to CMU’s AlphaLab Gear, a hardware and robotics startup accelerator program that helps entrepreneurs in the early stages of product and customer development. She was accepted and introduced to a biomedical engineer who would help develop Williamson’s prototype to become a marketable consumer product.

The market is even larger than just Parkinson’s sufferers. Balance and posture is also an issue with the elderly – Williamson says that by 2020, nearly $60 billion will be spent on falls alone. Williamson and her team are building products that will redesign the way that patients are balanced. The balance brace re-shifts patients’ balance to right under their feet, pulls the shoulders up and back and realigns the spine.

Rounds of testing and measuring safety, effectiveness and comfort, continue to improve on the balance brace, which is expected to be available to consumers online (abililife.com) by June 2015.

“We’ve been able to talk with patients, caregivers and neurologists, and one of the biggest things is that they’re afraid to move because they’re afraid of falling,” says Williamson. “If we can reduce that fear, that will do wonders for their morale and feeling that they can move and lead lives.” 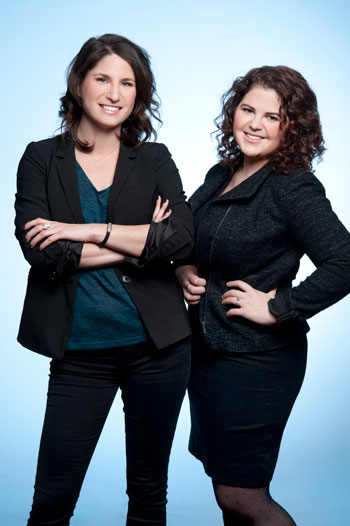 Any larger-busted woman will tell you that finding a comfortable, supportive bra is a challenging task. Local designers Sophia Berman and Laura West decided to do something about it.

Both armed with degrees in industrial design from Carnegie Mellon University (Berman in 2007 and West in 2013), they were accepted into the AlphaLab Gear program, a startup accelerator that provides companies with a small seed investment, office space and mentorship. They created Trusst Lingerie, which designs bras with support structures sizes DDD and up.

“The larger the breast, the more it weighs, and typical underwires don’t adequately support the weight of the breast,” says Berman, who previously worked in soft goods, manufacturing and production. “We’ve engineered a patent-pending structure that will be comfortable and breathable and offer a lot more support.”

Berman, the CEO, handles more of the day-to-day logistics, while West, the chief product officer, handles the development and prototyping of the products. Both work together on the design, customer outreach and user testing.

“Our main goal is to provide women who haven’t been helped before with something that can actually support and enhance their natural breast shape,” says West, who previously worked at a design consultancy in Pittsburgh. “We’re targeting an underserved market in the U.S. with a unique design. The reality is that eight out of 10 women are wearing the wrong bra size. We want to educate them on proper fit to reduce common discomforts such as backaches, shoulder pain and other issues.”

The company, joined by a team of engineers, launched in September and is in the prototyping and testing phase. They envision selling their products both through their own e-commerce site as well as in specialty retail stores across the country. Interested testers with cup sizes F, G or H, can email info@trusstlingerie.com for more info. 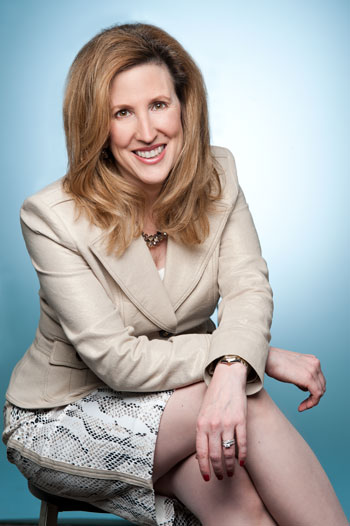 Titina Ott Adams credits much of her industrious nature to her early work on a produce and flower farm in New Alexandria, Pa. After beginning her career at Price Waterhouse, she transitioned to Oracle, a computer technology corporation based in Redwood Shores, Ca., that develops hardware and software products, which are designed to eliminate complexity and cost for its customers. She currently serves as vice president, Worldwide Alliances and Channels.

“One of my strengths and what I enjoy doing is optimizing businesses – making them run more efficiently, lowering the cost of sales, and ultimately working towards creating a frictionless, best in-class experience for the customer,” says Ott, who earned her bachelor’s degree in management and MBA in management information system and marketing at Case Western Reserve University in Cleveland.

She is responsible for the operational excellence of Oracle’s 28,000 global Alliance and Channel partners and has led the transformation of how partners do business with Oracle. She is working with her team on growing Oracle’s channel business through innovations, such as the new Oracle Partner Store, which executes more than 300,000 transactions online in 150 countries. Prior to Ott’s current role, she operated as vice president of Global Operations for Oracle University, the education, training and certification division of Oracle that teaches skills that directly align with real-life IT jobs using Oracle technologies.

Back in 2000, she saw an opportunity to globalize and optimize Oracle’s many different education organizations and learning registration systems. She managed the worldwide operations and was responsible for supporting more than 600,000 students and 450,000 online learning subscribers in 72 countries. She standardized business processes, practices and job roles and built offshore centers, resulting in millions of dollars in savings.

“Being a great leader is having the ability to help others see the potential in themselves,” says Ott, who founded the Oracle Women’s Leadership program, which enables women to cultivate their leadership capabilities, growing to more than 50 communities worldwide. “My focus is on building a world-class organization that serves our customers and partners with a world-class experience.”

This article appears in the February 2015 issue of Pittsburgh Magazine.
Categories: Women & Business