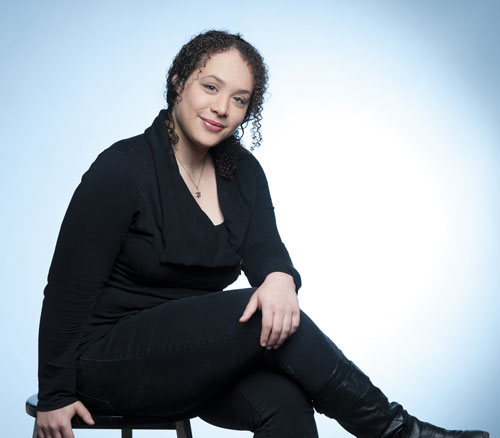 What started as a class project for Hahna Alexander at Carnegie Mellon University has quickly transformed into a hotly anticipated consumer electronics item that was named one of Popular Science’s “Inventions of the Year” – all before the product has even hit the market.

Alexander and her co-founder, Matt Stanton, launched the company SolePower in 2012 (with the help of AlphaLab Gear accelerator). Its first product is SolePower EnSoles – a wearable, energy-harvesting device that powers smartphones and other portable electronic devices. The device is placed in the shoe (like an insole), and when walking occurs, it creates and stores power in a battery that fastens on top of the shoelaces or around the ankle. For every hour of walk time, the user gets an hour of talk time back on a portable device.

“It’s a very difficult technical challenge – there’s a lot of really fast, dynamic components moving in a very small space,” says Alexander, who hails from Ithaca, New York, and earned her bachelor’s degree in 2012 in mechanical engineering and her master’s degree a year later. “We’ve gotten better at improving power output, durability and comfort. At this point, we’re the experts on wearable energy harvesting.”

The product, which will be released to the public next year, will target several different markets: outdoor enthusiasts; consumers; people in countries without access to reliable power; and the military. A typical soldier carries 20 pounds of batteries per day, and this product could reduce weight and fatigue.

After the company left the accelerator, it announced a Kickstarter campaign and raised more than $60,000 from hundreds of investors. This spurred more interest in the product. Alexander was named Tech Hero at the Glamour Women of the Year Event and was nominated for Forbes 2015 30 Under 30 in Energy.

“I want to see this in everybody’s shoes,” says Alexander, a former NASA intern. “I hope it will change the way people think about motion and energy. If you can understand exactly how much effort it takes to generate a certain amount of power, then people will be more conscious of how much they’re moving and how much energy they’re wasting.” 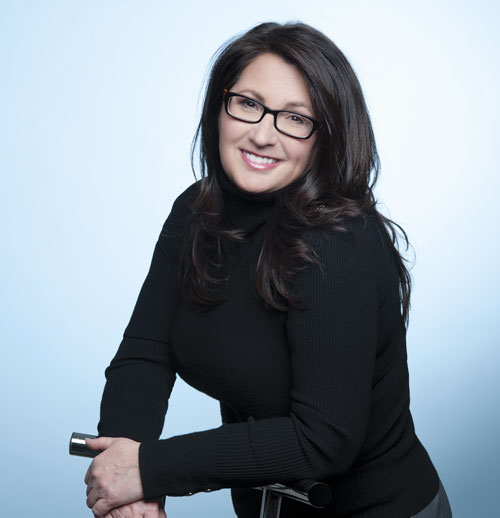 Dawn Fuchs was working as a stockbroker and branch manager for an IPO firm in Arizona when her father, Donald Fuchs, asked her to move back home and work with him at his relatively new company, Weavertown Environmental Group. In 1988, she joined her father and learned the company from the ground up. Fifteen years later, she became president and CEO.

Weavertown Environmental Group (WEG) was founded almost 35 years ago with the mission to resolve the most critical environmental issues of business, industry, government and the public. Today, WEG researches, designs and develops innovative methods to execute its contracting projects in efficient ways to ensure the environment is protected.

“I’m really innovative, and I like building teams,” says Fuchs, a Canonsburg, Pa., native who received her bachelor’s degree from Robert Morris University. “When a team is working well together, that’s when you win Super Bowls. I like to think we’re winning Super Bowls all the time in our field.”

In her role, she is responsible for growing the company into a profitable entity as well as developing a staff comprised of a “very diverse group of people.” Since becoming CEO, she has maintained a 200-person headcount and has tripled top-line revenue. She continues to develop new marketplaces, including a new and big presence in Ohio where the company has expanded operations in the Utica Shale oil and gas industry and other industries. Fuchs also recently negotiated a deal for a 125-acre site in Monaca, Pa., now an industrial plant that will be located near the proposed Shell Cracker facility. This is part of Fuch’s goal to make Weavertown a nationally and internationally known player in environmental services.

“I look at my job as a hobby – I really enjoy what I do, and I get to work at my hobby every day,” says Fuchs, who has mentored others through the Institute for Entrepreneurial Excellence at the University of Pittsburgh for the past five years. “It covers my need for personal growth and development, and I’m also motivated by seeing people around me develop their careers and become leaders.” 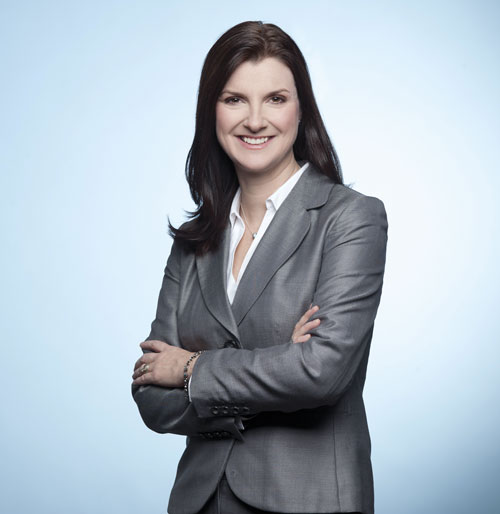 Headquartered in Pittsburgh, EQT is one of the largest natural gas production companies in the Appalachian Basin, with operations in Kentucky, Ohio, Pennsylvania, Texas, Virginia, and West Virginia. EQT has two primary business units: production (exploration, development and drilling of wells); and midstream, which is the pipeline and compressor station infrastructure needed to move gas to market.

Charletta’s goal for midstream operations is to move as much gas as possible in the safest, most efficient manner.

“What I love about the industry is that almost everyone uses natural gas in some way on a daily basis, yet they rarely understand where that gas comes from and how it gets to their homes and businesses. What I do everyday affects people everywhere,” says Charletta, who is from Sutersville, Pa., and holds a bachelor’s degree in petroleum and natural gas engineering from West Virginia University. “As an engineer working in operations, I have a unique perspective, and I continually work on process improvements that enhance our operational efficiency.”

Charletta says that with the onset of Marcellus Shale, EQT now is moving very high volumes of gas. She has made it a priority to increase reliability and acquire skilled employees as she continues to manage a rapidly growing infrastructure.

“It’s critically important that we develop our existing talent,” says Charletta, who also heads EQT’s Women in Energy resource group that helps with career development of women. “We must train people to fully utilize new technologies and continue to develop leaders who will help navigate the constant change and rapid growth of our business.”

Charletta says the next step is to continue fueling other U.S. markets, including the growing demand for natural gas in the Southeast. The supply of Marcellus gas has heightened the need for additional midstream infrastructure to transport this gas to other parts of the country, which Charletta says places EQT in a favorable position and also contributes to the nation’s drive for energy independence. 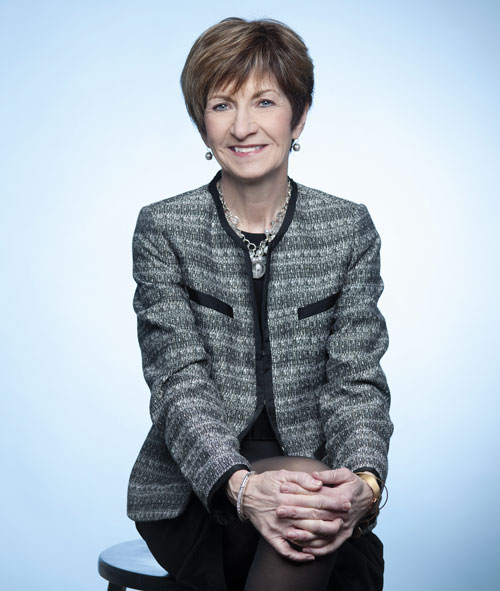 Carol Jean Fry has spent her professional career in the education world – a passion that began with her first job as a high school teacher to her current role as director of the Indiana County Technology Center.  ICTC is a regional technology facility dedicated to providing students with high priority, industry-certified technical career programs.

Fry, with the help of her administrative team, district superintendents and a supportive board, is responsible for the overall operations of the school and its more than 800 high school and adult students. Since Fry became director in 2005, the ICTC now serves all seven schools districts in the county. In addition, a successful practical nursing program was started (with a satellite location in Pittsburgh), and the center now offers fully accredited adult education classes.
Under Fry’s direction, the ICTC’s focus on adult education for the oil and gas industry has made a huge impact. Since 2011, ICTC has trained more than 5,000 employees from 45 regional oil and gas companies with safety training.

“When employers are considering where to locate, they first ask: ‘Are there trained employees, or how rapidly can we train employees?’” says Fry, a 2005 ATHENA Award winner for Indiana County who earned her bachelor’s degree in marketing and business education at Indiana University of Pennsylvania and her master’s in vocational education from the University of Pittsburgh. “If Indiana County is going to grow and thrive, we have to be that place where companies can contact us with their training needs, and we can assist them.”

ICTC is working to raise $9 million to bring a Challenger Learning Center and a STEM Academy. The Challenger program would be the only one in Pennsylvania and would impact students in 22 surrounding counties. Students will be transported to the ICTC site where they would learn about outer space through hands-on space simulation and role-playing strategies. The STEM Academy would be designed for high school and adult students and would focus on three modules: engineering/advanced manufacturing, energy and biomedical. Fry believes these programs would build interest in these career areas and develop a pipeline for the future workforce.

Don't miss our next Women in Business networking night. Click here to learn more about the April 23 event, presented by First Commonwealth Bank.

This article appears in the April 2015 issue of Pittsburgh Magazine.
Categories: Women & Business