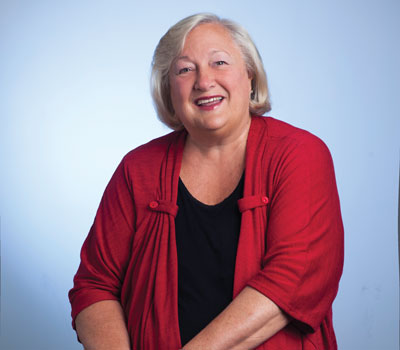 When Leslie Wojdowski joined WTAE-TV’s Sales Department in 1974, she was the first woman account executive in Hearst Broadcasting.

For the past 25 years, Wojdowski has served as WTAE’s director of marketing, a position created specifically for her skills. She works with the sales staff on new business development, finding creative ways to solve client problems, while making revenue and impacting the region using all the station’s platforms.

Wojdowski’s career at WTAE has had many newsworthy highlights: In 1990, she was the first Pittsburgh recipient of the Hearst Eagle Award for Salesperson of the Year; following the USSR’s Perestroika, she was on the team of U.S. experts sent to teach management and revenue generation to Russia’s newly private TV stations; she was instrumental in helping grow and create community awareness for both Komen Pittsburgh Race for the Cure and Athena Awards Program of Greater Pittsburgh from their inception; she created two of the most successful, longest-airing promotions on WTAE, Winterfest at Seven Springs and Summerfest at Kennywood; in 2005, she was the first person in sales to receive the Media Association of Pittsburgh’s Outstanding Achievement in Television Award (other notable recipients include Fred Rogers, Paul Long and Joe DeNardo); and she was honored with the Komen Pittsburgh 2014 Terry L. Chapman Award.

For women who aspire to an equally decorated career, Wojdowski says “Move up or move on.”

“Women stay too long in a position, waiting to be recognized for their great work and to be promoted to the next level,” she says. “Create your own recognition and arrange your own promotion by going after that next position wherever you can find it.”

“I’ve had a great run with a dynamic job at an amazing company in a market I love . . . it has never been easy, but it has been incredibly satisfying,” says Wojdowski. “Now, my personal goal is to discover what the next chapter in my life is going to be and hope I am as fortunate with that endeavor as I’ve been in my career at WTAE-TV.”

This article appears in the October 2016 issue of Pittsburgh Magazine.
Categories: Women & Business