Debbie Powers is Director of SMB Outside Sales for Comcast. 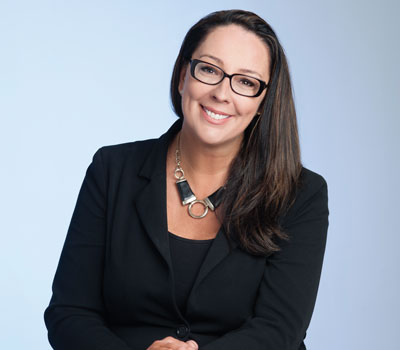 Debbie Powers, who played division 1 basketball in college, describes herself as a 6-foot 3-inch woman who wears 4-inch heels. To other women in business, Powers says to make no apologies for who you are.

“You have to be prepared to take risks,” she says. “You will win and you will lose, but fail fast and keep going.”

After moving her family from Tampa to Pittsburgh to work for Comcast, Powers, her husband and two younger sons have become proud to call Pittsburgh their home.

As the director of SMB Outside Sales for Comcast, the largest telecommunications company in the nation, Powers leads a sales organization that gains market shares and creates brand awareness for Comcast in the region. She and her team provide technology solutions for business customers regarding internet, phone services, cable television and more.

“We focus on product delivery but we lead with a huge emphasis on the customer experience,” Powers says.

Powers is on the board of Women in Cable and Telecommunications and the executive committee for the Black Employee Network; she leads with inclusion and diversity and considers these things to be a cornerstone of her success. She is a five-time President Club winner, 2011 Leadership Rising Star and a Women’s Leadership Circle Class X1 attendee.

Mentorship is something that Powers takes seriously, and she doesn’t wait for an opportunity for an official mentor program.

“I keep my eyes and ears open and seek women who are eager to improve their leadership skills, and then I coach from the first handshake,” she says.  “Mentorship is a two way street and too often we wait for it to come to us, when we need to slow down and realize opportunity to make an impact is all around us.”

This article appears in the October 2017 issue of Pittsburgh Magazine.
Categories: Women & Business