Kathi R. Elliott is the CEO of Gwen’s Girls. 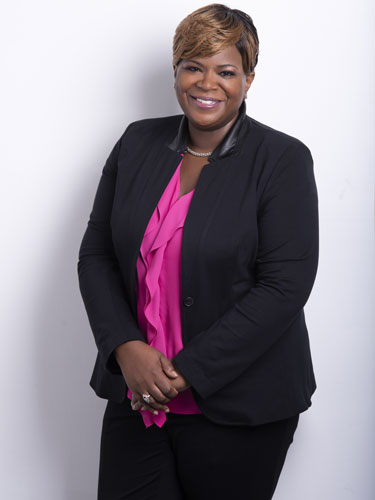 When Kathi Elliott’s mother founded Gwen’s Girls in 2002, she noticed that there was a lack of places to refer families to for girls who needed additional support, activity or overall services.

“The services provided were focused on the needs of boys or framed around boys, so she started a program just for girls after she retired,” says Elliott, who took over as CEO almost four years ago.

Today, Gwen’s Girls serves girls who are living in mostly low-socioeconomic, high-crime areas with three program sites located in the North Side, the East End and Wilkinsburg. The services include after-school programs, group sessions about social and emotional learning, anger management, conflict resolution, leadership and advocacy and a mentor program.

As the CEO, Elliott has a hand in every part of Gwen’s Girls. “My role is to be the visionary and be out in the community raising funding and awareness,” she says. “I need to be aware of the best practices and what most likely will impact [the girls] lives in the most positive way.”

Elliott describes herself as hard working — a fair assessment, because in addition to her role as CEO, she is also a professional psychiatric nurse practitioner at the VA Pittsburgh Healthcare System. In 2014, she earned her doctorate degree from Chatham University

“That degree was one of the hardest things that I did, but I accomplished it,” Elliott, who has also served on the University’s Board of Trustees as an alumni member since 2017, says. She has also served as a commissioner for the City of Pittsburgh’s Gender Equity Commission since its formation in 2018.

To other women in business, Elliott advises that they be open to collaboration, something she learned from her mother while watching her achieve great strides by working with and receiving mentorship from other women.

“Build a network of people you can draw upon and give back to at the same time,” she says. “A reciprocal type of support is what I believe makes us achieve greatness.”

This article appears in the July 2019 issue of Pittsburgh Magazine.
Categories: Women & Business