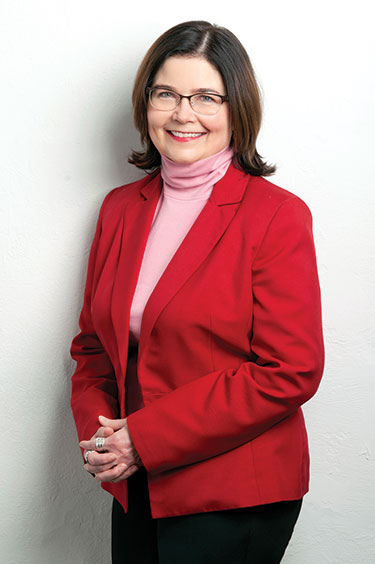 When Betsy Krisher was hired by Maher Duessel in 1991, she was the fifth employee.

“I’m hoping to continue to grow Maher Duessel’s commitment to the nonprofit and government sectors throughout Pennsylvania and the surrounding areas,” she says.

Doing so would be just another day at the office for Krisher, who describes herself as “an energetic juggler of responsibilities with a love of learning.” Krisher says she wants to help others be their best selves. To that end, she acts as a mentor for other women within the firm and works with the Executive Women’s Council.

Krisher is a lifelong Pittsburgher, born and raised in Greenfield. She graduated from the University of Pittsburgh in 1985. She’s lived in Penn Township since 2000.

Previous to starting at Maher Duessel, Krisher worked as an audit manager at Ernst & Young for six years.

Krisher was named a 2018 Woman to Watch by the Pennsylvania Institute of Certified Public Accountants.

Becoming a managing partner at the firm in 2016 was a proud moment, she says. Krisher also cited being a mother to four children and a grandmother to one child and two foster children as points of pride outside of the office.

To other women in business, Krisher advises focusing on advancing the missions of your clients. The best way to grow your career? “Become an industry expert.”