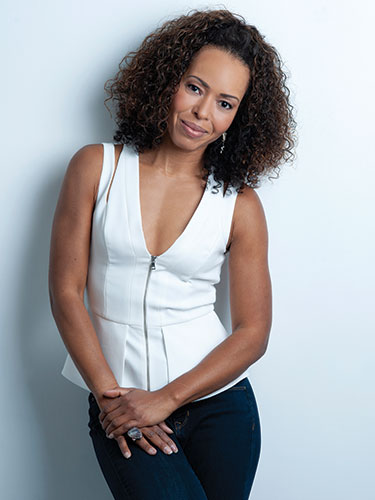 Since 2002, Misty Lynne Cauthen had known that she wanted to open a pilates studio. In 2007, she achieved that dream with Dragonfly Pilates in Murrysville. But, it was the opening of her second location on Walnut Street in Shadyside that she considers one of the high points of her career.

“I knew I had to have a location at 5518 Walnut St., the former home of The Balcony jazz club,” she says. “This was a frequent haunt of my parents, and as a child, I dreamt of being old enough and ‘fancy’ enough to visit The Balcony.” When the spot became available in 2013, Cauthen took the opportunity to fulfill her dream.

Today, Dragonfly Pilates is a full service Pilates studio specializing in private, semi-private and group classes for all ages and stages of life. The studio is also an authorized training center for Balanced Body, the world’s largest Pilates equipment manufacturer and education provider.

“In the end, I wanted a community, not just a business, that people could grow in,” Cauthen says.

Even with two studios, Cauthen is continuing to follow her dreams and grow her community with the launch of her luxury wellness retreat business, Finding Your You. The first trip will launch next winter, and she is speaking at several fitness and wellness events throughout the year. But, she says, the most fulfilling and uplifting thing she does is parent her son, Harrison.

Cauthen says the best piece of advice she’s ever received was from her former father-in-law, who told her that it’s OK to outgrow your surroundings, even if it’s uncomfortable at the time.

She often shares advice with other women, saying, “One of the most important conversations I have with business women I mentor is about knowing their worth and making sure they don’t allow insecurities about pricing and money to prohibit them from charging what they’re worth.

“We as women have a tendency to do this, and it has the potential to cripple us in the long run.”