Jane Werner is Executive Director of the Children’s Museum of Pittsburgh. 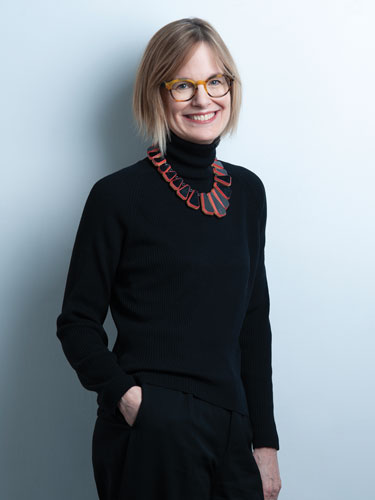 Jane Werner moved to Pittsburgh with $36 in her bank account at the time the steel industry was collapsing. She had just returned from a backpacking trip in Europe and had an aunt and uncle in town, so it seemed like a good option.

“It was interesting to move here when everyone else was moving away,” she says.

She started working at the Children’s Museum of Pittsburgh in 1991 as the director of exhibits and programs. Today, she is the museum’s executive director.

“I get to work with really talented people who quickly come up with ideas about how to think about education and learning in different ways,” she says. “That’s really been fabulous.”

The museum, which opened in 1983, has gone through many expansions. It is currently expanding into the old Carnegie Library next door with Museum Lab, a space for children ages 10 and above. When finished, the expansion will make the Children’s Museum the largest cultural campus for children in the country.

During her time at the museum, Werner has met and worked with many familiar names and organizations, including Fred Rogers, Eric Carle and Pixar. “I’m lucky I get to work with artists as well as kids,” she says. “They’re two of my favorite kinds of people.”

When she was in college and wanted to change to an art major, Werner’s father, a steelworker who worked two jobs so she and her brother could attend college, told her to do what she loved and learn how to live on nothing.

She’s never forgotten that advice, and to other women in business who are looking to be successful, she shares Fred Rogers’ three rules — “Be kind, be kind, be kind.” And, she adds, “Say thank you, because you never do it alone.”