Toretti is Vice Chairman of the S&T Board of Directors. 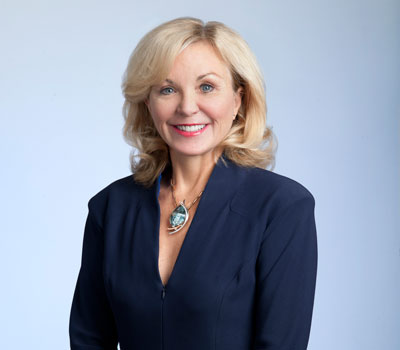 Christine Toretti is a top ambassador for all women – from business executives to political figures.

​Toretti, the fourth generation in her family to enter the oil and gas industry, became CEO of her family’s company, S.W. Jack Drilling Co in 1990 upon her father’s passing. Her presence in the male-dominated industry was not welcomed by fellow competitors, and she felt overwhelmed by the pressure. Looking for support, she reached out to the only other fellow woman in the Pittsburgh branch of the Young President’s Organization (YPO).

“I called her and said, ‘You don’t know me, but I’m going through this, and I think I’m losing my mind, and I just want to run away,’” says Toretti, who has a bachelor’s degree in finance from the University of Virginia and attended Harvard Business School.  “She knew exactly what I was talking about. And I said, ‘If you’ve been through it, and I’ve been through it, how many other women are going through it?’”

In 1994, Toretti bought out a week at a health spa in California and invited all 353 women in YPO from all over the world. Twenty-six women showed up, and the retreat acted as a safe place for women to discuss issues they were facing as woman executives. She chaired that program for nine years.

​Toretti ran the drilling company for 20 years, acquiring two of its competitors along the way. In 2010, she liquidated the company and turned her attention to politics. In 1997, Governor Tom Ridge appointed her as National Committeewoman of Pennsylvania to the Republican National Committee. In that role, she became the No. 2 fundraiser in the country during 2011-2012, raising more than $115 million for the RNC.

​Toretti, who has been on the S&T Board and Nominating Committee for 31 years, also founded the Anne Anstine Excellence in Public Service Series, which aims to help elect women to office; the program has produced 152 candidates with a win rate of 87 percent.

“The thing I love more than anything in life is to help people realize their dreams through my connections and what I’ve learned in my life.”

This article appears in the April 2016 issue of Pittsburgh Magazine.
Categories: Women & Business