Ocampo is President & CEO of the World Affairs Council of Pittsburgh. 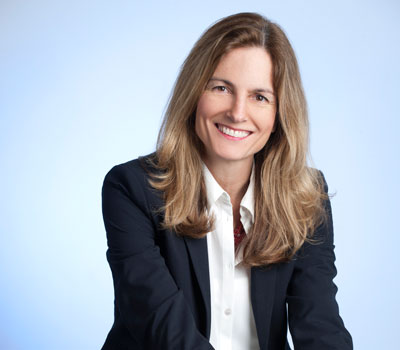 As the new president and CEO of the World Affairs Council of Pittsburgh, Angélica Ocampo wants to bring awareness and education about global issues to the community. The council works to ensure that the Pittsburgh region has a dynamic international presence. That starts with an emphasis on expanding globally-minded middle school and high school programming in the region.

“I truly believe in the transforming power of education,” says Ocampo, who was born and raised in Argentina and earned her bachelor’s degree in political science from Universidad Católica Argentina. “I love that I can continue working in education and bring awareness about global issues to the community.”

Before joining the council, Ocampo worked in Argentina as the head of public affairs at HSBC (an international bank) followed by a three-year stint in New York City as executive director of Worldfund, a nonprofit that helps train teachers in Latin America. She joined the council in November 2015, where she’s working to ensure that the council remains an “important player in the city,” while looking to the future of the organization and how to reinvent and stay relevant to the conversations happening in Pittsburgh.

She points to “amazing things happening with education, health and innovation,” — building blocks that will continue to “define the future of the city.” She wants to broaden the council’s mission to address a wide range of topics, including challenges that are stopping the city from becoming an entirely “global city.”

“I think Pittsburgh is a city that has gone through a lot – it’s had some really prosperous times and some difficult times,” says Ocampo. “But it has come out with renewed energy and resilience. The future of the city is being defined every day, but what the city needs to do is open itself up to the world of opportunities out there.”

This article appears in the April 2016 issue of Pittsburgh Magazine.
Categories: Women & Business