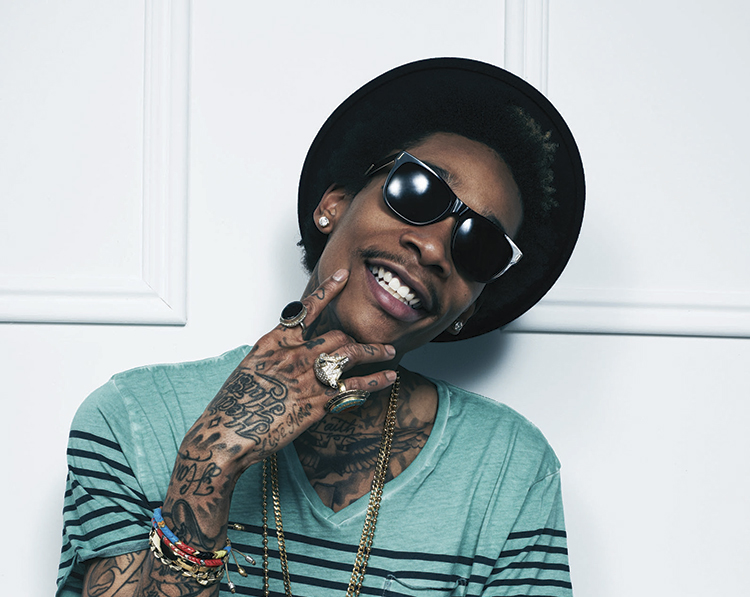 WIZ KHALIFA’S 2014 HOMECOMING ARRIVES AT FIRST NIAGARA PAVILION
Whenever Taylor-Allderdice’s own Wiz Khalifa appears near Pittsburgh, there’s buzz. This weekend’s concert at the First Niagara Pavilion, however, couldn’t be much more well-timed: Khalifa’s forthcoming album “Blacc Hollywood,” which already has spawned three successful singles, is due out in less than three weeks. And in a bizarre crossover, Khalifa’s latest single comes not from the album but the soundtrack to the rebooted “Teenage Mutant Ninja Turtles.”

He’ll bring the Under the Influence of Music Tour to Burgettstown tomorrow night. He’ll be joined by frequent collaborator Ty Dolla Sign as well as Def Jam hitmaker Young Jeezy (best known for the 2005 anthem “Soul Survivor”). No fewer than five other rappers are scheduled for the packed show (the tour has a rotating cast). The “Black and Yellow” moment may have passed, but we’re willing to bet that a hometown rendition will feel as fresh as ever.

A CAUTIONARY TALE ABOUT NOCTURNAL RUNNING
The name of our nightlife blog, as you may have noticed, is After Dark. We try to recommend things for you to do at night — activities, destinations and (mostly) beverages that can enhance your nocturnal hours. This week, though, we’re here to discourage rather than encourage. Don’t run after dark. Bad idea. Learn the brutal truth about Pittsburgh’s perilous sidewalks in a special edition of After Dark!

PREHISTORIC ENTERTAINMENT AT CONSOL ENERGY CENTER
After 20 years of hope, we’re finally ready to give up on a longstanding dream: We’re pretty sure that a real Jurassic Park will not be built in our lifetimes. Fortunately, a reasonable facsimile is available — and you don’t even have to fly to a remote island. “Walking With Dinosaurs — The Arena Spectacular” comes to the Consol Energy Center this weekend, featuring life-size representations of 20 dinos, including undisputed coolest dinosaur ever Tyrannosaurus Rex. After shows tonight and tomorrow, the reptiles will go into marathon mode with three shows Saturday and two Sunday.

IN THEATERS: Don’t let superhero fatigue get you down. Sure, we’ve already been through a “Captain America” and a “Spider-Man” this year — but Marvel would really, really like you to come out for “Guardians of the Galaxy,” the latest installment in the comic book mega-franchise. Looking for an alternative? James Brown biopic “Get On Up,” starring Chadwick Boseman as the Godfather of Soul, is a captivating portrayal of the late performer. Sci-fi flick “I, Origins” opens this weekend as well.

The latest exhibit at The Irma Freeman Center for Imagination, “Investigations in Terraforming,” opens tomorrow night. Click here for info on the opening-night reception.

This article appears in the July 2014 issue of PMWeekend.
Categories: Things To Do