Witness ‘The Word of God’ Then Catch ‘Frostbite’ at The Warhol

Spice up your boring holiday routine with the peculiar exhibit of an indescribable artist and a genre-defying cabaret. 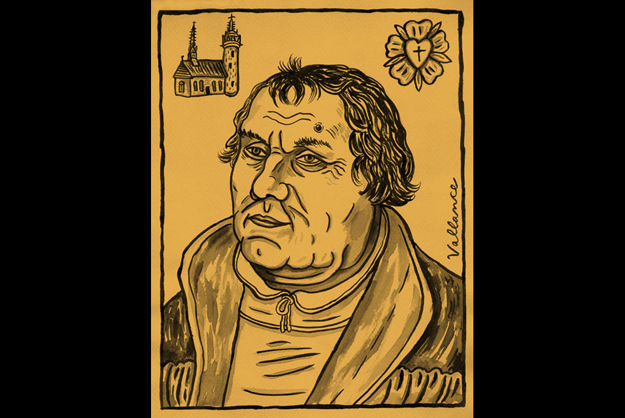 Photo from The Word of God: Jeffrey Vallance

Ah, the cozy embrace of the holiday season. Gathering around the fire with kith and kin, or spending a long evening in an easy chair with a good book. Tranquil family traditions like putting the ornaments on the tree and baking cookies. Solemn, candlelit religious services offering a chance for reflection and peace.

Yup, we need to spice this season up a bit.

The go-to Pittsburgh location for injecting a bit of irreverence and impropriety into anything at all is, obviously, the Warhol Museum. And given the great number of faiths that place importance on this time of year, it’s thoroughly appropriate that the final exhibition in the year-long “The Word of God” series has just opened.

That series has featured the work of five artists, each exploring a different religion through its traditions and texts. With efforts ranging from comic-book representations of Hindu folklore to verses of the Quran scrawled graffiti-style on the side of a truck, to say that these artists have presented new visions of faith is an understatement.

The fifth and ultimate exhibit is by the California native Jeffrey Vallance. You’ll find that most attempts to define Vallance begin with a line or two talking about how difficult it is to complete that task, and apparently this blog will follow in that tradition. In many ways, it seems that Vallance’s life is his work. And while that sounds like a cop-out, his most famous work is probably Blinky the Friendly Hen; the short story of that project is that he bought a dead hen from a supermarket, held an elaborate funeral for it at a nearby pet cemetery, exhumed it a decade later to determine its cause of death, and displayed some of Blinky’s remains in ornate reliquaries.

So that’s why it’s hard to describe what Vallance does.

His contributions to “The Word of God” are slightly more easy to define. As Blinky’s fate would indicate, Vallance has a particular interest in relics; the objects, from the sacred to the mundane, that we hold on to, keep and venerate. The exhibition houses a variety of items in ornate and/or bizarre reliquaries of Vallance’s design; one box will hold religious trinkets that have been anointed with holy oil, the next will store a Dead Kennedys button he bought in Italy. A nearly microscopic strand of Elvis’ hair rests in a gigantic shrine. Patches of sheets slept in by the Beatles, signed and notarized, are on display, not far from four patches of fabric bearing the caption “Souvenir Artist’s Paint Pants.” (They’re his own.)

Also on display are a collection of Bibles and connected works that Vallance has amassed, including his own, “The Gospel According to Jeffrey”; you can pick that one up in the gift shop, if you’re interested. The deluxe version even comes with one of those patches of paint-pant fabric, so you can begin working on your own relics.

It’s tough to describe, but fascinating to look at; nearly every item on display has a long placard explaining its relevance (or lack thereof) to Vallance’s life and work. After a few minutes, you’ll be convinced of the great import and meaning behind a bottle of mousse.

Speaking of things that are tough to describe, make it a full day at the Warhol this Friday and catch “FROSTBITE”, a bizarre and festive performance from Pop Cabaret, the collaboration between the Warhol Museum and Carnegie Mellon University’s School of Art. Grown out of a performance art class led by Suzie Silver and populated by drama and art majors, the ensemble is presenting their second genre-defying cabaret performance.

No one I spoke with at the museum had any idea exactly what would be contained in the performance, so I’ll leave it to the description offered by the ensemble themselves: “Our jolly exploits include: Wassailing, Furry Animals, Apocalyptic Carols, Sugar Plum Faeries, Evergreen Tragedies, Fruitcake Fantasias, Big Bellies, and much more!”

The one-time only performance is this Friday night, and it’s free with museum admission.

Incidentally, those looking for extra credit are well served at the Warhol. If Vallance’s exhibition has piqued your curiosity about some of Pittsburgh’s holy and not-so-holy sites, you can click here for a “Pittsburgh Pilgrimage” that will take you from home plate at Forbes Field to Andy’s grave and beyond.

This article appears in the December 2011 issue of After Dark.
Categories: After Dark