With 50 Shades of Silence, Darieth Chisolm Offers Her Voice and Support

The longtime local newscaster’s website and forthcoming documentary, based on her own experience with non-consensual pornography, aim to provide victims with help and support. 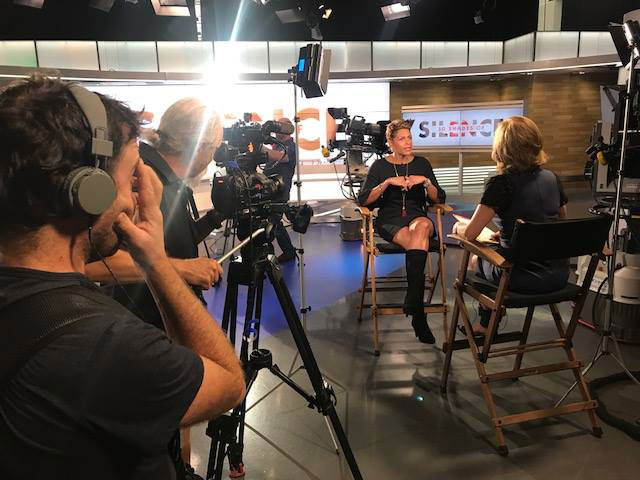 Four years after leaving the anchor desk at WPXI, Darieth Chisolm remains busy with engagements, appearances and life-coaching sessions. She’s an author, a motivational speaker and a podcast host. It’s a fine second act for the Emmy-winning newscaster.

Privately, however, this phase of Chisolm’s life has occurred during an insidious — and misunderstood — form of sexual assault. An ex-boyfriend launched a website full of explicit photos of Chisolm taken without her knowledge as she slept. Using public humiliation as his weapon, her ex attempted to force her back into a relationship.

“I really felt like it was important for me to use my voice — my own talent and gifts and know-how — to work at not only giving myself some relief,” Chisolm says, “[but also] that it would make much more sense to be public about it and help others along the way.”

Now, Chisolm has launched an organization called 50 Shades of Silence, which intends to share her story and provide resources and relief for other victims.

“I may never receive justice in the legal system … At least I can look for some form of social justice for myself and for others.”

Laws regarding non-consensual pornography often lag behind technology; in some jurisdictions, the legal path to prosecuting against these crimes is murky at best. Attorneys and judges “may not even know what statutes to file under,” Chisolm says; while 38 states have specific laws regarding non-consensual pornography (termed unlawful dissemination of intimate images, it’s a second-degree misdemeanor offense in Pennsylvania), the legislative battle to more fully ensure a day in court for victims is ongoing.

Chisolm’s efforts begin with the launch of the 50 Shades of Silence website, which includes a number of resources for victims, including support and links to legal information as well as guides to having non-consensual pornography removed from websites and social-media networks. 50 Shades of Silence is also the name of an upcoming documentary, in which Chisolm will detail her own experience and explore the scope of the problem.

“It’s my goal to literally sound the alarm, so to speak,” Chisolm says.

To those in similar situations, Chisolm stresses that the first step to take is finding relief from the shame victims of these crimes often experience.

“Release the shame,” she says. “What, for me, felt so much more empowering was to take a stand.

“Reach out and get support. Don’t do this alone.”