A very popular destination in the summer, this Erie landmark can be just as magical on a frigid winter day. 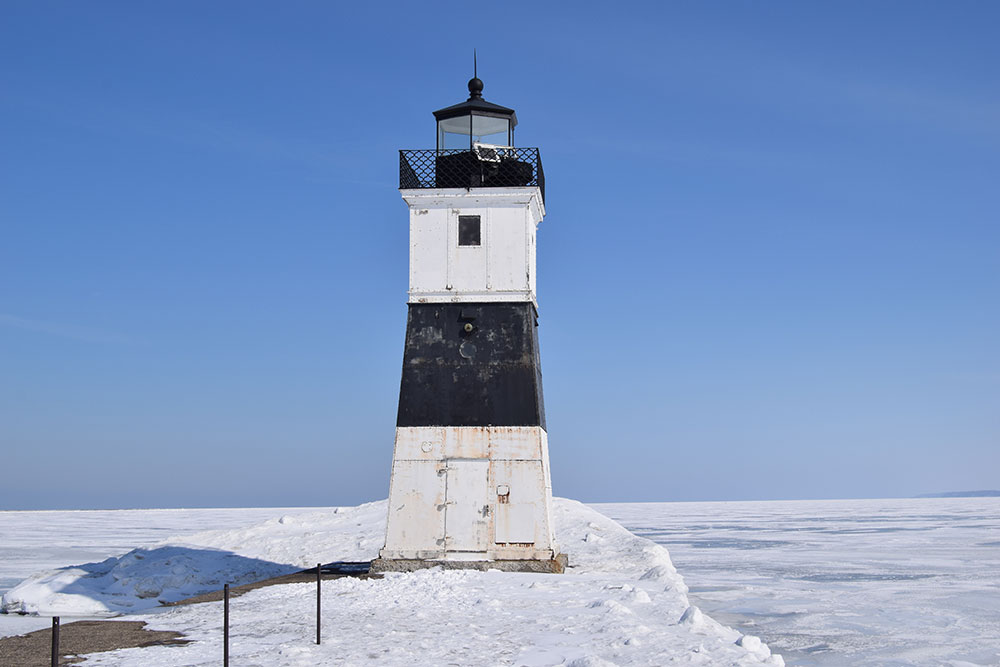 I wasn’t expecting much of a crowd when my wife and I decided on a Sunday road trip to Presque Isle State Park in the middle of February. The sun was out as the temperature inched above freezing. Driving through the park entrance, we realized we were not alone. Not by a long shot. 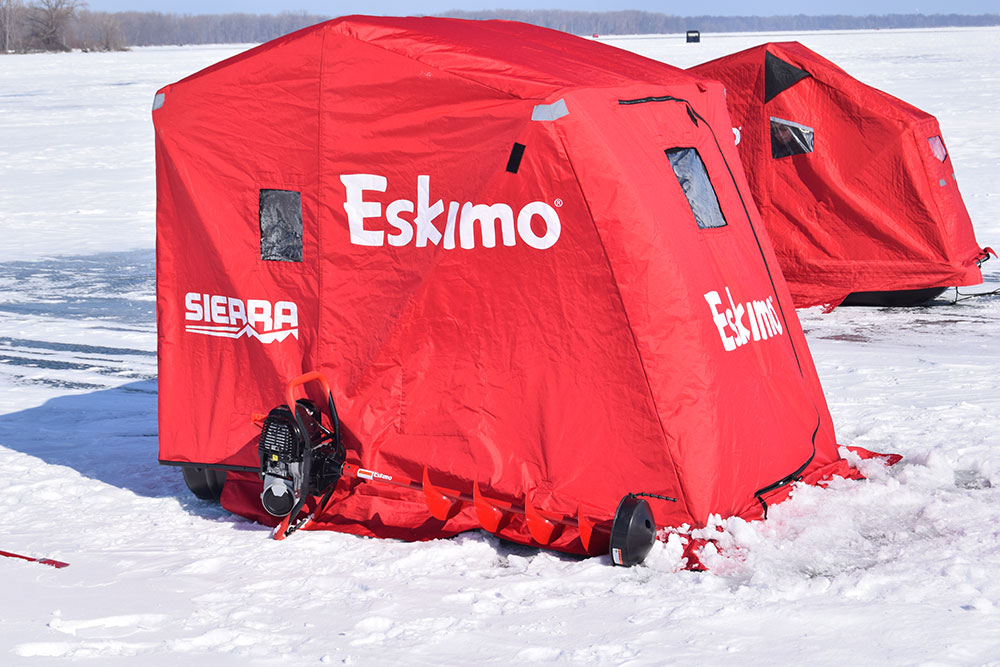 Our first stop was Presque Isle Bay. Any trepidation about walking on the frozen bay was alleviated by the ice fishing huts spread out for hundreds of yards in all directions. The bay is home to perch, panfish, bass, muskellunge, walleye, Northern pike, crappies, smelt and steelhead. Keeping the anglers company were hikers, cross country skiers and families pulling their younger children in sleds. Ice skating is also popular on the bay as well as nearby Misery Bay and Presque Isle Marina. 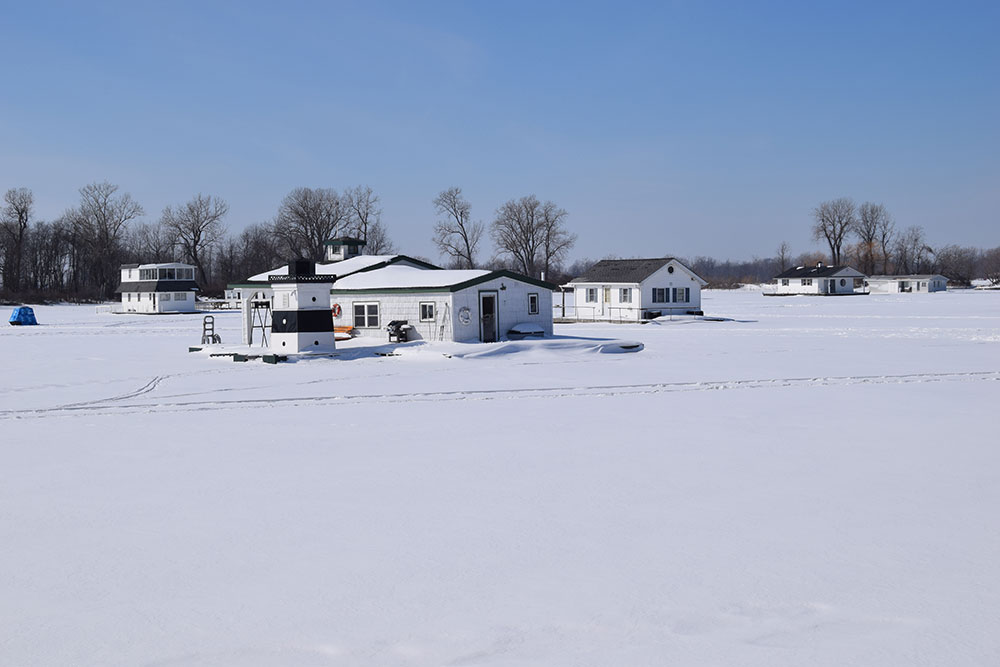 Our next stop was Horseshoe Pond, home to two dozen houseboats. These summer getaways look much more like houses than boats, with shingled roofs, porches and outdoor decks and grills. Large pontoons serve as their foundations. Because the houseboats are located within a state park, the state limits their number to 24. 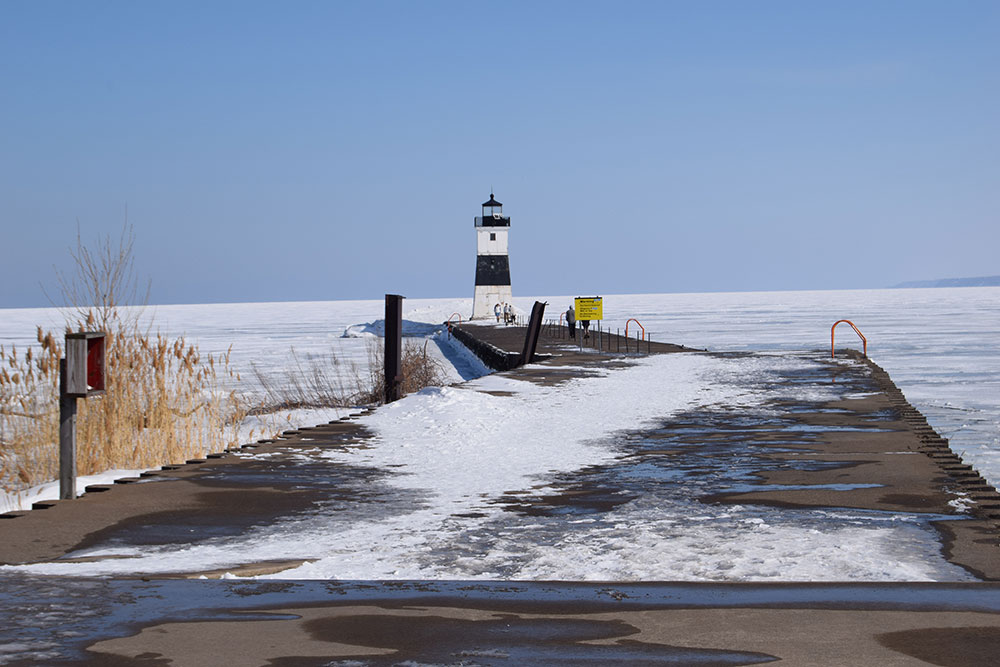 From there, it was on to the Channel Lighthouse, which sits at the tip of the North Pier that marks the entrance for boats traveling into and out of Presque Isle Bay and Erie Harbor. Walking to the lighthouse was more treacherous than the frozen bay, thanks to a thin, almost invisible sheen of ice covering the concrete pier. The sight of the lighthouse, surrounded by the frozen harbor and set against the cloudless sky, was worth the perceived risk. 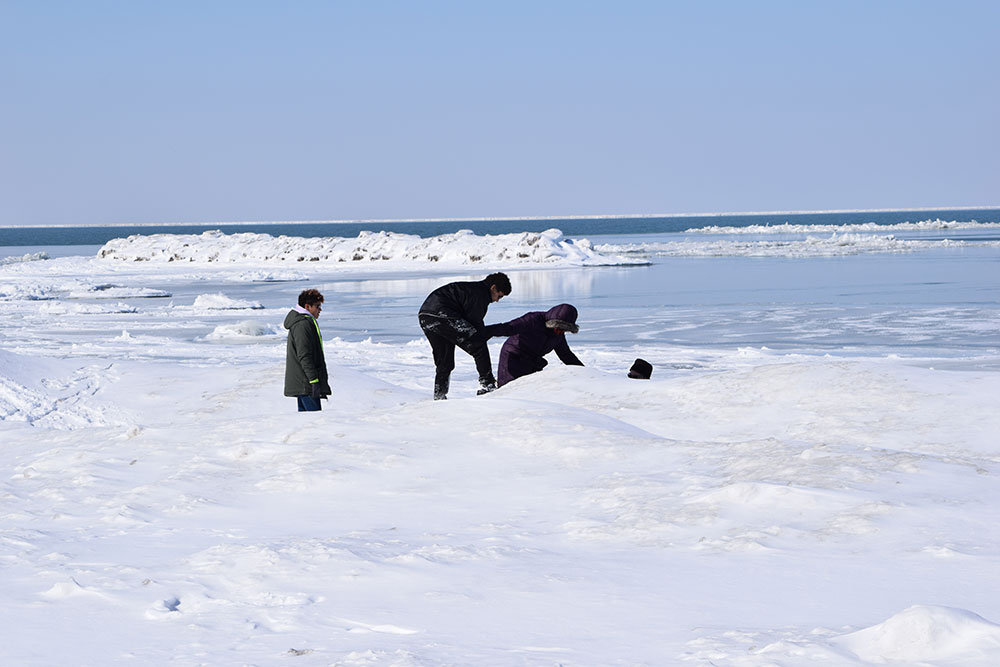 Having explored the portion of the park facing the bay, we headed for the Lake Erie side of the park. We stopped at Beach #11 because of its relatively short distance between the parking lot and the water’s edge. The winds from winter storms had created ice dunes that were hidden under several inches of snow. A walk on the beach in these conditions is breathtaking in more ways than one. The stark beauty of the shoreline is wondrous — slipping on an ice dune heavily camouflaged by snow and landing on our backsides … not so much.

Presque Isle State Park is open every day of the year, from 5 a.m. to sunset, and there is plenty to do in the winter. In addition to hiking and ice fishing, the park’s 17 trails are open for cross-country skiing and snowshoeing. Before the lake freezes over, winter storms generate waves that attract adventurous surfers. Wildlife is everywhere and Gull Point is a popular spot to see snowy owls or an elusive coyote.

Good to Know
Never walk on the ice alone, and bring along an auger to test its thickness. Four inches of solid ice is the minimum for a single person and 7 inches for a small group.

This article appears in the December 2022 issue of Pittsburgh Magazine.
Categories: Winter Getaways