Winning Half of the DB Battle Not Enough for Steelers

When talking about his rookie defensive backs, Mike Tomlin's is dishing out praise for No. 2 pick Sean Davis while No. 1 pick Artie Burns isn't even in the conversation. 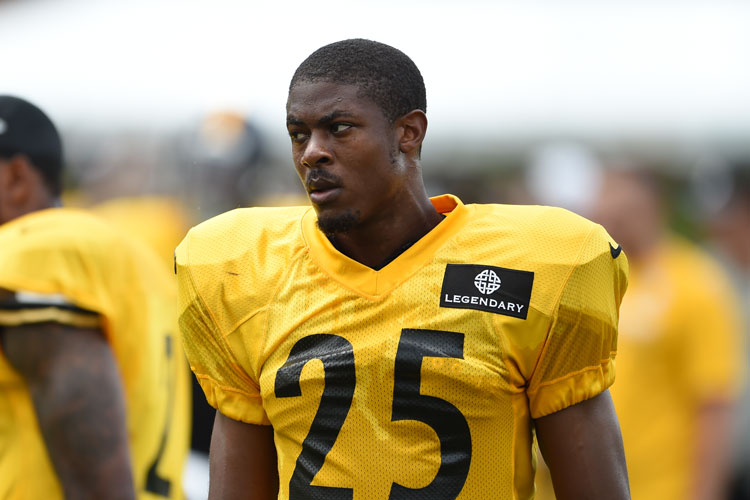 Mike Tomlin was raving about one of his rookie defensive backs this week, but only one.

And for the Steelers, one is not enough.

“You know more than anything he’s highly conditioned,” the head coach said of Sean Davis, a safety from Maryland and the Steelers’ No. 2 pick in April. “He’s one of the few rookies that I’ve seen that really kind of looks like he has come prepared from a conditioning standpoint. It’s not a knock against the others, it’s really a tip of the cap to him.

“That’s the first place that allows him to grow and take extra reps. He’s playing some at strong safety. He’s playing some at a nickel-back position (third cornerback) in some of our sub-packages (five defensive backs). I think more than anything, from an assessment standpoint, his high level of conditioning allows him to get extra work, which, of course, accelerates the learning curve.”

It’s rare that Tomlin acknowledges anything positive about any rookie ever.

But Davis is apparently learning fast enough at two positions to have earned a tip of Tomlin’s cap.

Davis is learning the nickel-back position the Steelers had intended to have Senquez Golson play until fate intervened again.

And Davis is learning the safety position Robert Golden will occupy until Davis is deemed ready to take over.

No. 1 pick Artie Burns, conversely, is doing nothing of the sort.

The cornerback from Miami has spent more time watching than he has participating over the last week of his first professional training camp. And Tomlin has included Burns on a list of players that “probably won’t participate” in the preseason opener on Friday night against the Detroit Lions, either due to injury or time missed on the practice field because of injury.

Burns’ injury is undisclosed by Tomlin, other than to say it’s a “minor deal” in nature.

But what Burns has shown on the field when he’s made it that far at St. Vincent College hasn’t generated much enthusiasm or short-term anticipation.

Getting repeatedly scorched by Antonio Brown is one thing. Everyone can see the regularity with which that’s been happening and that it’s kept on happening because Brown is one of the best wide receivers in the business. As long as Burns can keep his confidence from getting shattered –– based on his competitive desire to keep lining up against Brown when Burns has actually been out there, that hasn’t yet become a problem –– he couldn’t have a better indoctrination into the NFL.

But people that evaluate this kind of stuff for a living have also noticed the extent of the details of the flaws in Burns’ game.

His technique isn’t good, first and foremost. He also hasn’t been the quickest of studies in terms of making but not repeating mistakes. His focus has at times been below the line. And he’s been less than enthusiastic in run support.

There are also no plans at present to have Burns start learning the slot-corner position as well as the traditional outside corner spot.

None of the above makes Burns an instant bust.

The Steelers have seen a physical skill set and an athletic ability in Burns all along and they’ve known it was going to take some time to develop.

But Burns is much more “project” than “plug-and-play.”

There’s much to work with, but also much work to be done.

And it’ll need to start getting done sooner rather than later and at a much more rapid rate.

Defensive coordinator Keith Butler insisted last week that both Davis and Burns will need to be contributors this season.

And while “contributor” is open to interpretation, right now only one of them is even in the conversation.