Why You Should Know Pittsburgh's Sabrina Saunders

The executive director of Strong Women, Strong Girls knows firsthand how powerful it can be to have a mentor. 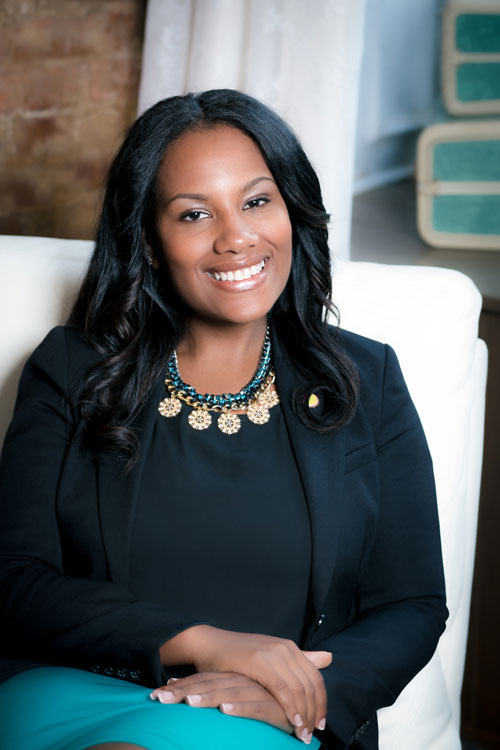 When Sabrina Saunders was 14 and 15, she spent her summers volunteering as a candy striper at West Penn Hospital in Bloomfield. In the elevator one day, she talked with a group of teens and asked what they were doing there. Looking at her uniform, they told her they were doing the same kind of work. Unlike her, they were getting paid for it through YouthWorks via the Summer Youth Employment Program at the Bloomfield-Garfield Corporation, which focuses on community involvement and revitalization.

The next summer, Saunders, who then was living in Garfield, inquired about getting a job through YouthWorks. The program placed her in the human resources department in the hospital. After she graduated from Oakland Catholic High School and Edinboro University of Pennsylvania (she also has a master’s degree from Carlow University), the program hired her as its youth employment coordinator.

“That is so important to my story,” she says. “The fact that an organization in my own neighborhood invested time in kids, and I had a relationship with [the program], is very important because everything I do circles back to that type of connection.”

The belief in taking care of community stayed with her as she worked for U.S. Rep. Mike Doyle and as former Pittsburgh Mayor Luke Ravenstahl’s youth policy manager and director of education and youth development for the Urban League of Greater Pittsburgh.

Since spring 2014, Saunders, 34, of Homestead, has been the executive director of Strong Women, Strong Girls, a South Side nonprofit organization that helps to create mentoring relationships between professional women and college women, who in turn mentor pre-adolescent girls in underserved communities.

“I’d be lying if I didn’t say this mentorship program works because this is everything like what I benefited from,” Saunders says. “I didn’t have Strong Women, Strong Girls, but I had mentors. I know girls would not have that in that type of community we’re serving if not for Strong Women, Strong Girls. I absolutely feel like that’s going to be instrumental in the decisions they make for their future, because they’ll be making decisions with a whole host of tools that unfortunately other girls don’t have."

This month, in addition to recruiting this year’s group of professional mentors for the Strong Leaders program, the organization will host its Strong Awards Breakfast, which will feature fashion designer Kiya Tomlin as the keynote speaker. One strong woman will receive an award for leadership, as will three strong girls.

“I could give you facts and statistics all day, but I’m a living statistic of how mentoring works and why it’s important,” Saunders says. 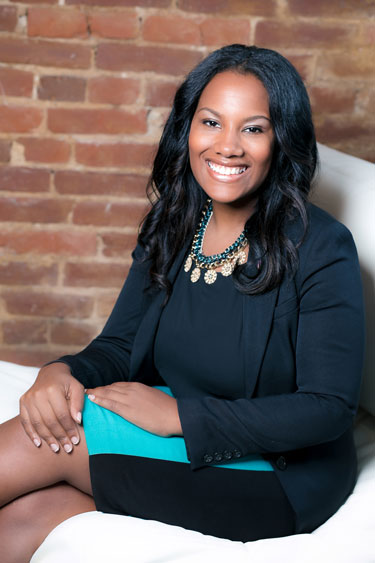 You volunteered with SWSG as a mentor in 2008. What attracted you to the organization?
I found empowering girls and raising self-esteem really resonated with me. I also wanted the opportunity to build a relationship with college women who might need that support.

How did you start working there?
[While working for the Urban League] I saw the posting for the executive director position [at SWSG], but … it just wasn’t the right time. Fast-forward about a half a year later, I was invited to facilitate a workshop for Strong Women, Strong Girls because someone canceled. They had not filled the position for executive director, but I didn’t know that, and it turned out the [advisory] board was present at my workshop [and later invited me to interview]. I always say when something’s meant, it’ll keep following you until you give in. Clearly this was something that was meant because it was something I was interested in, and it came back and found me.

What are some milestones from your first year?
We’ve been able to [have an impact on] 623 girls. We’ve grown to 32 sites (school or community centers where they offer programs) across Allegheny County. We’re adding a chapter — historically we’ve had five university chapters, but we’re adding Robert Morris University beginning this fall. We’ve also partnered with Carlow University to offer a women’s studies class in which Strong Women, Strong Girls mentors can enroll and get credit. The class opens this fall, and it’s full already.

In 2009, Ebony magazine named you one of its Top 30 Young Leaders of the Future. Do you feel you’ve lived up to their expectations?
Obviously I’m an African-American woman, but being recognized by an African-American magazine but doing work that impacts the whole community — I felt that was rare. It was a huge milestone for me because it means something to be recognized. It’s also a national magazine so I felt proud to bring exposure back to Pittsburgh because I love this city. I guess [the magazine was] saying we were people to watch, and I don’t regret any steps I’ve made professionally.

This article appears in the August 2015 issue of Pittsburgh Magazine.
Categories: Community Feature