Why You Should Know: Paul Leu

The University of Pittsburgh associate professor has spearheaded research on solar energy and antimicrobial surfaces, but he also serves as adviser to a lighthearted college club. 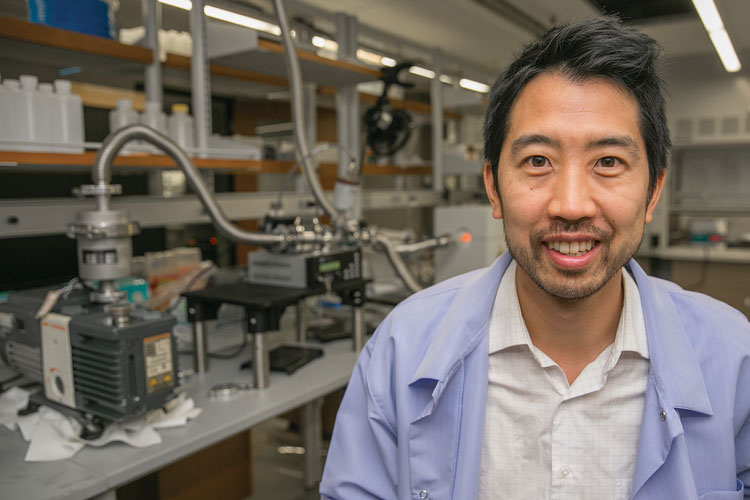 Paul Leu’s work on solar energy could lead to a better future for developing nations.

Leu, an associate professor in the University of Pittsburgh industrial engineering department at the Swanson School of Engineering, conducts research on creating small solar panel strips, an economical approach to powering countries without electricity.

“One in five people in the world don’t have ready access to electricity,” Leu says. It’s expensive to create a whole electrical grid from scratch,  he adds, so solar is an ideal choice.

Placing the panels in rural villages can make a big difference to people in terms of education, lighting, safety, refrigeration and cooking, among other aspects of daily life.

After receiving his Ph.D. in mechanical engineering from Stanford University in 2008, Leu, 36, of Squirrel Hill, began work as a postdoctoral research fellow at the University of California, Berkeley. In 2010, he was hired at Pitt, where his research focuses on nanomanufacturing.

To cultivate more young engineers, Leu and his research group have focused on supporting minority students breaking into STEM fields. This year Leu was awarded the 2016 UPS Award for Minority Advancement in Industrial Engineering from the Institute of Industrial and Systems Engineers. He also received a 2012 Innovation in Education Award from the University of Pittsburgh Office of the Provost’s Advisory Council on Instructional Excellence for creating a unique product-design class.

The course, which he modeled from similar classes at Stanford and MIT, guides students in devising their own toy or game. At the end of the semester, both Leu and his students have original products to show for months of work. Leu is known to bring in a Mr. Potato Head model to discuss the design process.

That savvy with students, married to a good sense of humor, led one Pitt undergrad to ask Leu to advise the Pitt Comedy Club.

What do you do in your research at this tiny scale?
Because nanowires are so small, there are a lot of interesting applications: solar cells, for example. The other application which we’ve gotten more into recently is antibacterial surfaces. We design structures that are like a bed of nails. Bacteria may try to adhere to the surface, but you can puncture the cells with these pointed nanostructures.

What’s one thing you especially enjoy about being a professor?
I teach a product design class, and a lot of it is focused on computer-aided design. You use software that allows you to design parts in 3-D. Through the semester, students have a project where they make toys. I think they like it because it’s nostalgic.

The Pitt Comedy Club: Where does that fit into your schedule?
The vice president of the club is an industrial engineer, and he took my class last year. He said, “I’ve noticed in your lectures that you have some comedic elements to them, so would you like to be our comedy adviser?” But outside of what you see in class, I don’t have much experience in comedy or improv. The standards for comedy for professors are a lot lower than what you see in the real world.

This article appears in the December 2016 issue of Pittsburgh Magazine.
Categories: Community Feature