Why You Should Know Erik Greenawalt

The professional chalk artist from North Huntingdon started drawing chalk art in 2007 when his daughters asked him to draw portraits of favorite characters such as Cinderella and Dora the Explorer in their driveway. 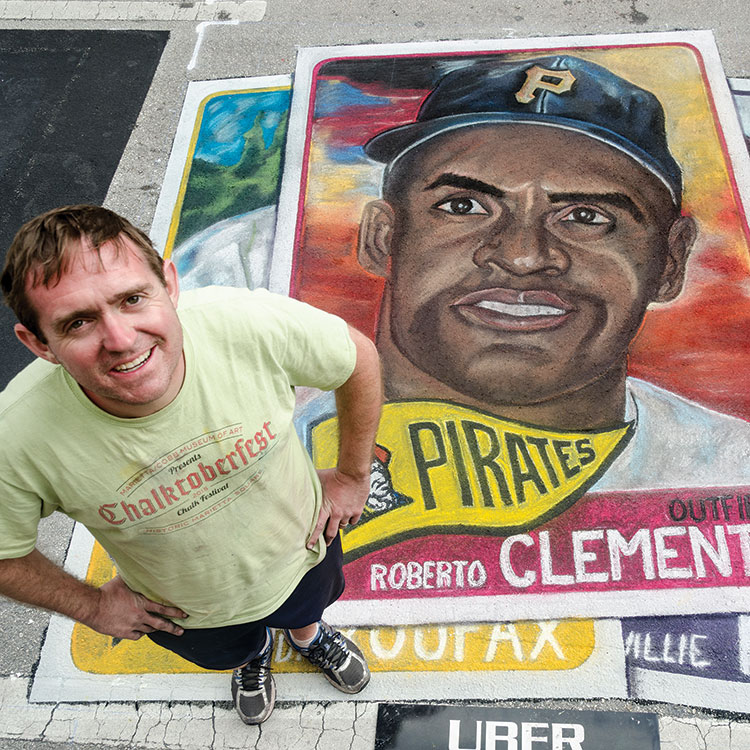 About: Greenawalt, also known by his social media persona “The Chalking Dad,” is a professional chalk artist from North Huntingdon (although his day job is working as a CPA for Giant Eagle). His numerous portraits, including those of Mario Lemieux, Prince and Disney’s Moana, can be found on his Facebook and Instagram (@TheChalkingDad). He also can be spotted performing at various art festivals around the country.