Why You Should Know Ellen Baxter

Her conservation talents continue to breathe life into many of the works of art we enjoy at the Carnegie Museum of Art. 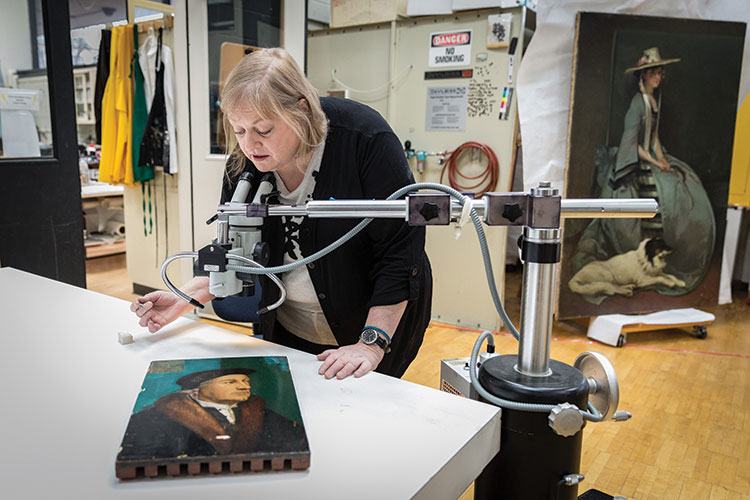 About: Ontario native Ellen Baxter might be viewed as a hidden image — or force — operating unseen (and often uncredited) behind many of the works of art we enjoy at the museum. CMOA originally hired her to work on The Andy Warhol Museum’s opening exhibition; 25 years later, her conservation talents continue to breathe life into the collection as she keeps works clean and rejuvenates time-worn pieces, returning them to delight patrons’ eyes in Pittsburgh and sometimes beyond.

This article appears in the February 2017 issue of Pittsburgh Magazine.
Categories: Community Feature