Why You Should Give Andrew McCutchen More Love

All-Star or not, Pirates fans are witnessing a genuine star and they might not even know it. 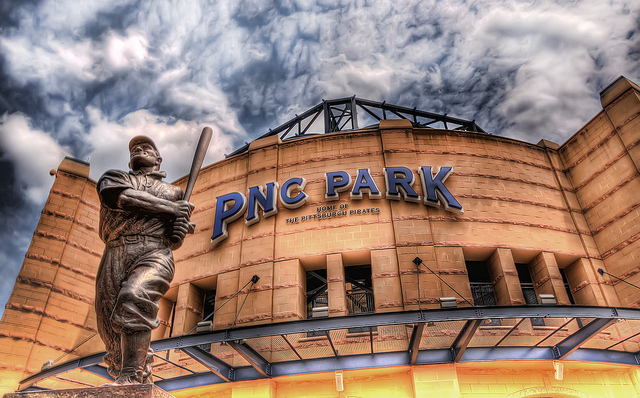 It seems that Andrew McCutchen’s All-Star snub may be getting him more attention than being named to the All-Star team would have. He’s leading ESPN stories about snubs and Sports Illustrated scribe Joe Posnanski wrote a post about how McCutchen’s exclusion summarizes everything he thinks is wrong with baseball’s Midsummer Classic. Weirdly enough, the one place that I’m not sure that McCutchen is getting enough respect is right where he plays his own games. I don’t know if Pittsburgh has any idea just how well Andrew McCutchen is playing.

Now, let me explain. Pittsburgh knows McCutchen is good. I was at Monday’s game and McCutchen shirts and jerseys were second in the crowd only to hometown hero Neil Walker. It’s impossible to watch Andrew McCutchen and conclude that he’s anything except good. But sometimes when you’re close to something, it’s hard to see how special it is. During Friday’s ROOT Sports broadcast of the Pirates/Nationals game, fans were asked to name the Pirates’ MVP during their 16-11 run in the month of June. Joel Hanrahan, a closer who pitched just 12 1/3 innings on the month, doubled McCutchen’s total. In the stands at PNC on Monday, I heard fans arguing that Kevin Correia was a bigger snub than McCutchen because of his 11 wins and because of how important the rotation has been to the Pirates’ success this year.

Before I dig too deep into advanced metrics to explain how good McCutchen is, let’s start simple. The Pirates were awesome in June with those 16 wins in 27 games. What might be the most impressive part of their run is that Pedro Alvarez, Ryan Doumit, and Steve Pearce didn’t step foot on a baseball field, Chris Snyder spent most of the month on the shelf, Neil Walker and Lyle Overbay had terrible months at the plate, and yet the club averaged 3.9 runs per game, which is actually up from their 3.8 run average over the course of the season.

How did they do that? Andrew McCutchen is how. In June, he hit .347/.447/.495. He either scored or drove in 30 of the team’s 105 runs on the month (with home runs subtracted from double-counting), had eight doubles and two homers and stole five bases in six tries. He was a one-man offensive wrecking crew for the entire month, save the Cleveland series. The pitching staff struggled a bit more in June than they did in their excellent May, and McCutchen was the reason the offense was able to support them.

There’s also this notion that McCutchen hasn’t been a consistent contributor this year because of his early-season slump. This is hogwash. At his lowest, McCutchen was hitting .196/.302/.370 on April 15 after an 0-for-5 night against the Reds. Over the next month, he put up a much more respectable .250/.330/.470 line, but because his ugly start suppressed his season numbers and especially because his batting average (which didn’t start coming up until late May) was a bit low, lots of people didn’t notice that he was already starting to play good baseball. Since April 15, McCutchen’s triple-slash line is .311/.404/.523 with 10 homers, 20 doubles, three triples, and 14 steals in 17 tries. Over a 162 game season, that translates to 24 homers, 47 doubles, seven triples, and 33 steals.

With a .400 on-base percentage, those are MVP numbers, not just All-Star numbers.

And we’re still only scratching the surface with this discussion. McCutchen’s defense has been leaps and bounds better than it was in 2010 according to every advanced defensive metric. Ultimate Zone Rating puts him at 8.3 runs above average. At FanGraphs, they use data from Baseball Info Solutions to track the number of balls hit into the defensive "zone" that each player is responsible for and how many of those plays each player makes. This year, McCutchen’s making 92.4 percent of the plays in his zone; in the past, he was only making between 88 and 89 percent. They also keep track of plays made outside of the player’s zone. In 2010, McCutchen made 78 out-of-zone plays the entire year. In 2011, he’s already made 60.

The big stat that sabermetricians use to measure a player’s total value is Wins Above Replacement, or WAR. That combines offensive value and defensive value, then compares it to how the value a team could expect from a typical Triple-A callup at that player’s position and tries to estimate how many wins a player is worth vs. that replacement. Because defensive metrics vary, it’s not an exact science, but at FanGraphs, McCutchen is already worth 4.9 wins, surpassing his previous career high of 3.7 with almost half a season to play. At Baseball-Reference, they estimate McCutchen to be worth 5.1 wins already this year. At both sites, McCutchen is one of the two best players in the National League according to WAR.

McCutchen is just 24, and he’s advancing by leaps and bounds in all aspects of his game. He’s drawing more walks this year and his on-base percentage is up nearly 30 points as a result. He’s driving the ball into the gaps and over the fence more regularly, which has his slugging percentage up nearly 50 points. He’s playing fantastic defense at one of the most important and difficult positions on the field.

There are plenty of reasons that the Pirates are in the position they’re in right now, but there’s no one player more responsible for the team’s success to this point than McCutchen. Without his bat and his glove, there’s a good chance the Pirates would be under .500 and quite a bit further back in the NL Central race.

McCutchen may have been an All-Star snub, but for the first time in a long time, Pirates fans have more important things to worry about than the Midsummer Classic.