Why You Must Vote in Pittsburgh's Mayoral Election

If you fail, 2 percent of the city could decide our next mayor. Do not fail. 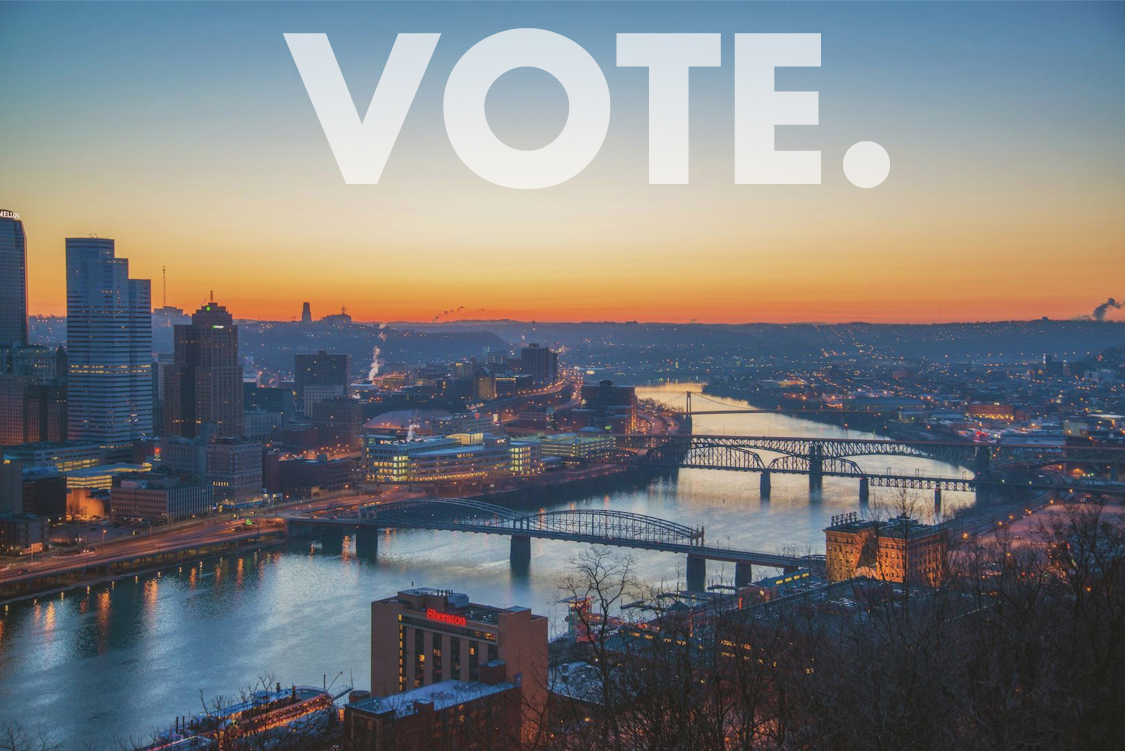 This probably won't shock you, but I don’t foresee myself running for mayor of Pittsburgh in the near future. However, just in case, I want to make two things clear.

1. My (totally theoretical) major platform: Free puppies for all!

2. In the spirit of transparency, I am going to disclose my voting record right here and now.

How abysmal? Well, I vote during the big elections (read: Presidency), but I have tended to ignore the smaller ones. Lawn signs for the local sheriff or prothonotary or school board president or register of wills don't register with me any more than a sign for the next Pigeon Lovers Society meeting would.

Although if I ever did see such a sign, I'd probably show up just to watch the pigeons start panicking when I cowboy-strutted in, menacingly drawing my Pigeon Taser 6000 X-treme Doom Edition from my holster, zapper calibrated to HELLFIRE.

If, like me, your voting record for local elections hasn't been worthy of any sort of kudos … if, like me, you can honestly say you logged more votes for Clay Aiken’s “American Idol” bid in 2003 than you have at the polls in the last five years … it's okay. You're not alone.

That said, it's not okay if you're a voting-eligible city resident and you don't go vote in the Pittsburgh Mayoral primary election on Tuesday, May 21, because if history is any indicator, whoever wins the Democratic nomination is going to be our next mayor.

Voter turnout in Pittsburgh and Allegheny County has been pretty terrible for years now — anywhere from 25 percent to a whopping 33 percent for some elections.

Hizzoner Lil' Lukey Ray-Rave (since he's not going to be mayor much longer, I need to get these rapper/DJ names in while I can) was re-elected in 2009 when only 45,000 Democrat voters turned out to give him 27,000 votes.

In 2013, there are about 175,000 registered Democrats in Pittsburgh who can cast a vote for the primary. If only 45,000 turn out, we're looking at 26 percent of the eligible voting population picking the man who will lead us for the next four years.

Taking into account the 307,000 total residents in Pittsburgh, those 45,000 will represent 15 percent of the population deciding the Leader of the Free ‘Burgh.

Taking into account the 2.3 million people who live in the Pittsburgh metro area, that's essentially 2 percent of the population picking our leader.

I wouldn't let 2 percent of the city determine whether or not I get bangs, let alone determine which man should be leading an entire city through these next important years.

Now, before you head to the comments and start whining about how I don't live in the city and therefore I should shut up about this election because what right do I have yadda yadda yadda, please keep in mind that my husband and I own a business in the heart of downtown and that means, yes, I'm allowed to care.

I'm allowed to beg you to go vote so you and I can rest assured we have a mayor that the majority actually chose. I'm allowed to rant and rave if come Wednesday I find out only 26 percent of registered voters actually bothered with the mere minutes it takes to press some buttons on a screen.

If you've ever dialed an 866 number for Phillip Phillips, there's no reason you can't press a button for your next mayor, whether you wish him to be Bill Peduto, Jack Wagner, Jake Wheatley or even face-tattooed, DUI-charged, third-person-referring minister A.J. Richardson.

Although, I'm not going to lie … if A.J. Richardson becomes our mayor, PittGirl is taking her pigeon-taser and moving to Portland (100-percent grass-fed children!)

But more importantly … should I get bangs, you guys?

Vote in the comments, thanks.

And go here to learn about voting. If you're eligible, I better see your butt at the polls or I've got a Pigeon Taser 6000 X-treme Doom calibrated just for you.

This article appears in the June 2013 issue of PittGirl.
Categories: PittGirl