Why You Can't Beat The Weather in Pittsburgh in The Winter

I’ve traveled a lot of miles, and I still stare in bewilderment at people who tell me they’ve moved to a place because “You can’t beat the weather.” 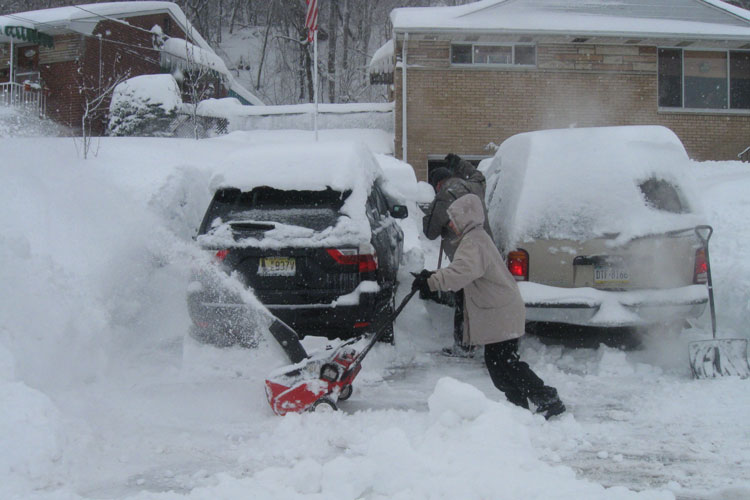 It was the ’80s. It was almost Christmas.

Twelve inches of snow fell in one day. Everybody knows there was more snow in the ’80s. Maybe not as much as in the ’70s, but close.

We decided the obvious choice was to go for an 8-mile jog. Meet in Squirrel Hill, do some laps around Homewood Cemetery and return to our respective homes.

Ever jogged down a beach? Farther and farther into the surf? To keep from falling, you need to step like a hurdler. That’s how we ran that night. Like horses doing fancy canters in the snow.

It was frickin’ heaven.

I’ve traveled a lot of miles, and I still stare in bewilderment at people who tell me they’ve moved to a place because “You can’t beat the weather.”

I stare when they speak in defense of some mass-market-designed housing plan where they don’t greet their next-door neighbor, don’t know more than five people, have no sidewalks, nowhere to walk, no town, no bar that’s not in a mall, no children nearby, no memories, no “there” there beside the TV and the back porch looking out on some cinder-block wall dividing them from another back yard just like theirs. “But the weather…” they chant, as the eyes go dull.

This issue is for the winter-weather hater, but it’ll end with a lover. A lover of the glorious, gargantuan chill of a western Pennsylvania winter. Its scoured landscape, the wonder of the pencil lines empty trees draw into our soft sky. How the cold compels us to gather and huddle. How it gives us two homes. Summer Pittsburgh, you can walk within, fragrant and warm in the night. And Winter Pittsburgh, seen from the exact same spot, where if you laid down for the night you wouldn’t wake up. Damn right, you can’t “beat it.”

Rob and I are climbing Forbes Avenue in a headwind when a guy in a two-door ’70s beater with the windows down drives up beside us. The only other vehicles we’d seen that night had “City of Pittsburgh” badged on the door and chains on the tires. The guy fishtails. Snow blows out of his wheel wells as he fights to match our slower pace.

“WAAAAAHOOOOOOO!” he screams. “Ain’t this something! Ain’t this the best! WAAAAHOOOOOOO, boys! Check me out, I AM THE MIDNIGHT —” and then he calls himself a well-known phrase that rhymes with “other trucker” and tells us that though he is the “midnight,” we are bad as Hell. “Bad as Hell, boys, goin’ out tonight! BAD AS HELL!” He roars off as we laugh and cheer.

Half a minute later Rob stops dead and says, “Look, man.” A hundred yards away, in front of the cemetery’s massive columbarium, stand 10 dark … figures … stock-still in the snow, like guardians defending the dead, like the crazy “Dungeons and Dragons” players they probably are, re-enacting some fantasy game on a night when they’re sure no one will bother them. Or … are they? We stand and watch, wondering what on God’s not-so-green earth is going on. And then one of them moves.

This winter memory has been burned in my brain for 30 years.

I can’t think of much I’d rather be than Bad As Hell, and I can’t think of folks I’d have rather grown up with than the Midnight “Other Trucker” and 10 whackos who thought standing harmlessly in the snow on a freezing night in a cemetery was cool. Those are my people. Pittsburgh made us. Her weather had a lot to do with it. So suck it up and deal.
And like Dickens’ character, “It was said of him” (or her, or … they) “that he knew how to keep Christmas” (or Hanukkah or Kwanzaa or whatever rite that’s close to your soul) “well.”

Read more from David Conrad on his blog at clementcrawford.blogspot.com or follow him at crawford_conrad on Instagram

This article appears in the December 2016 issue of Pittsburgh Magazine.
Categories: From the Magazine, Hot Reads, Perspectives