I can’t think of a more inglorious form of transportation to a football game than the "Mall Bus.” The PAT 51S Park-and-Ride bus from Century III Mall had the shocks of a Kazakhstani mule cart and a prevailing odor that can only be described as “mystifyingly funky,” like the back of a college dorm mini-fridge. But a decade ago, the mall bus was my favorite automobile in the world, because it transported my buddy Mike and I from the South Hills to the North Shore for Steelers games. I would have taken the mall bus over a Cadillac Escalade in those days, at least on Sundays.

On the morning of January 22, I woke up on a basement floor using a jacket as a blanket and an unopened bag of Doritos as my pillow. I was 15 and in my formative years, and so was the Steelers’ dynasty. Kordell Stewart was still the franchise quarterback, Jerome Bettis still had knees and the Steelers were still the gentlemen of the NFL. The team was the NFL equivalent of Hulk Hogan. They took their vitamins and said their prayers, or so we believed. 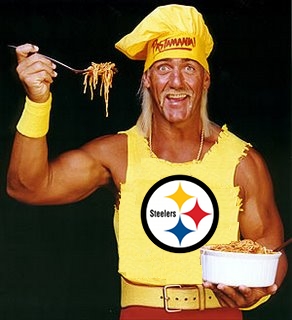 "Kids, if you say your prayers and eat your pasta,
you’ll have arms just like the old Hulkster."

Their opponent in the AFC Divisional playoffs that afternoon was the despised Baltimore Ravens, led by the deplorable Ray Lewis, who had recently copped a plea bargain in a double murder case involving two friends; and running back Jamal Lewis, who had recently been busted for trying to set up a cocaine deal on his cell phone, which he would end up serving prison time for in 2003. Yes, the bad guys were coming to Pittsburgh for a war of attrition. I rubbed the sleep out of my eyes and surveyed the basement.

Playstation controllers and cardboard Schneider’s iced tea cartons were strewn about the floor. The whole place looked like a hangover re-imagined by Toys R’ Us. My buddy Mike was snoring on the couch, still in his tennis shoes. He had the word “Balls” written in Sharpie on his forehead. Everything seemed to be in order.

Suddenly, the door at the top of the stairs creaked open and a chant echoed down the stairwell. I got a fee-ling…

Mike snapped out of his sleep, sat up and returned the volley: Pittsburgh’s goin’ to the Super Bowl!

Mike’s dad came running down the stairs twirling a Terrible Towel. “You boys better get a move on. Bus leaves at 10,” he said, noticing the marker scrawled on his son’s forehead. “You know, you guys really need to find some chicks.” 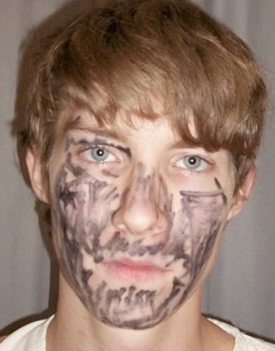 Rule no. 305 of growing up in Pittsburgh:
If you fall asleep with your shoes on, you are fair game.

And with that, we donned our Steelers jerseys and set out for the long walk along a narrow strip of grass on the side of Route 51. We clutched the tickets that I had scored from my grandfather, a season ticket holder since the downtrodden 1960s era. It was bitterly cold and the sky was the color of charcoal, without any promise of snowy ambience. However, the city was buzzing and the passing cars honked when they spotted the Terrible Towels hanging out of our jacket pockets. After twenty minutes of trouncing through weeds and McDonald’s wrappers along the side of the highway, we reached the parking lot of Century III Mall.

The red-and-black 51S sat idly, breathing white smoke out in the middle of the big asphalt sea. When the bus’ accordion door opened for us, even more smoke came pouring out—a stratus cloud of body heat and unfiltered Pall Malls. A guy who sat near the front always slipped the driver a $5 bill inside a handshake to let him smoke out the window.

The bus was packed, lined with mostly older Steelers fans who wore giant headphones as big as ear muffs, and as we crept to the bench at the back of the bus, Myron Cope’s frenetic falsetto wail escaped from pocket radios in every aisle. 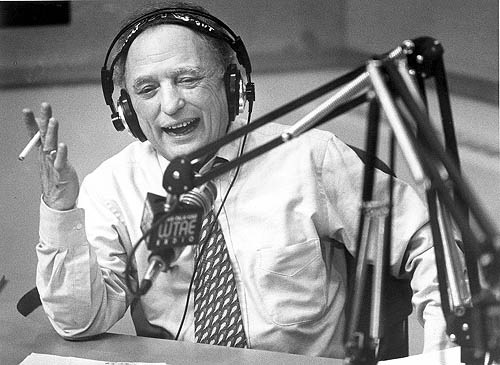 Sunday mornings aren’t quite the same without Myron.

We sat down and waited as the bus’ engines rumbled and the door groaned to let more people on. Our stomachs did back-flips as we silently chewed on visions of the unthinkable—Ray Lewis celebrating with the rest of the criminals on our home turf. Him smiling; waving a Terrible Towel, mocking the crowd. Our hearts raced in tandem with the humming bowels of the mall bus.

Finally, the bus lurched forward, and everyone exhaled. I shot my buddy a knowing glance. We felt as though we were a part of something big. The mall bus rolled through the hills on the pothole-laden path of righteousness. Ray and the Birds were about to suffer, God-willing.

Hours later, I would jump up and down in the stands and hug strangers as a choir of 70,000 serenaded the Baltimore Jailbirds with a farewell "Hey, Hey, Hey, Good-bye." For days, my buddy and I would recount the whole glorious scene at the school lunch table. In painstaking detail, we would describe Ray Lewis’ blank expression and distant eyes as he walked into the tunnel a defeated man, plastic cups and yellow beer raining down on him.

Our joy was brief.

A week later, we were sitting at the back of the bus again in the Heinz Field parking lot. It was dark and silent. The Steelers had just been stunned by the underdog New England Patriots 24-17 in the AFC Championship. Mike and I didn’t say a word the whole ride home, until finally we stopped underneath a streetlight on the walk home from the mall to catch our breath.

Mike thanked me for taking him to the game, and then he said something that seems incredibly relevant today. “I’m not sad for us–for the city,” he said. “I just feel bad for the team. They deserved a Super Bowl.”

We stood in the glow of the streetlight for a while and watched the cars pass by.

Now, I look back on those days and remember even the soul-rending pain of the AFC Championship game with great fondness. I wish I could feel that strongly about the team again. Because the truth is that the pride of Steeler Nation was never about the six gold rings. It was never defined by glory. It was all about believing, from the bottom of our black-and-gold hearts, that we were cheering for the rarest thing in sports: The Good Guys. 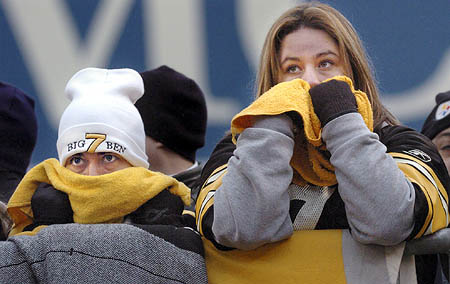 Little did we know in the fuzzy afterglow of the Roethlisberger-to-Holmes "Immaculate Extension" just how close we were to having that grand illusion shattered. This tumultuous off-season begs the question: Will the next decade of Steelers football be about winning Lombardi trophies, or winning back the hearts and minds of Steeler Nation?

I worry not for the Steel Curtain generation, who have witnessed decades of fine men wear the hypocycloid badge, but rather for the kids at the back of the mall bus. I worry that they’ve seen one too many offensive "Tweets." One too many compromising cell phones pictures. I worry that, for the next generation, it will be just a game. Just a spectacle. Just a mangy bus. Not black-and-white, but shades of gray. 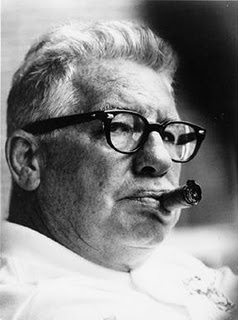