Why Was Our 5th Annual Ultimate House Delayed?

The luxury space at the former Saks Fifth Avenue site was supposed to be open for public tours in September of last year. Find out what happened. 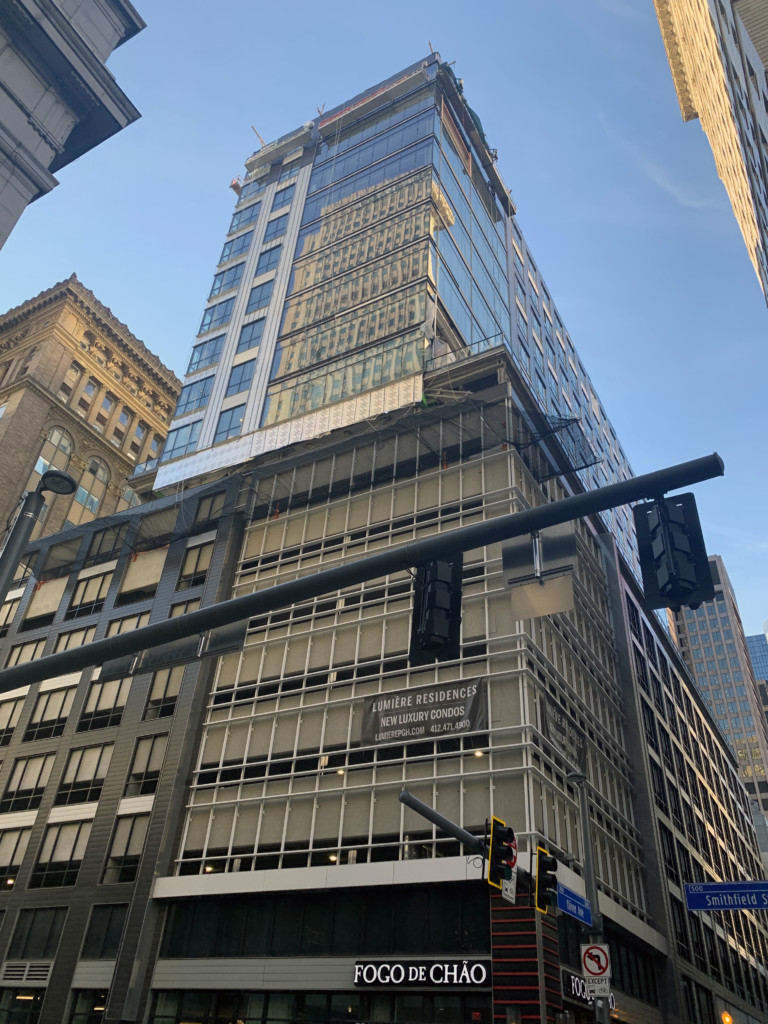 Originally scheduled to be the September 2019 Ultimate House, public tours inside Lumière had to be postponed due to construction delays. Lumière, developed by Millcraft Investments, comprises 86 residences with views of the city in a 17-story tower on the site of the former Saks Fifth Avenue. Open floor plans, a rooftop deck, floor-to-ceiling windows and high-tech security features are only a few of the “ultimate” amenities of the property.

Lumière is the first new Downtown residential development in more than six years, and the demand for new condominiums has been even greater than expected, says Millcraft Investments Vice President of Construction Chad Wheatley. When Millcraft first acquired the shuttered Saks Fifth Avenue property from the city, the initial vision was for a parking garage with market-rate apartments added later. But as the project proceeded, Wheatley says, the demand for Downtown living became clear to the developers.

What caused the construction to fall behind schedule? We asked Wheatley this question as well as a few others:

PM: What are some of the challenges you encountered that caused delays?
CW: The single biggest challenge we have experienced at Lumière, which has also been the biggest challenge facing our region, is a shortage of skilled labor. We are blessed to have so much opportunity in our region, but it comes at the expense of not being to perform construction as quickly as we have become accustomed.

PM: What adjustments or changes had to be made to overcome those challenges?
CW: Our general contractor, Mosites Construction Co., found creative ways to support and supplement the skilled labor of those contractors feeling the most pain.

PM: Where are you now with the project?
CW: We have finally reached a point where most design decisions have been made on our custom condominiums, the issues have been overcome, and we can see the finish line. It is now just a matter of getting the work done on such an impressive and exciting project.

PM: What makes this development unique?
CW: Given its location in the urban core and the very reasonable starting sales points of $225,000, Lumière was developed to serve everyone in the Pittsburgh market.

About the Ultimate House

Since 2015, Pittsburgh Magazine has raised money for the UPMC Children’s Hospital of Pittsburgh Free Care Fund through the Ultimate House.

Each year, Pittsburgh Magazine combs the region in search of cutting-edge, high-end construction projects that represent the “ultimate” in residential living at that moment in time. In past years, the magazine honored homes in Bloomfield, the Strip District, Cranberry and Pine Township with this designation. The best Pittsburgh brands and businesses contributing to the project are highlighted in the months leading up to public tours of the Ultimate House. Once the home is completed, it is beautifully staged and opened to the public for tours, with all ticket proceeds benefiting UPMC Children’s Hospital of Pittsburgh Free Care Fund. Pittsburgh Magazine’s Ultimate House has raised more than $279,000 for the Free Care Fund since its inception.