Why Wait For Summer? Head to Kennywood's Holiday Lights

The park's winter celebration is great for families and a fine choice for anyone who loves Christmas (and/or funnel cake). 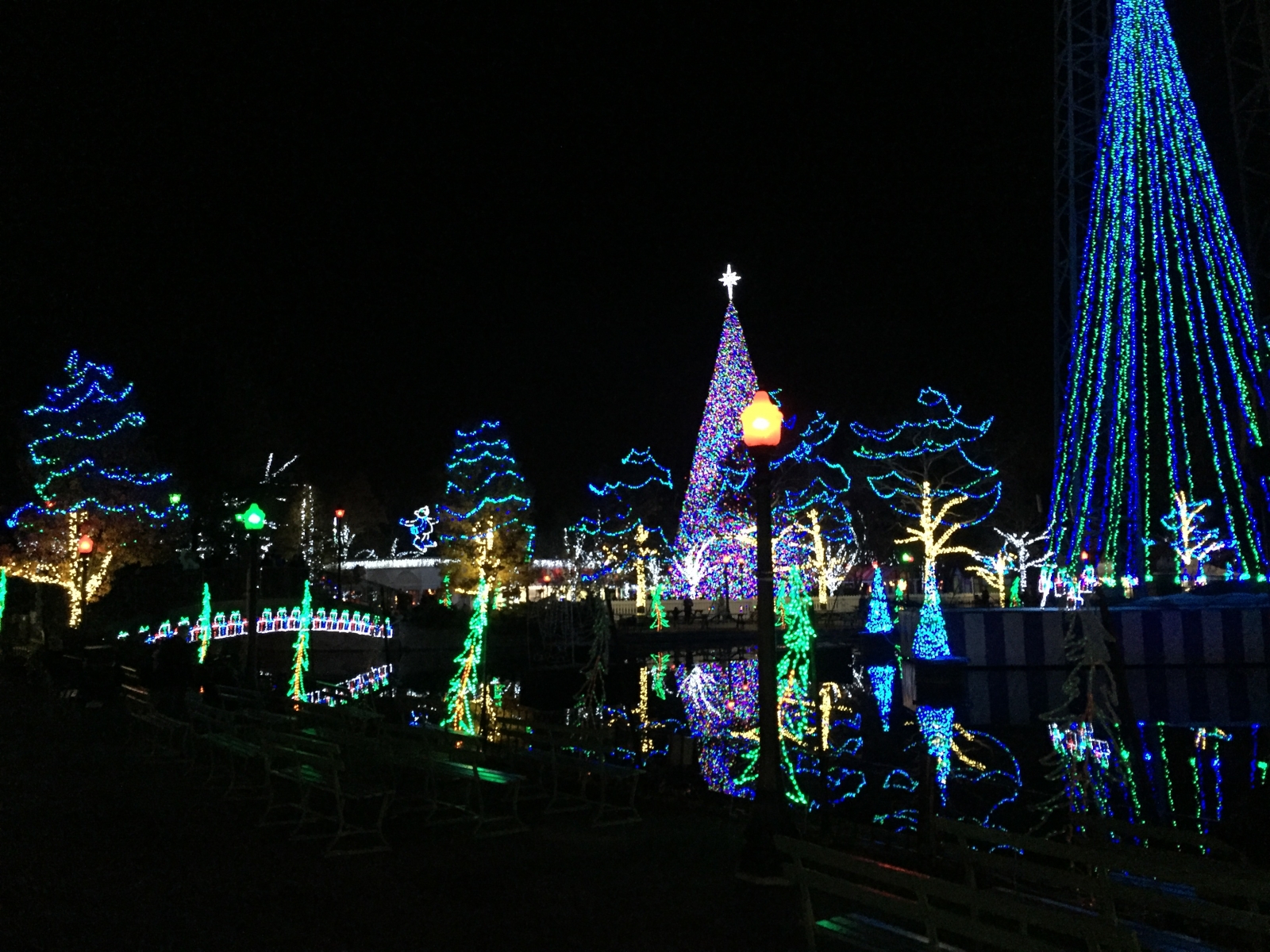 I must admit that, on paper, spending part of the holiday season at Kennywood didn’t initially make much sense to me. Spending an October night at the West Mifflin Park for Phantom Fright Nights, the park’s long-running haunt fest, is a natural outgrowth of the park’s season; it commences not long after the end of summer, and the haunted theme park is an enduring horror trope.

Venturing to Kennywood when it’s too cold to ride roller coasters, though? With snow lining the handrails? Somehow, it felt against the natural order of things.

That was before I visited Holiday Lights, however. Now in its sixth year, the December celebration is centered around a series of light displays — with more than 2 million individual bulbs — capped by a 90-foot-tall tree overlooking the park’s lagoon.

And somewhere between the calliope renditions of Christmas carols at the entrance and the seasonal funnel cakes, I changed my mind. This is a fine idea.

Let me get to those funnel cakes first, because they deserve the attention. At Holiday Lights, you can devour a Hot Chocolate Funnel Cake (hot-chocolate batter, powdered sugar, chocolate chips, marshmallows and more) or the Seasonal Funnel Cake Supreme, with apple pie filling. (I’m just going to say that one more time: apple pie filling). There are gourmet waffles, hot chocolate and cider, warm mini-doughnuts and more seasonal treats.

And — perhaps most vitally — I can now answer the big question: Yes, the Potato Patch is open.

A leisurely stroll through the park to observe the light displays, from the massive and musical setup around the lagoon to hidden details tucked around each corner, is a fine way to pass the time while nibbling at those treats. And when you’ve had your fill, yes, a number of tamer rides are open; the centerpiece is a holiday-themed Noah’s Ark, wherein all of the animals have donned seasonal attire.

Fundamentally, though, Holiday Lights is much more of a family-focused event than Phantom Fright Nights. You can tote your tots over to the Racer for a photo with Santa, or stop at the Kennyville Stage (near the Thunderbolt) to hear “The Night Before Christmas” read by a special guest (including such luminaries as Pittsburgh Dad, Rick Sebak and — improbably — WWE Hall of Famer Mick Foley).

And for both grown-ups and children, the short 4-D version of “The Polar Express” playing at the Kennywood Theatre is worth a look. I won’t spoil the effects, but I’ll just say one word: Smell-o-Vision. (No, not for the reindeer.)

Families will get much more holiday entertainment here than they will trekking to find a mall Santa, and Christmas-loving couples can make a fine date night out of Holiday Lights as well. Check the weather report and bundle up, but if you pick a fine December night, you may find yourself establishing a new winter tradition.

This article appears in the December 2016 issue of After Dark.
Categories: After Dark