Why This Bride Chose Him to be Her Maid of Honor

Two Pittsburgh brides tossed “conventional” out the window by inviting nontraditional family members to be their Maid/Matron of Honor. 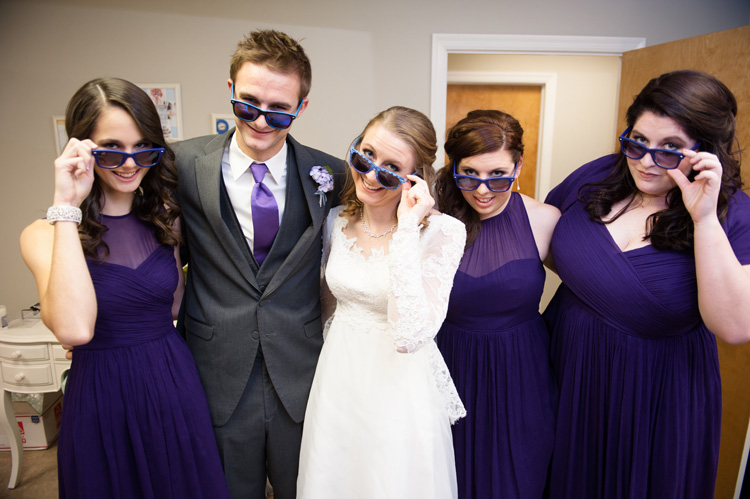 Amy Maletic wanted a nontraditional member of her family to stand beside her on her wedding day.

Her brother, E.J. Maletic, four and a half years younger than Amy, has not always been close with his sister. But after he graduated high school and matured, the two grew closer together. Amy says their shared experiences as they grew up helped them develop a “natural friendship.”

“As he’s gotten older, we’ve gotten really close. The support he has given me — that’s a friendship for life,” says Amy. “I didn’t want anyone else beside me.” 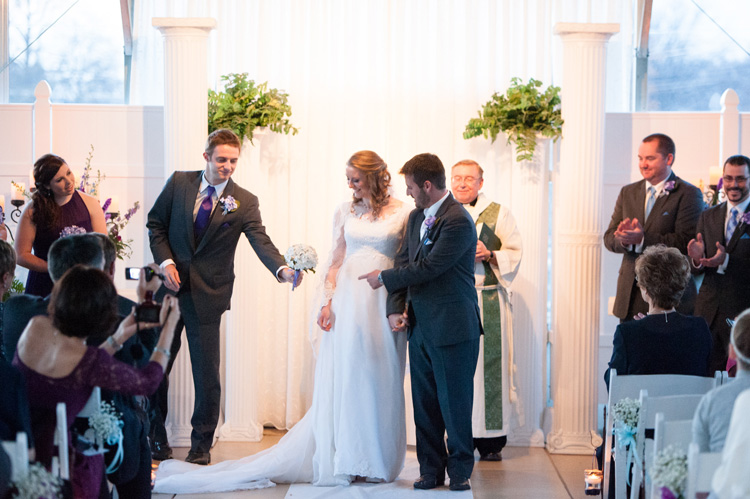 The brother and sister say no one was surprised by Amy’s decision, except for E.J.

“I was surprised but said absolutely. I figured someone else would take that role,” he says.

Amy asked him as they were moving Amy out of her parent’s home and into her new home with her future husband, Jexx Varner, whom she married on Nov. 15. 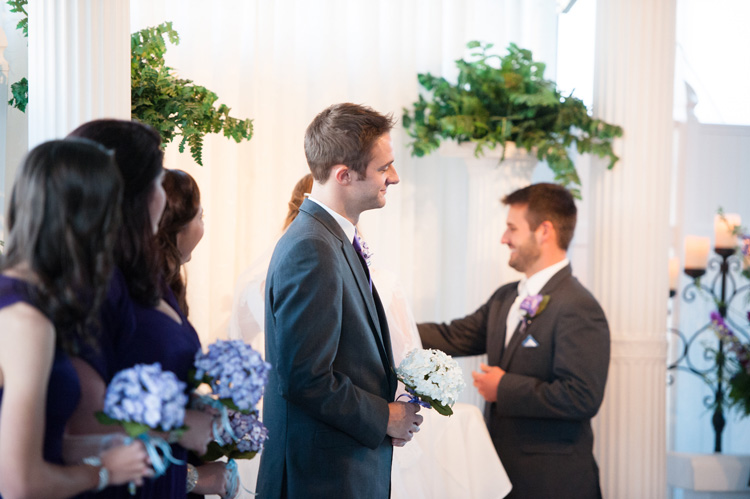 “He had one of the biggest smiles I have ever seen,” Amy says of E.J.’s reaction to her proposal. “And asked if I wanted him to wear a dress.”

Although Amy didn’t make him wear a dress this time, she recalls times when they were younger that E.J., desperate to play with her and her friends, would sport dresses for their “dress-up” games.

“There's an ‘infamous’ photo of me and two of my childhood friends in dress-up gowns and E.J. standing there with us in my mom's old Brownie uniform and one of my old Easter hats,” says Amy. 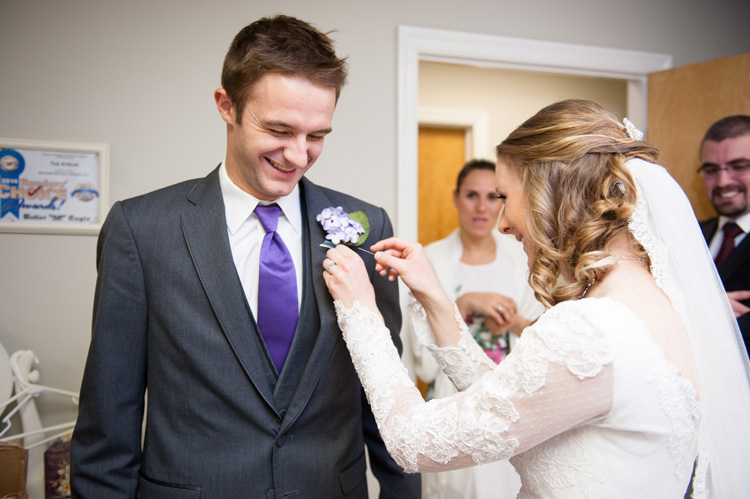 Neither would have guessed that all the days of “dress-up” would have ended with E.J. standing by her side at the altar.

The brother and sister says E.J. is more laid-back than Amy, which came in handy when planning for the wedding. E.J. provided emotional support and an ear to listen when Amy was struggling — plus a large hand in helping to cut out the paper-flower centerpieces.

For the parts that he could not be involved in, such as the bachelorette party and the dress fitting, Amy’s mother and cousins stepped in. But that didn’t stop E.J. from taking an active role. He visited the salon on the day of the wedding as Amy and her three bridesmaids were getting ready, and he had a bottle of wine and lollipops waiting for Amy and their mother when they came home from a dress fitting.

On the day of the wedding, he took his responsibilities seriously, holding the flowers at the altar and “fluffing” her dress when instructed to do so by the priest.

“We offer a nice kind of balance. I was a little more laidback and she’s more detail oriented,” says E.J. “Within recent years, we’ve gotten rounded out to be more similar to one another.” 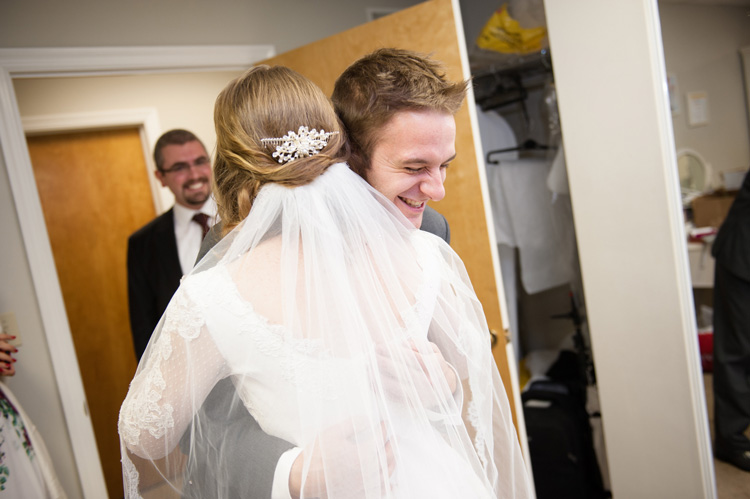 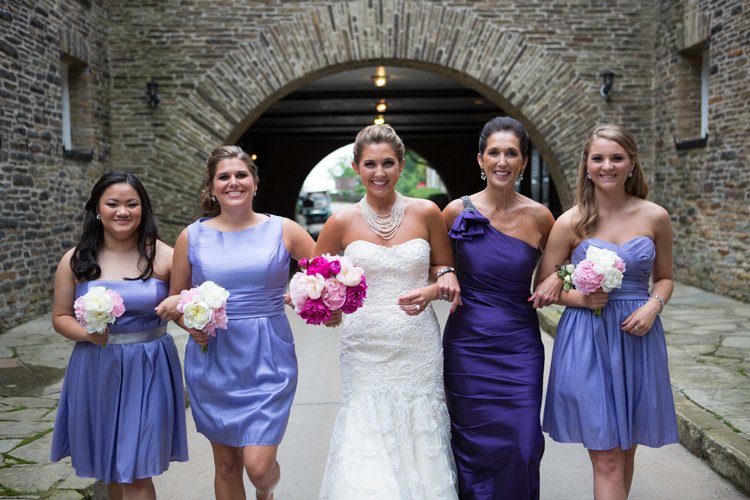 When Sarah Nelson asked her mother, Sharon, to be her maid of honor for her June 2014 wedding to Matthew Fahrenkopf, Sharon’s first reaction was to laugh.

“I said, ‘You don’t want your old wrinkled mother up there, are you kidding me,’” says Sharon.

But Sarah was insistent.

“I was thinking about the sacrament of marriage and who I would want next to me to take this big step, and it was my mom,” says Sarah. “My mom is my best friend in the whole world.” 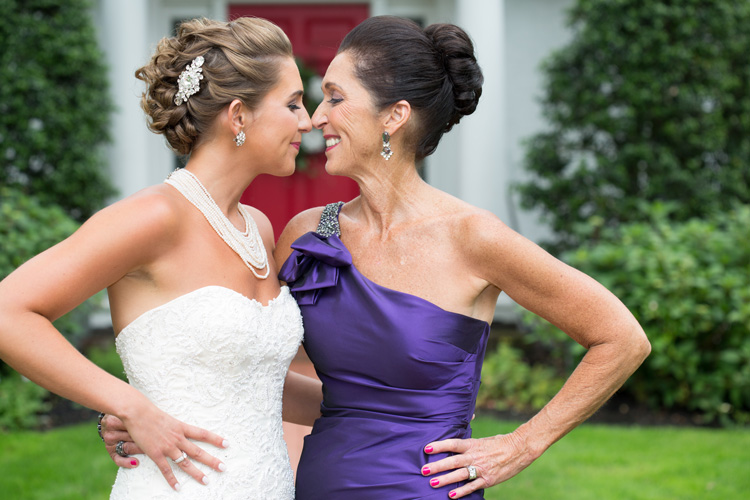 Sarah and her mother became close in high school, when tussles with friends left Sharon often comforting her daughter. Sarah, a native to the Pittsburgh area, attended Carnegie Mellon University, and she would travel home every weekend for Sunday night dinners with her family. When she moved on to graduate school at Penn State, she continued to make the trip home regularly.

Mother and daughter had a lot of bonding time during those visits, from shopping to watching, in their own words, “bad” reality TV, to treating themselves to manicures.

Sarah says it was during these years that she realized friends would come and go, but family would always be there. 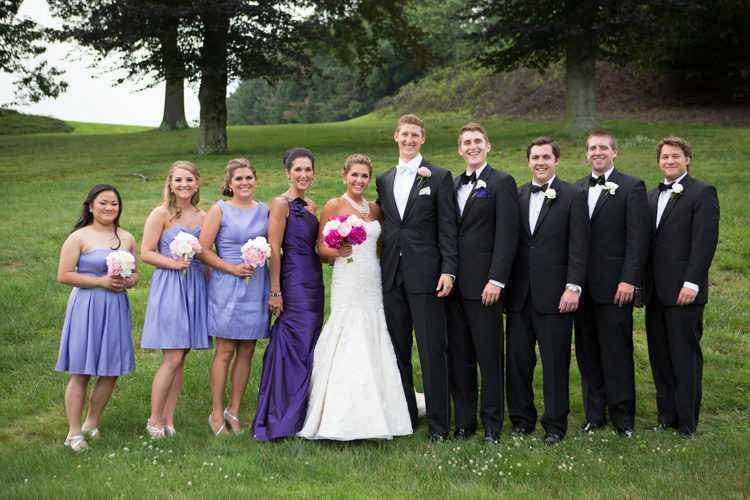 The rest of Sarah’s bridal party was made up of family members as well, with her bridesmaids consisting of two sisters-in-law and one cousin. The groom’s side of the bridal party included both his brother and Sarah’s brother, as well as two long-time friends, but he considers them family.

Sharon and Sarah took over the planning, only involving Matthew for the final decisions.

Just as Sharon helped her daughter throughout the wedding process, Sarah says her mother has been there through all of Sarah’s major life events, from music recitals to sporting events to everyday triumphs to supporting Sarah’s relationship with Matthew. This was a major factor in Sarah’s decision to ask her mother to stand beside her at the wedding. 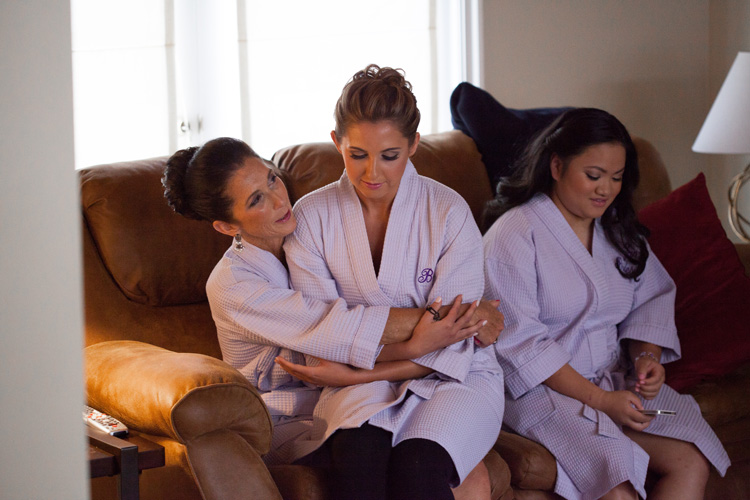 “When I think of a matron of honor, I think of someone who is very supportive of your relationship, someone who can provide constant advice and really support that huge chapter of your life,” says Sarah. “[My parents] are a role model for what a successful relationship is. I wanted someone up there who has had a strong relationship based on support and love.”

Growing up, Sarah would often watch “Anne of Green Gables” with her mother, and Sharon would always advise her daughter to wait for “her Gilbert.”

As Sharon got ready to walk down the aisle right before her daughter, she heard the familiar strains of the song that plays when Anne realizes Gilbert is “the one for her” in the movie, a surprise prepared for mother and daughter by the musicians. 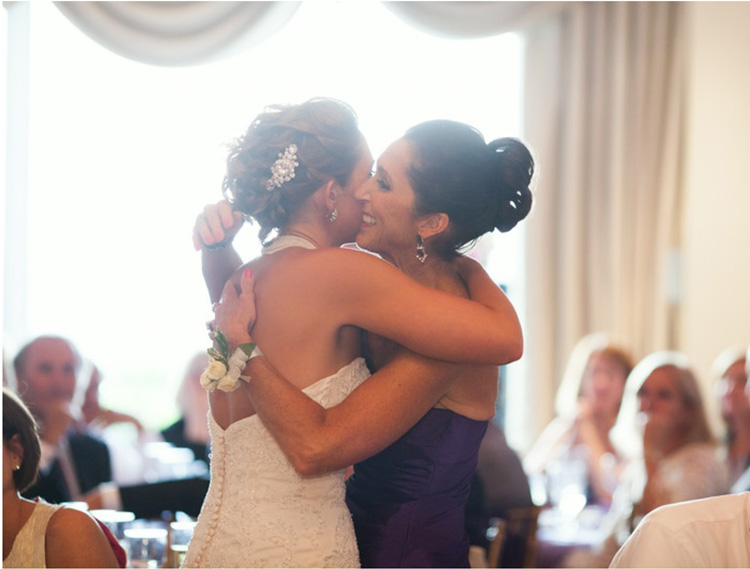 The day after the wedding, Sarah and her husband moved to Michigan, where Matthew had accepted a job. Even though Sarah still calls everyday, the transition was hard for mother and daughter.

On Sarah’s first birthday away from home, she was feeling gloomy about not being able to see her mother. When she went to get her hair done, she was complaining to the receptionist about her situation, then she turned and found her mother waiting for her in the chair next to her own.

“It was a great moment,” says Sharon. 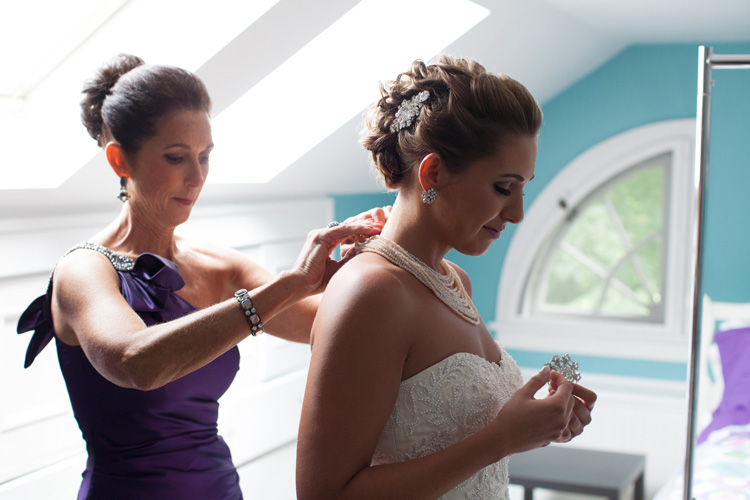