After a year off because of the pandemic, the celebration returns with a new day, a new look and a new sponsor. 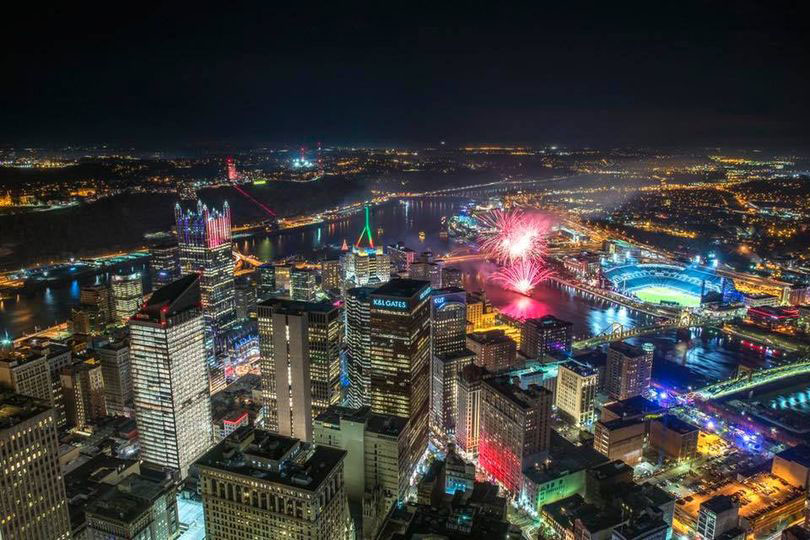 Light Up Night is back for its 60th year, and it’s celebrating its diamond anniversary by mixing things up.

Hailed as the official kickoff to the holiday season in Pittsburgh, Light Up Night has traditionally been held the Friday before Thanksgiving. But this year, it’ll take place on Saturday, Nov. 20. The Pittsburgh Downtown Partnership says the change is part of a larger “refresh” for the beloved celebration.

The refresh also includes the release of a new Light Up Night logo featuring Highmark, the event’s new presenting sponsor. Comcast had sponsored Light Up Night in years prior.

“Pittsburgh’s annual Light Up Night is a tradition for our community. Our sponsorship of the event complements the lighting of the region’s most iconic and historic Christmas tree affixed to our building at the corner of Penn and Stanwix Streets,” said Dan Onorato, executive vice president and chief corporate affairs officer at Highmark Health, in a press release. “We‘re excited that the move to Saturday will now make this signature event even more family-focused and welcoming to all.”

With just more than two months to go until the event kicks off, many other details are still pending, but the Pittsburgh Downtown Partnership promises “virtually every building in Pittsburgh’s dramatic skyline will be illuminated, providing a vibrant backdrop for a fun-filled evening of holiday festivities that include tree lightings, live music, craft foods, shopping, music, and of course, a spectacular fireworks finale from Zambelli International.”

The move to Saturday is the product of discussions between multiple city and public safety offices, who concluded that it’ll “reduce a myriad of operational challenges.” Specifically, hosting the event on a weekend will lessen rush-hour complications, as street closures will be pushed to after the workday on Friday to avoid detouring cars or rerouting busses during peak times.

The Pittsburgh Downtown Partnership will also launch a Friday night restaurant and retail promotion to coincide with the grand opening of the 10th annual Peoples Gas Holiday Market, as well as the official opening of other Downtown holiday attractions, according to the press release.

The Saturday change also made this possible, as commuters won’t be leaving town early Friday to avoid Light Up Night traffic. The promotion is being touted as a “stay and play” concept, intended to appeal to Downtown’s office and residential communities while supporting Downtown restaurants and retailers that remain challenged by the pandemic, which canceled Light Up Night entirely last year.

“We know that this 60th Anniversary will provide an especially significant year of holiday spirit,”  said Jeremy Waldrup, president and CEO of the Pittsburgh Downtown Partnership, in the press release. “The community is really seeking out immersive experiences that can evoke happiness and joy, and help you find that wonder you can only get at the holidays – and we’re confident they’ll find that in abundance Downtown this year.”