The musical “Hamilton” made its subject a hero again, but Alexander Hamilton wasn’t always beloved in western Pennsylvania. 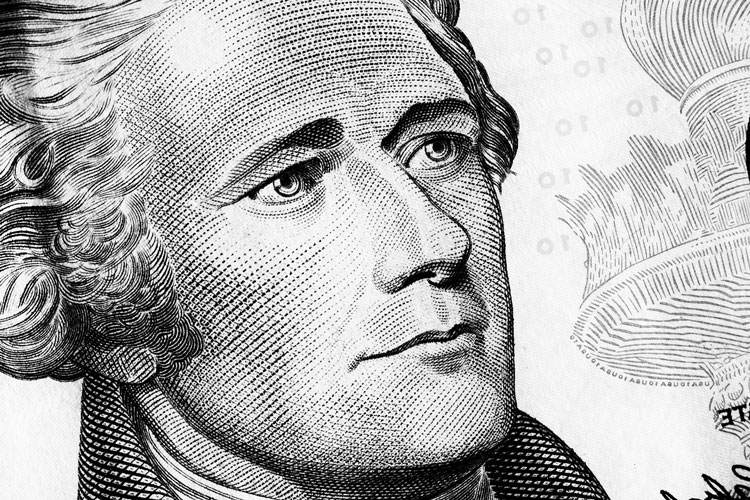 Thanks to Broadway composer and lyricist Lin-Manuel Miranda, many Americans know a lot about Alexander Hamilton — “the ten-dollar founding father without a father.” As the center of the musical “Hamilton,” his stature as an early American hero has been restored. There was a time, however, when he was a hated and feared man, representing the worst aspects of the new federal government, in western Pennsylvania.

In his 2006 book, “The Whiskey Rebellion,” historian William Hogeland details Hamilton’s role in that often brutal uprising. Not only did the founding father create and champion the tax on distilled liquor that gave rise to the rebellion, he named the insurgency, first describing the insurrection as the Whiskey Rebellion. In 1794, Hamilton came to Pittsburgh to punish as many rebellious farmers and frontiersmen as he could.

Hamilton served as the first American Secretary of the Treasury, a member of President George Washington’s cabinet. He envisioned the 1791 excise tax on distilled liquor, the first tax on a product made in the United States, as a way to help pay off debts incurred during the American Revolution. Folks on the western frontier of Pennsylvania, however, produced a lot of whiskey. They found the tax unfair, got angry and began to protest — often with deadly results. The rebels tarred and feathered tax collectors, a horrible and painful way of discouraging men from government work.

There were incidents near Mingo Creek in Washington County, near the Miller Homestead in South Park and (most importantly) at the stately mansion called Bower Hill, owned by Gen. John Neville. Rebels burned his house to the ground on July 17, 1794.

The federal government had to respond. Hamilton convinced Washington rally federal troops — some 13,000 men from the states of Maryland, Virginia, New Jersey and Pennsylvania — which the ailing, 62-year-old president would personally lead toward Pittsburgh. With Hamilton at his side, Washington got as far as Bedford; there, he received word that negotiators and the western Pennsylvania rebels had signed oaths of support for the federal government in exchange for amnesty from prosecution. Washington decided to travel no farther; on Oct. 21, he headed back east. He allowed Hamilton to continue on to the land around the forks of the Ohio.

When Hamilton and the troops arrived, Hogeland says their presence “made the forks a kind of battlefield, even if no shots were fired.” They staged what came to be known as the “Dreadful Night” on Nov. 13, 1794; hundreds of men throughout western Pennsylvania were arrested and dragged from their homes. Hogeland writes, “Footsoldiers prodded the startled prisoners, close to naked and some barefoot, out of cabins into new-fallen snow while mounted officers barked commands and told furious wives and crying children that the men were being taken to be hanged.”

The prisoners were held without evidence — without formal charges, often without food and water — as traitors. Hamilton interrogated some, but most were eventually released; 20 of the defeated rebels were required to go to Philadelphia to stand trial. They marched on foot across the state, under mounted guards, for an entire month, arriving on Christmas morning. President Washington would eventually pardon them all.

Hamilton felt that all of his work to establish and reinforce the power of the national government was essential — and successful. In the biography that inspired the musical, Ron Chernow writes, “Enough rancor toward Hamilton remained in western Pennsylvania that he required a special escort of six soldiers on horseback when he left Pittsburgh in late November.”

This article appears in the January 2018 issue of Pittsburgh Magazine.
Categories: From the Magazine, Rick Sebak