Why More Pittsburghers Are Beating the Sun to Work

The majority of commuters hit the road between 7 and 8 a.m. — but a growing number are rolling out much earlier. 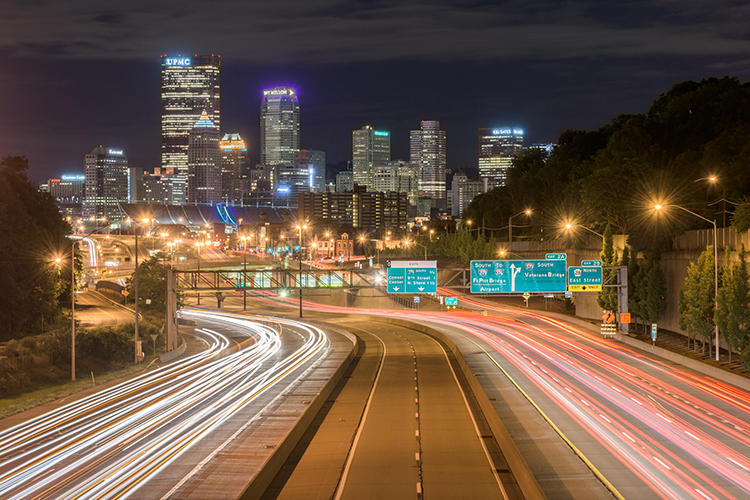 If it’s true that the early bird gets the worm, then Pittsburghers must be hiding a lot of worms. There is a growing number of workers who arrive at their desks long before the sun rises.

Analyzing data from the U.S. Census Department, the Pittsburgh Post-Gazette reports the number of commuters in Allegheny County who leave their homes between 5 and 6 a.m. grew 41 percent between 2000 and 2014.

“You’re free to get things done without interruption by anyone” engineer Giuseppe Sciulli, who likes to get to work around 6 a.m., told the paper.

The local TV stations noticed the trend a few years back when they moved up the start of their morning news programs from 5 a.m. to 4:30 a.m.

Flex time is also more common among large businesses, and experts suggest the early birds may simply be tired of sitting in rush hour traffic.

“What happens is as congestion gets worse, people tend to slide toward the shoulders of the peak,” national traffic consultant Alan Pisarski told the PG. “They either start earlier or later, but typically starting earlier seems to be the thing they have to do.”

Be sure to let us know what the sun rising over the Pittsburgh skyline looks like; (this college student) will still be in bed.

#TakeouttheTrashReminder: There's an App for That 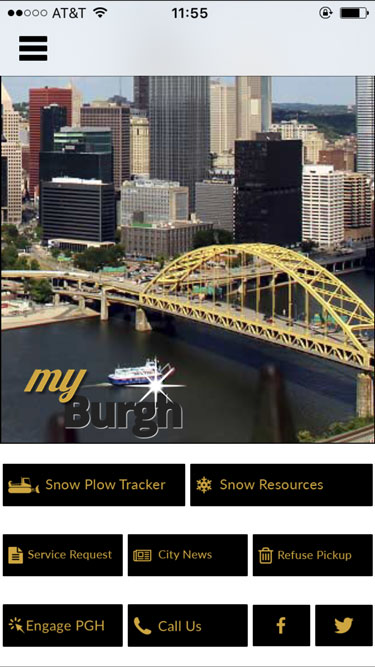 The City of Pittsburgh is making it easier than ever for residents to file non-emergency requests for service.

Mayor Bill Peduto and the Department of Innovation & Performance recently announced the “MyBurgh” app, which attempts to make filing a request to Pittsburgh’s 311 service as easy as texting your friends for dinner.

The app will allow residents to file any non-emergency request with text, pictures and GPS tracking, as well as keep tabs on the progress of their request. Requests can still be submitted by calling 311, online at pittsburghpa.gov/311/form, or by sending a Tweet to @Pgh311.

This new system will combine three databases into one for easier tracking by both operators and responders. It will also combine all requests for a single issue into one work order instead of creating a new work order for each request.

“From the snow plow tracker to this new app, the City of Pittsburgh is continuing to make customer service to taxpayers, increased efficiency, and transparency about our operations the cornerstones of city government,” Mayor Peduto said in a release.

The app, which is free for both iPhone and Android users, is interactive and easy to use. It allows you to mark your favorite place in Pittsburgh and select the type of issue from a list of more than 20 services. The best part: it can even text you a reminder to take out the trash the night before garbage day.