Why More Couples Want to Design their Own Wedding Rings

No two couples are alike, so why should their engagement rings be? Custom-designed rings are increasingly a popular way to show your significant other just how one-of-a-kind your love story is.

For most brides and grooms, the bulk of the planning goes into the wedding day. But before they begin to plan the ceremony, there is the proposal.

According to several Pittsburgh jewelers, custom engagement rings and wedding bands have become more popular over the past few years. It’s about the experience of designing the ring, whether you go with your significant other or by yourself.

Caesar Azzam, gemologist and owner of Caesar’s Designs, has noticed the trend at his Shadyside store.

“I think now people mostly think, ‘We don’t need whatever somebody else has, or whatever is the most popular,’” he says. “It’s about personal style, and the ring has to reflect that. People are aware of the availability [of custom designs] and they exercise that right to be unique.”

Pittsburgh bride Briana McDivitt and her husband Greg Smith opted for custom designed rings. Greg decided to go to Jared to design Briana’s engagement ring, a round diamond and an intricate band, as a surprise.

“I tell people I asked for a Subaru, and I got a Cadillac!” she says with a laugh. “Honestly, the ring he designed was 10 times better than any other ring I showed him. It’s nice and special that there is the thought and extra attention put into it.” 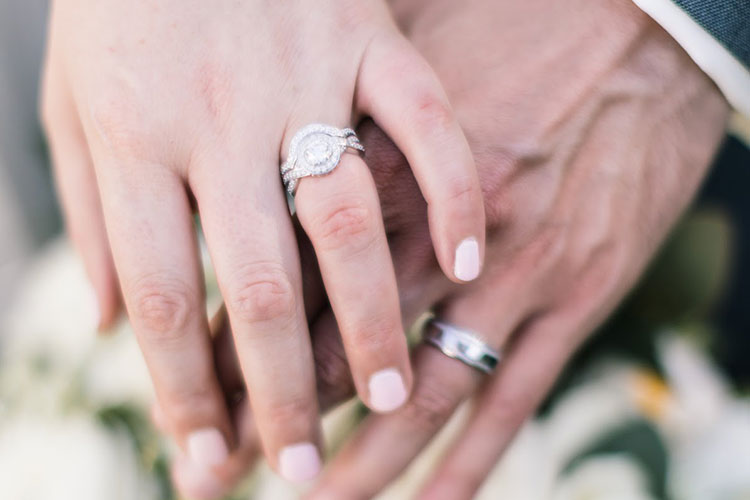 Briana’s custom wedding band, also from Jared, was made with her engagement ring in mind. Like many custom wedding bands, it was crafted with a slight indentation, almost like a puzzle piece, so that she could wear both of her rings together.

When the time came to choose Greg’s wedding band, Briana decided to return the favor. She went to Zales to custom design Greg’s ring.

“I think a lot of guys are fine with getting something out of the case, but when I went and when we were shopping for rings for him, he didn’t like the brushed rings. He thought they looked like plumbing stuff and washers,” she says with a laugh. 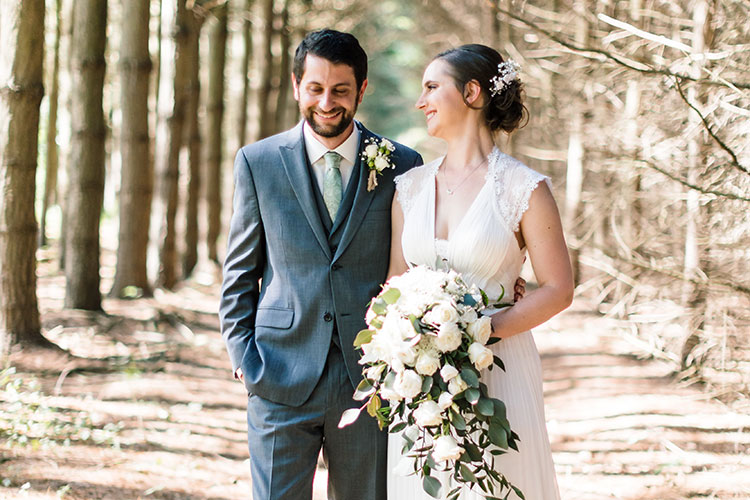 Briana suggests that brides and grooms should consider every factor when designing something so special. Couples should know that it takes about three months to design and create a custom ring. If you’re an outdoorsy person, maybe a silicone ring that is less likely to be damaged would be your best bet, or a ring that does not have a high-cut diamond that can snag.

Azzam agrees. “I think people should know that they are in charge, and they can choose what goes into their rings now more than ever. And the choices are limitless. It’s easy to find a jeweler that can cater to your needs so that you can walk out with something [you] want to wear for a long time,” he says. 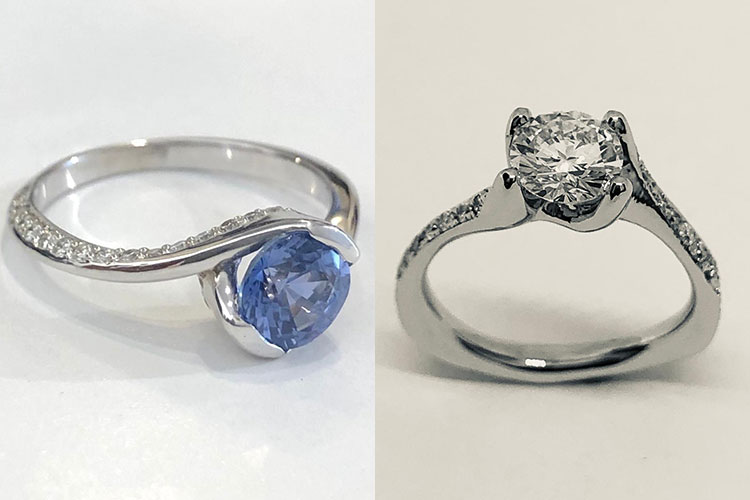 Amanda McGaughey’s husband Jeremy Papp designed her ring in complete secrecy at David I. Helfer Jewelers in the Clark Building Downtown with the help of a family friend. After stalking her Pinterest boards, Jeremy got the idea to design a custom engagement ring.

“He knew I wanted gold, but everything else was his choice based on what he thought I’d like,” Amanda says. 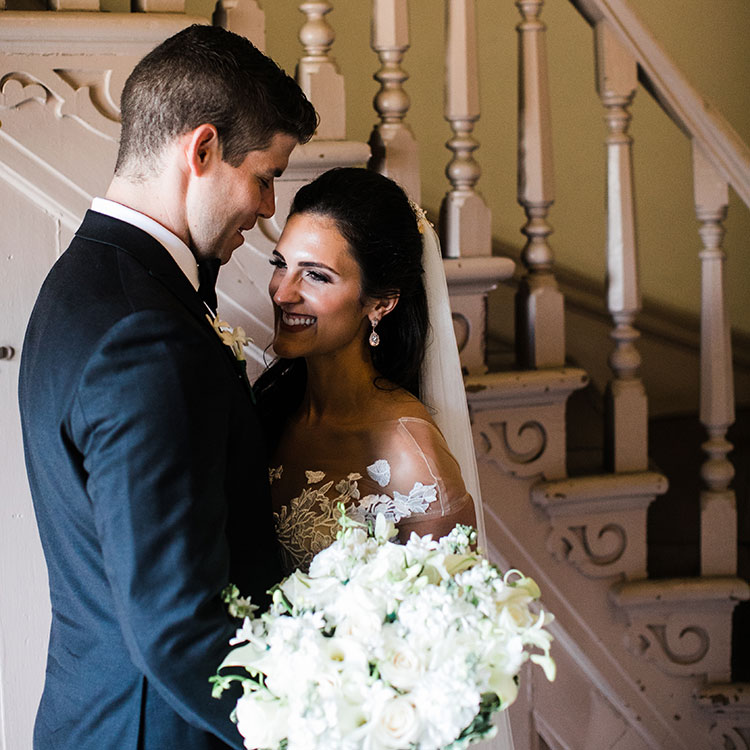 Jeremy purchased the diamond online and had it inspected before the jeweler placed it onto the band.

Jill Pushic and her husband Frank Troff went to Beeghly and Co. Jewelers in Greensburg together initially to try a ring Jill had her eye on. But once she was in the store, she realized she wanted something more personal.

“I had wondered if I could incorporate my mother’s engagement ring diamond,” she says. Jill was also given Frank’s mother’s ring, which incorporated his grandmother’s brooch, and they decided to use elements from both mothers’ rings when designing Jill’s.

The sentimental value of her family’s heirlooms was important for Jill. Not only would her ring be the symbol of her and Frank’s love, but a symbol of their families’ love, too.

Amy Beeghly, co-owner of the store, says her team created the custom design of Jill’s ring by using the passed-down stones and by engraving “143” on the band. Her birthday is April 13, a configuration of the numbers that Fred Rogers used to say “I love you,” stemming from the one letter of “I,” the four of “love” and the three of “you.” Frank would write the numbers in cards or on flowers he would send to Jill. 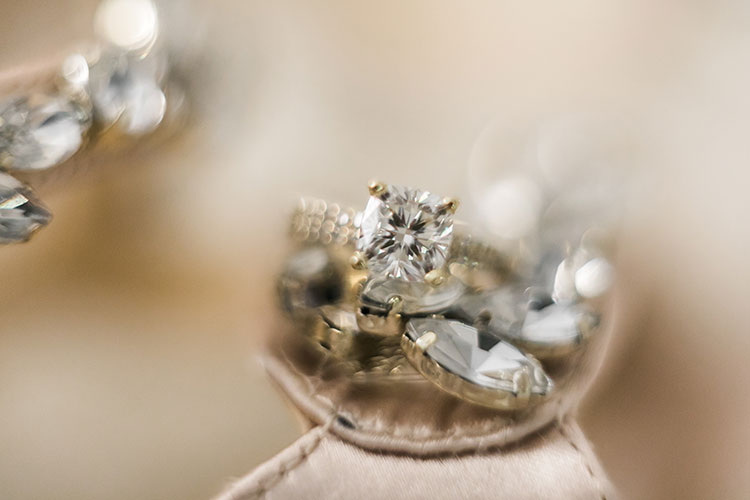 For the bride-to-be, the design process was simple. Her designers were able to understand her vision clearly and sketch exactly what she wanted. Her advice to couples looking to design their rings is to find a jeweler who is able to “translate your vision, and bring it to life.”

Another tip: Don’t let the fear of a high price tag prevent you from exploring a custom-made ring.

“I thought it was going to be expensive, and then when we priced it out, it was not much different to have them custom make the ring than buying it from the store,” Jill says. “It was a little bit more money, but it was so worth it.” 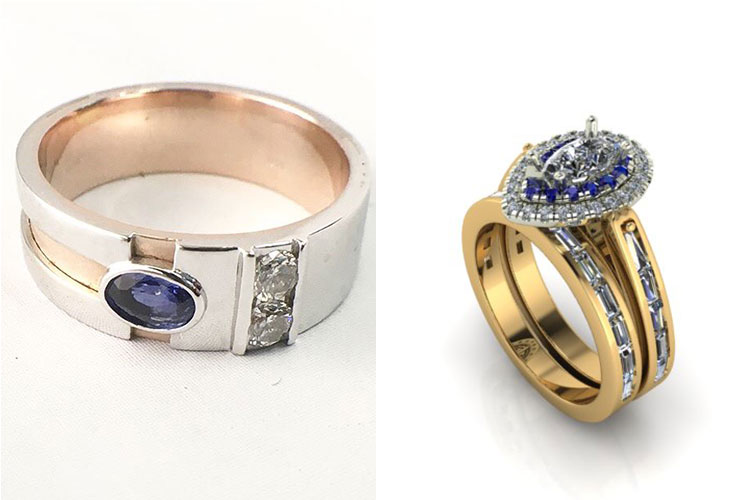 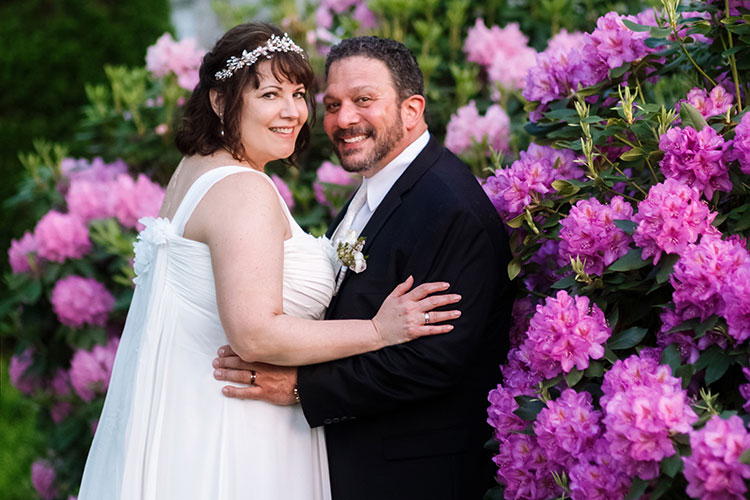 If you are still unsure, you can always ask a jeweler if they can make slight modifications to a ring in their case, as Jill did for Frank. Her husband’s wedding band is not fully custom made, but she was able to add a personal touch to it: her fingerprint.

If you already have thought about the wedding bands, you’re a step ahead of the game. For jewelers, it’s nice to start thinking about how the engagement and wedding rings will complement each other early on in the process to make for a stunning final product.

At Chapel Hills Jewelry in Aspinwall, owner Jack Tesauro spends most of his days helping couples design the rings of their dreams; custom engagement rings are one of the most frequently requested items in his store. The first meeting with a jeweler, he says, is the most important. This is where everything is laid out for the couple, and a rough sketch can be designed. 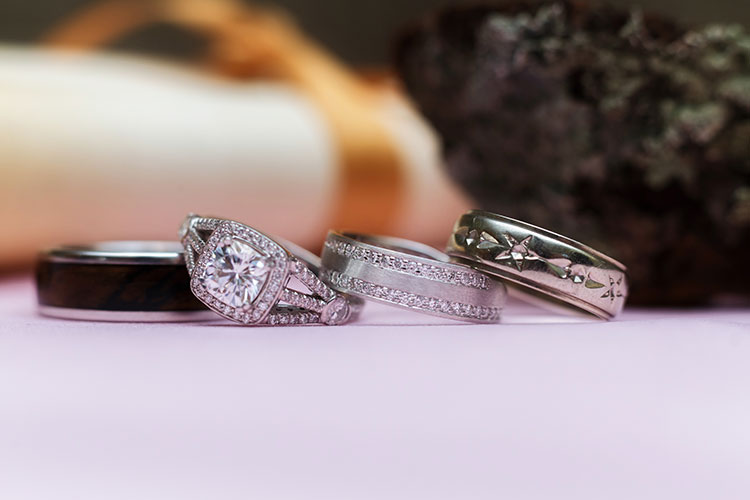 “There are several approaches to customer design, and it’s dependent upon the type of finished piece that somebody is looking for,” he says. “Some people will present [the stones or gems] that they have inherited, or that they have had themselves, that they want redone. Quite often those items become the basis for the creation and design work. Other folks may be looking to create a new or unique ring.”

After that, it’s a good idea to decide whether the final product will be a surprise or not. In the meantime, the ring is moving from paper to the real world.

No matter what you decide on for the rings, the proposal and the exchanging of the rings during the ceremony is bound to be a special and symbolic moment of your love.

“The generation now is very interested in specialization,” says Beeghly. “They want their experience to be special, and they want the feeling of them being special. They don’t just want a product. They want an experience.” 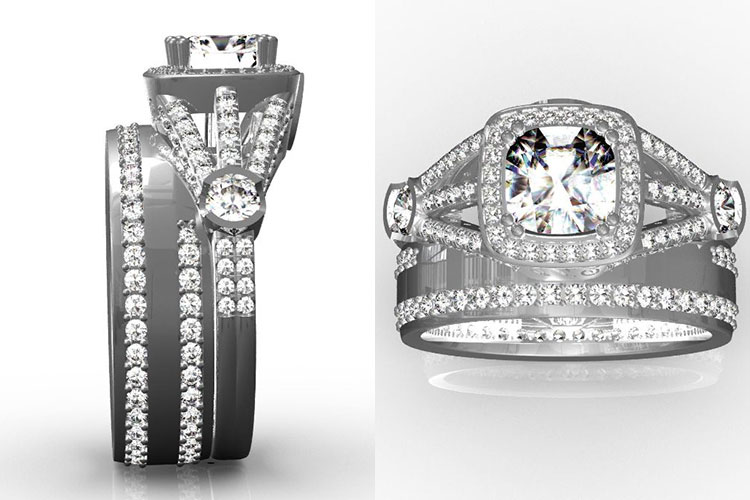 This article appears in the August 2019 issue of Weddings.
Categories: Bridal Buzz, Weddings