Who Wants to Tar-and-Feather a Tax Collector?

In Washington, Pa., the Whiskey Rebellion Festival revives history while celebrating its impact on the present. 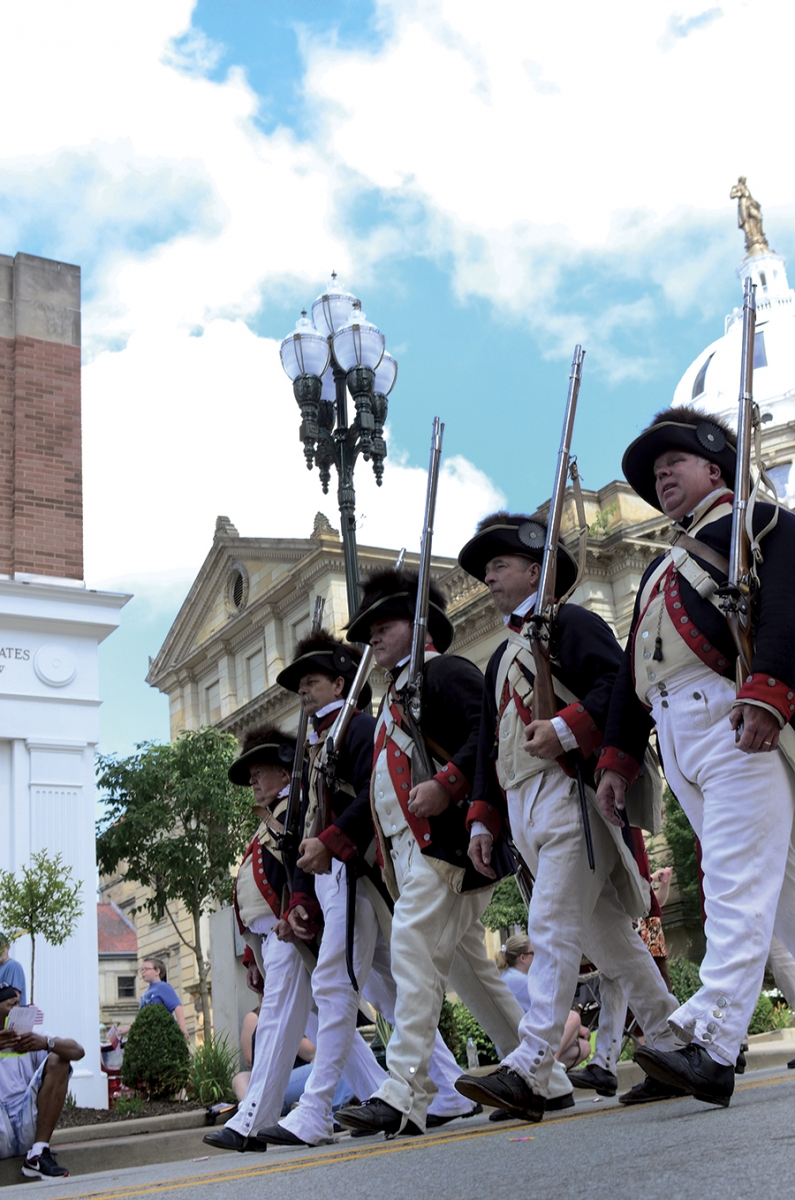 
This month, you’ll find a parade of musket-wielding men in Revolutionary garb on Main Street in Washington, Pa. As part of the annual Whiskey Rebellion Festival, they’ll alternate with typical small-town participants: scout troops, a marching band . . . and maybe a few folks portraying 18th-century farmers. Eventually, shouts will flood the street: “No whiskey tax!” “Join the Rebellion!” And then the finale: the tar-and-feathering of a tax collector.

If you think whiskey is near and dear to our hearts today, you should consider events from local history to understand why that’s so: In the early 1790s, frontier Pennsylvania farmers traded largely in whiskey made from excess rye. Whiskey almost was as precious as money itself. (Yes, some of us still feel that way.) In 1791, Treasury Secretary Alexander Hamilton decided to levy an excise tax on whiskey, and the western Pennsylvanian frontiersmen were not happy. In 1794, they organized, armed and resisted. They broke into the tax inspector’s home and tarred and feathered him. Most importantly, they represented a very real test to the authority of our young government.

The Whiskey Rebellion begins as an almost-charming tale of resistance, but — as is the case with many such stories — it did not end with glory. Rather, it concluded with what many would call total government overreaction.

After the failure of negotiations, President George Washington not only ordered in the militia but also led the charge himself. By the time the troops got to western Pennsylvania, the rebels had disbanded and the militia turned around. In the end, everyone paid their taxes.

The Whiskey Rebellion is remembered as American history’s first example of the government turning the military against its citizens. Its significance to the nation is huge, and crucial moments of that rebellion happened within the same block as the Whiskey Rebellion Festival grounds. So if you’re not into parades or historical re-enactments, take a quick walk to check out the historic houses and sites that are open in conjunction with the festival. You also can catch complimentary bus service to the Frontier History Center in Washington Park, a work-in-progress recreation of a fort site.

At the central festival, the grounds are full of another kind of history: people whose vocations are rooted in historical skills.

At the arts and crafts tent, look for the goods of blacksmiths, knife makers, woodworkers or basket weavers. Saturday is filled with folk, Americana and bluegrass music. In the evening, the festival turns into a party and concert, with New York folk/country act the Felice Brothers headlining. At festival’s end, everyone gathers for a friendly fireworks display.

According to J.R. Shaw, one of three festival organizers, “It’s a celebration of the heritage of the area . . . It’s Main Street, it’s Americana, it’s heritage and it’s a summer festival. It has a little bit of everything for everyone.”

It’s as much about celebrating the region as it is about the rebellion, and that calls for a glass of rye.

This article appears in the July 2014 issue of Pittsburgh Magazine.
Categories: Arts & Entertainment