Whip Yourself Into Shape With These 5 Painless Pittsburgh Running Routes

If you’re going to sweat, you might as well enjoy some beautiful views of the city. 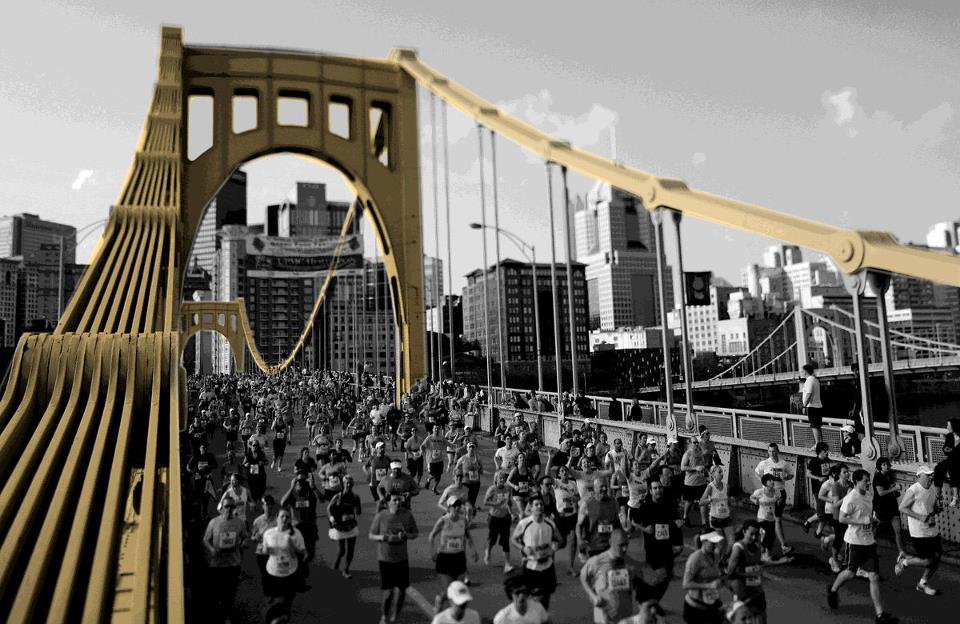 The first day I laced up my running shoes after moving to this city, I learned the hard way that my quads were not ready for Pittsburgh’s hills. In certain neighborhoods (I’m looking at you, Squirrel Hill), I felt like I was training in San Francisco. I talked with David Spell, a coach with the Steel City Road Runners, to share a few of his favorite routes that are easy on elevation gain and heavy on gorgeous views of the city.

5 miles
For this 5-mile loop with great views of historic neighborhoods and campus life, park at Bakery Square in East Liberty. (Grab a cup of joe at Coffee Tree Roasters if you’re waiting for a run partner.) Run southeast down Penn toward Fifth, turning right on Fifth. Follow Fifth to Craig, and take a left. Craig will lead you to Forbes, where you’ll turn right. Then take a right onto Belleview and another right onto Bayard. Follow Bayard to Morewood and take a right. Follow Morewood to Ellsworth and take a left. Run on Ellsworth all the way back to Penn, where you’ll take a right and loop back to Bakery Square.

3 miles
For this 3-mile loop with views of the Monongahela River and old smoke stacks from the Homestead Steel Works Plant, start at the Waterfront Town Square. Run southwest on West Bridge Street to the Great Allegheny Passage and Steel Valley Trail. Take a right on the trail, and follow it along the water until it meets East Waterfront Drive. Take a right and follow along East Waterfront. Pass Amity and take the next left, which will bring you to East Bridge Street; follow it back to the Waterfront Town Square.

¾-mile loop
Take a break from the city with this short run. Park for free on the northeast side of the Highland Park Reservoir along Lake Drive. Enjoy the .75-mile loop, with ample shelters, bathrooms and water fountains if you need a break.

Millvale to the North Shore

Park for free in Millvale along River Avenue, and follow this 1.7-mile run down the Three Rivers Heritage Trail. You’ll run along the Allegheny past Washington’s Landing on your way to PNC Park and Heinz Field. If you want to add some fun cross-training when you get back, check out the Three Rivers Rowing Association near Millvale Riverfront Park; you can learn to row or take classes in dragon boating.

3 miles
This is my favorite route, starting in my neighborhood — where I can indulge in tasty grub pre- or post-workout. Parking along Butler is free on Sundays: Start at Butler and 39th, running southwest toward the Strip. Stay on Butler (which runs into Penn) to 21st. Enjoy the tantalizing buttery smells from Pamela’s, and try not to get sidelined by the tables of tempting biscotti and black-and-white cookies that line the west side of Penn. If you do manage to save your appetite, hit one of Lawrenceville’s many brunch spots when you head back, such as Coca Cafe or Franktuary, both at 38th and Butler.

#TV: Pennsylvanians want their “Game of Thrones,” and they want it now 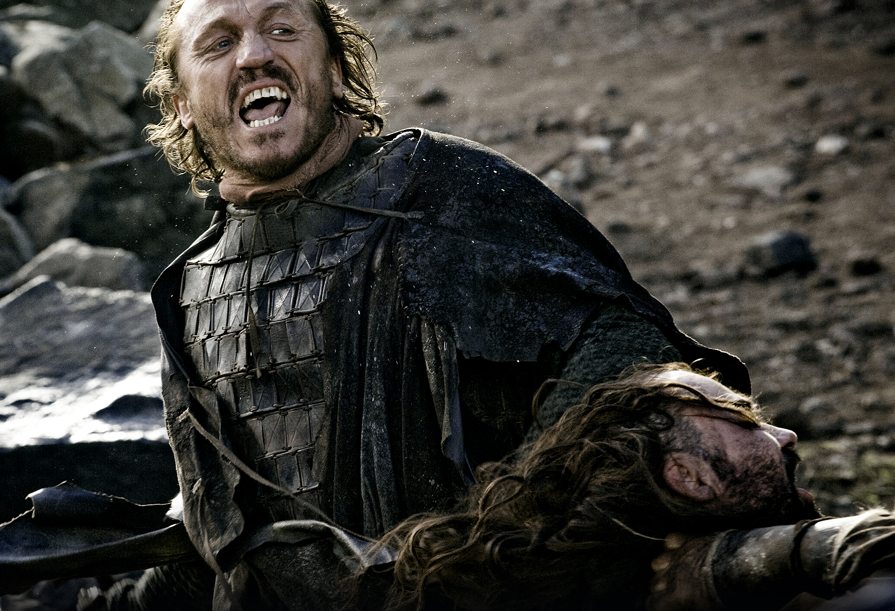 If there’s one thing we can claim with absolute certainty it’s that Pennsylvanians had the utmost desire to watch “Game of Thrones” over the past month — by any means necessary. For most of us, that meant ripping it off of the Internet via torrents. We’re not condoning illegally downloading content, but Movoto’s map of torrents per capita represents how serious of a problem this issue is. Pennsylvania stands in the middle of the pack nationally as downloading culprits, and apparently we also torrent “Captain America” and recently released video game “Watchdogs” on PC fairly often. We may not be perfect, but at least we have good taste in entertainment.