Which is Pittsburgh's Best Traditional Suburb? 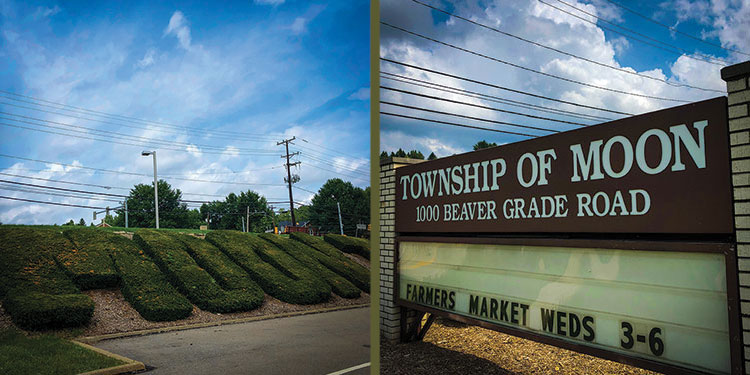 Considering 90 percent of the houses here were built after the Pittsburgh International Airport opened in 1952, it seems surprising that Moon is one of Allegheny County’s original seven townships. But what was once farmland has transformed into a booming suburb of more than 25,000 residents, and the high proportion of new homes is a key reason Moon places first in Pittsburgh Magazine’s Best Traditional Suburb rankings. 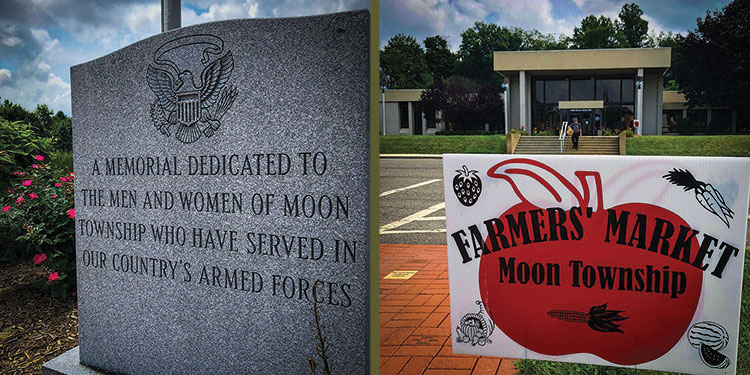 Some houses, like mineral rights attorney Britt Freund’s, are so new that Google hasn’t had time to map their street yet. “For a family and the kind of stuff you need and want on a daily basis — conveniences and community that you trust, and activities for the kids with people you know and like to be around — Moon has all of that,” says Freund, who moved to Moon with his wife and two sons last year. The township also has a sprawling new middle and high school complex with an excellent natatorium, a major attraction for their oldest son Shay, who’s on the Moon Area High School swim team.

Township residents enjoy quick highway access and shorter-than-average commute times compared to other suburbanites in the region. Bikers and joggers can explore the Montour Trail running along the township’s eastern edge and even follow it all the way to Washington, D.C., should the urge strike them. More practical for long trips, there is Pittsburgh International Airport, where approaching jets seem almost within reach of a well-hit drive at Scally’s Golf and Training Center, just outside the flight path.

“Moon Township is sort of like a hometown atmosphere but a large community,” says Teresa Ware, owner of Kip’s Ice Cream, a busy parlor not far from the airport that features homemade ice cream and waffle cones, plus a free lowfat scoop topped with doggie biscuit for customers’ pets. The far wall is hung with plaques of the youth baseball teams Kip’s has sponsored annually since the store opened in 2003.

“We see kids grow up,” Ware says. “Their families are coming in whenever they’re little and can’t see over the counter, and then the same kids are coming back when they’re in college on spring break, and we’re the first place they stop when they fly in.” 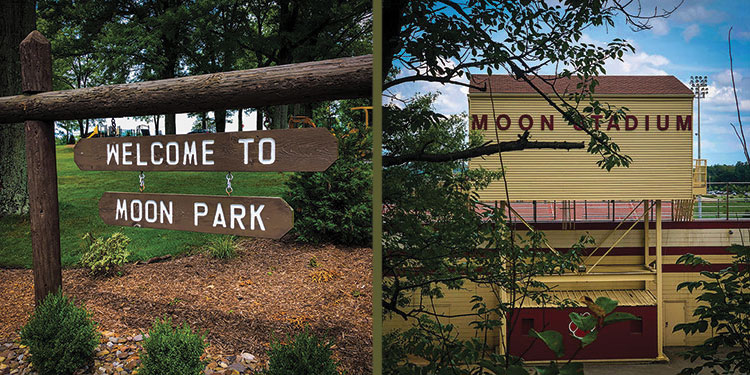 Brody and Louise Womer pause from enjoying their cones at Kip’s one sunny afternoon to say they’re happy to be back in Moon after living in Los Angeles for several years. When Brody was laid off from his job as a TV sports statistician in 2016, they decided to sell their house and come back to western Pennsylvania, where he’s from, to raise their two kids. “Instead of just trying to gut it out in L.A. where it was super expensive, coming back here was really appealing,” he says. “Moon’s a very cool place. We haven’t regretted it at all.

The first 10 minutes we were back, I felt like I was home. I’m more Pennsylvania than California.”

Louise, a cruise ship booking agent originally from Australia, says Moon has another big advantage over her homeland and L.A. — no wildfires. One came perilously close to torching their old place near Santa Clarita, they say.

Mike Gottron, test engineer with Argo AI, says he initially became enamored with Moon as a student at Robert Morris University. After graduation, he and his wife Bridgette decided to settle there.

“There’s a good number of parks that are always hosting different events, like Robin Hill and Moon Park,” he says. “There’s always things to do, and it’s not overpopulated like some of the suburbs.” 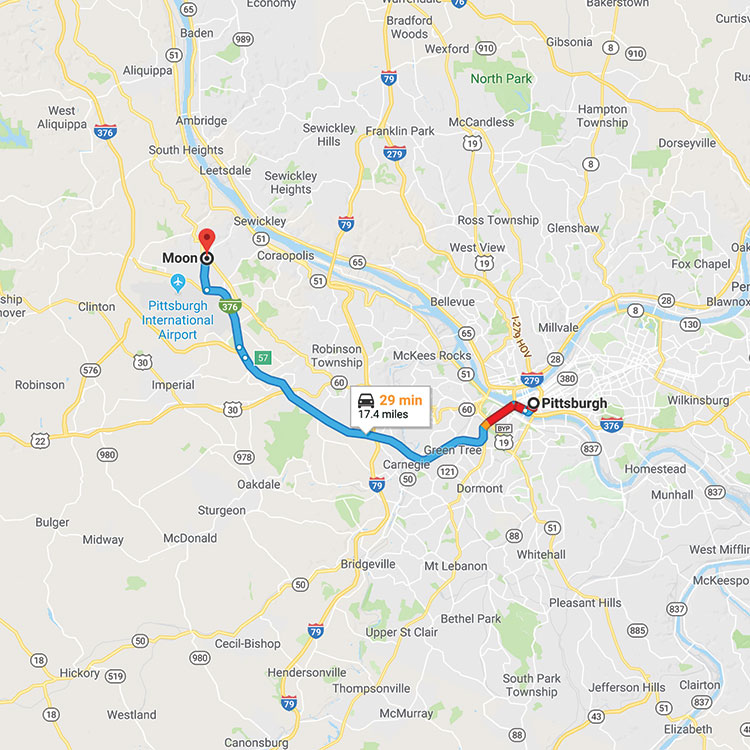