Which is Pittsburgh's Best Affordable Suburb? 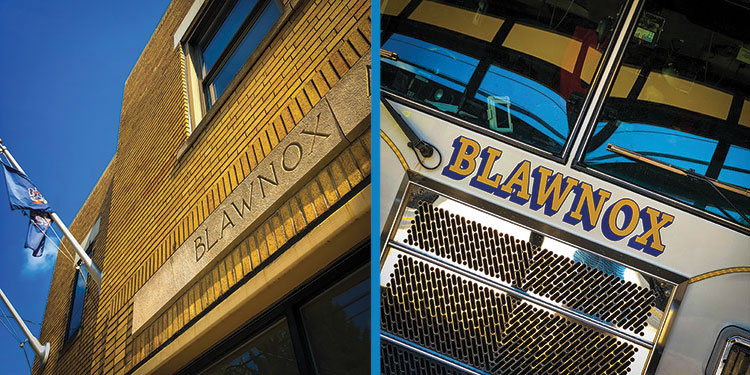 One of three river towns in the Fox Chapel Area School District, Blawnox earns its place as Best Affordable Suburb mainly because of its access to top-ranked public schools and its low crime rate. Other favorable numbers include the borough’s higher-than-average share of adults with college degrees and relatively decent commute times for residents, including a comparably high 6 percent who walk to work. And finally, Blawnox notches points for Curbside Coffeehouse, a great independent café on Freeport Road. 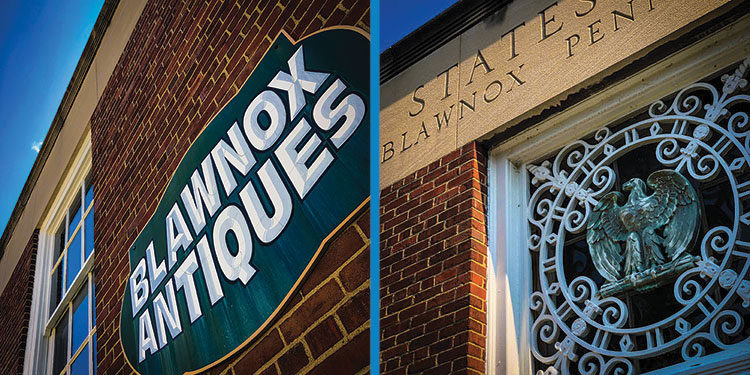 Owner Kylee Clements, an energetic entrepreneur and frequent marathon runner, calls her shop a “happy accident” that popped up in 2008 when her immediate post-college plan to open a coffeehouse Downtown fell through. Dishing out fresh sandwiches and avocado toast along with viscous shots of espresso pulled from locally sourced beans, she and her staff occasionally wear logo T-shirts from the local car dealership. “We just like to support our other Blawnox folks,” explains Clements. “The owner there (at the dealership) is one of our first customers every day — he pulls in every morning at like 5:58.”

Joining the auto dealers and coffeehouse along the borough’s busy half-mile stretch of Freeport Road are a handful of neighborhood taverns, two pizza places, a Thai restaurant, a selection of mom-and-pop shops selling antiques, guitars and snow skis, and the law offices of Natalie Snyder, who relocated from Downtown last year to hang her shingle somewhere her clients could park for free. “It’s a cute small town,” she says. “It’s a nice place to be, and the people are friendly. The business owners, we all kind of look out for each other, like any small town.”

The borough’s odd name has its origins in two companies, Blaw and Knox, that merged and had a factory here long ago. Hillsides are dotted at regular intervals with cookie-cutter one-and-a-half-story red brick Cape Cods that look out across the Allegheny River toward Penn Hills.

That’s the municipality where Christina Charles lived three years ago. An author of romance novels, Charles now lives on Freeport Road a short walk from sidewalk steps, where she sits looking over draft manuscripts while waiting for her son’s school bus. “It’s quiet here and friendly,” she says. “And the education — the school district is really good.” The bus arrives, and her son, C.J., bounds out and runs to his mother, breathlessly spilling out tales of the day’s adventures, then abruptly darts over to a classmate to envelop him in a hug. 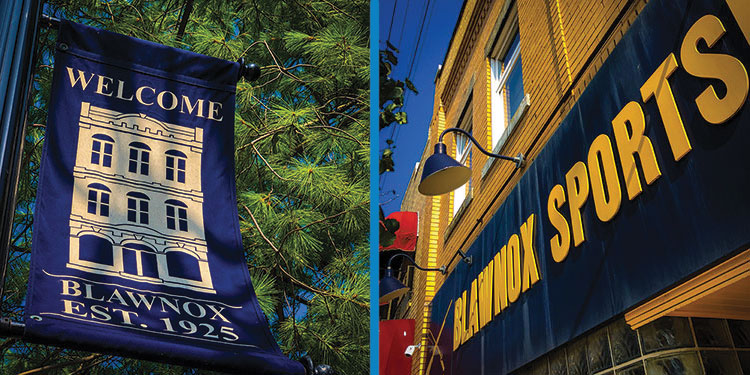 Another resident, Jason Hunt grew up in Columbus, and his introduction to Blawnox was via his sister, who lived here when she was a student at the Art Institute of Pittsburgh. He stayed with her for a summer and liked it enough to stick around. Eventually he bought a house to raise his family. “The people are down to earth, and it seems like everybody knows everybody and helps everybody,” says Hunt, a social worker.

Recently divorced, Hunt is now renting an apartment on the riverside with his father, who moved from Ohio to join him. Next-door neighbors have boats docked in their back yards. “I was looking for a place and was blown away by the view,” Hunt says, gazing out over the river.

Diane Casile-Gross grew up in nearby Aspinwall and moved to Blawnox when she and her husband were raising five children. Now two of those children have their own homes in Blawnox, and her husband, Anthony, is the mayor. “I grew up with sidewalks, porches and neighbors, and that’s what it is here,” says Casile-Gross, who is an administrator for a research laboratory at the University of Pittsburgh and a retired dance instructor. “We’re local people, and we love the local atmosphere.” 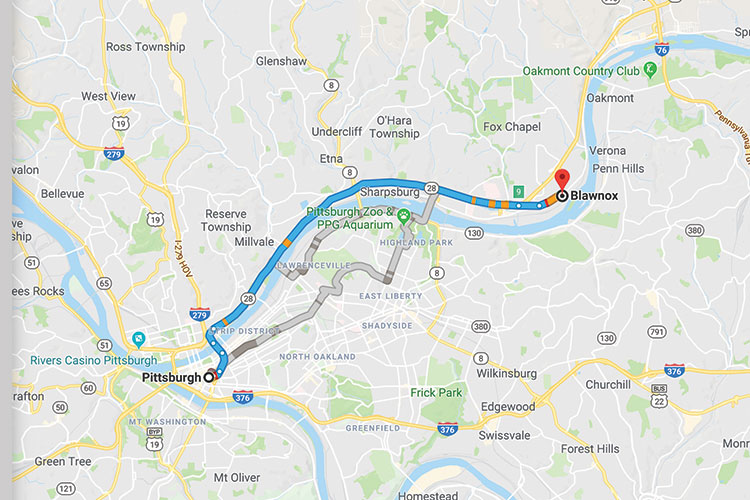