Which is Pittsburgh's Best Affluent Suburb? 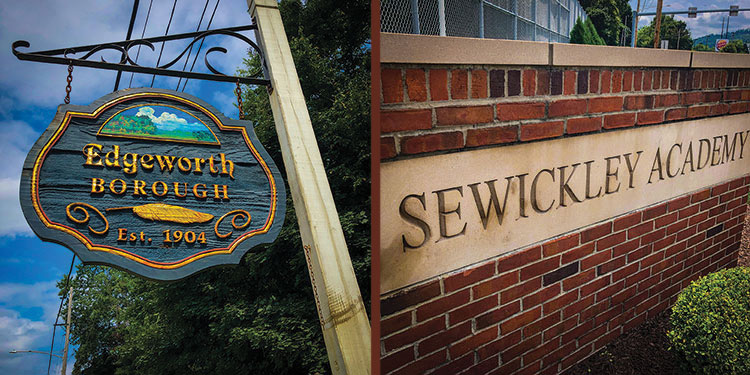 Driving along Edgeworth’s streets, lined with century-old oaks and maples and mansion after carefully landscaped mansion, it’s not hard to believe the neighborhood was named Pennsylvania’s wealthiest this spring by the financial news site 24/7 Wall Street. With high rankings in nearly every category Pittsburgh Magazine measured, Edgeworth edges out other posh Pittsburgh communities to earn the title of Best Affluent Suburb. 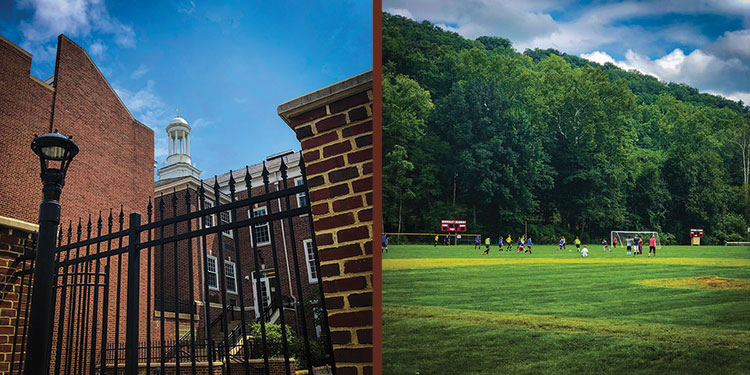 The borough attracts a fair share of millionaires, with Pittsburgh Penguins captain Sidney Crosby as its most famous resident. Blockbuster Hollywood producer Thomas Tull also has settled in Edgeworth, though not without complications — first he bought a historic stone house on a hilltop and had it picked up and moved intact to the other side of the property; then he changed his mind, bought another Edgeworth mansion for $15 million last year and sold the original property to Quaker Valley School District, which is considering building a high school there.

“I think a lot of celebrities enjoy living here because people just sort of leave them alone and they just get treated like anybody else,” says Dr. Gary Smith, an orthopedic surgeon and longtime resident — and something of a local celebrity himself, as he is also the mayor.

He says people appreciate Edgeworth’s small town feel, its well-kept roads and walkable proximity to Sewickley’s shopping district. “My wife and I both went to Edgeworth Elementary, and our three kids went there,” Smith says. “And one of my grandchildren is in Edgeworth Elementary now.”

Besides top-rated public schools, locals also have the option of the private Sewickley Academy, which, despite its name, is just inside Edgeworth’s borders. It’s across Beaver Street from the private Edgeworth Club. New club member John Miller, watching his young son Hugh wobble down the sidewalk on training wheels, says the club’s pool is a favorite spot for his family. An English professor at Allegheny College in Meadville, Miller and his wife drove down to visit on a lark one gray winter’s day and were captivated.
“We were looking for a place just to get away for a day, and we found a place to get away for much longer than a day,” he says. They bought their house last year, a short stroll from the club. It’s significantly lengthened Miller’s work commute time to 90 minutes each way, but they are convinced it’s worth the trouble. 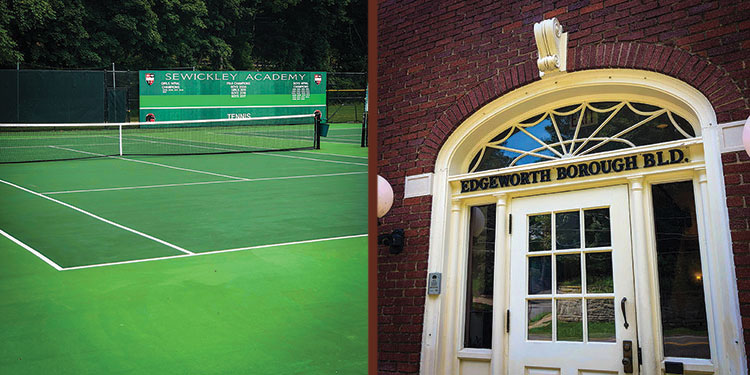 “I’m from St Albans, which is a very leafy suburb of London,” she says. “But here it’s leafy on a much grander scale. When I drive home it never fails to amaze me how beautiful it is.”

Beumer and her husband, a tech company executive, thoroughly researched Pittsburgh area suburbs before settling on Edgeworth. “It kind of came up A+, A+, A+,” she says, so they bought a house in 2016.

Beumer has been back to England five times since then and is excited that her parents and a friend from home are visiting  this year. Europeans sometimes have concerns about gun violence and crime in the United States, but Beumer says she’s delighted by how safe her borough is. “The police are patrolling around to see if someone’s dropped a crisp packet,” she says. “I saw one officer stop his car to pick up a ball that was in the street to kick it back into the person’s yard. He knew whose ball it was. It’s quite an idyllic neighborhood.”