Where We're Eating in October

This month, you can find us chowing down at Casa Rasta, Bluebird Kitchen, Cafe Du Jour and Coriander India Grill. 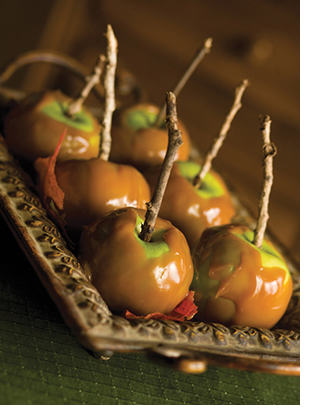 The Big Apple
>> With fall’s official arrival, there’s nothing better than picking up a caramel apple. Sweet and gooey, they’re a perfect treat to enjoy while admiring the foliage; locally, they’re available at Freedom Farms Market, operated by the soon-to-be-famous King family of “Farm Kings” fame. The Kings pick up locally grown apples and send them to Boldy’s (a bakery they now own) to be coated in real-deal caramel.

Bluebird Kitchen
Bluebird Kitchen opened with an almost instant following. Who could resist housemade goodies, like the chocolate-cherry scones — sweet with a salty twist? Or salads featuring fresh, in-season produce, like heirloom tomatoes and avocados? Tucked off Forbes near Market Square, the small shop lures folks in search of breakfast and/or lunch fare, and boasts about the local purveyors supplying ingredients, such as Penn’s Corner. This kind of spot works well downtown — prompt service and tasty, reasonably priced grub.

Casa Rasta
Antonio Fraga is a Mexico City native with a passion for Caribbean-influenced fare. He mans this tiny, brightly colored corner shop with his wife, Laura, attempting to keep up with the demand for mouthwatering food. Inside the kitchen, Fraga creates a number of taco varieties — pulled-pork, Jamaican-jerk chicken and specials (like curried goat); while he regularly makes vegetarian fillings (like soyrizo), vegan options are sometimes offered. Though the tacos are the true stars, the menu is rounded out with burritos and quesadillas — plus, Mexican soda.

Café Du Jour
Because it’s located in a lively neighborhood, Café Du Jour doesn’t quite fit in. But it’s better to fly under the radar. Cozy and calm, the interior comprises an open kitchen and small dining space; there’s also a courtyard seating area out back. Daily specials range from fresh fish to chili. Friendly staffers and chefs add to the experience — but the European-inspired cuisine takes the cake; pork- and Brie-topped crostini, and the spinach-and-feta-stuffed chicken (served with polenta, San Marzano tomatoes and mushrooms) satisfy.

Coriander India Grill
Dim lighting, soothing tunes and scents of curry wafting through — the perfect greeting for any hungry guest. Coriander, a fairly new Squirrel Hill spot, draws in patrons with a lengthy menu, featuring numerous vegetarian and meat dishes in various sizes and preparations; interestingly, the eatery casts a wide net, serving items with influences from Southern and Northern India — plus, Indian-Chinese flavors as well. Strong points include the fresh tandoori breads, lamb/goat korma and the chicken pakora appetizer. 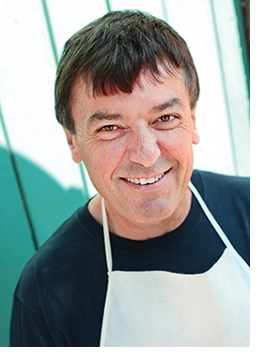 Favorite baking utensil?
I couldn’t go anywhere without my French rolling pin. I’ve had the same one for 25 or 30 years — and nobody touches it.

Do you use cookbooks as a guide?
We have to follow recipes. Baking is a science.

Favorite thing to do with butter?
Make palmiers, butter croissants and Breton cake.

Croissant or strudel?
Croissant — since I was little, I liked them. I ate them for breakfast — they’re just something I grew up with.

Any Pittsburgh-influenced menu items? Hungarian nutroll — we make a lot of them.

Pet peeve?
When someone calls it buttercream frosting — when there’s no butter in it. In France, that’s a crime.

Most memorable dessert?
I like macarons — ones from Pierre Herme. In my opinion, he makes the best in the world; they’re so delicate and tasty. In France, he’s known as the Picasso of pastries.