Where We’re Eating in November

Warm up with a fall-inspired drink at Te Cafe, a grilled cinnamon bun from Kelly O’s or BRGR’s Fire in the Hole burger. 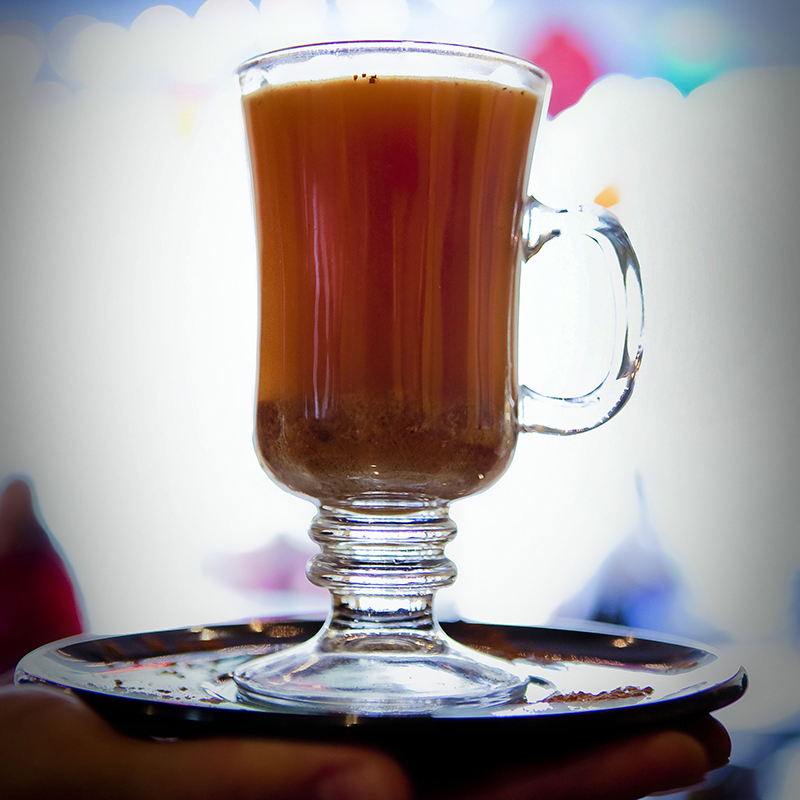 Apple-cider season starts on the first official day of fall. Te Café, the city’s original tea haven, crafts a steaming drink to cure you of the autumn (and coming winter) blues: tea-mulled hot apple cider. Containing mulling spices and about six teas — including ginger root and spiced-cinnamon rooibos — the amber-hued apple beverage, which is always topped with cinnamon, can be served in a small crystal glass with a drizzle of caramel. Cozy up with a book in this quaint spot.

Countless menu items are worthy of your attention at Kassab’s, which opened in 1996 and relocated to a bigger spot a few years ago. One offering you won’t want to skip, though, is the kafta sandwich. Think of it as a Lebanese burrito — it’s a pita enveloping ground lamb, onions, tomatoes and lettuce; request hummus or another dipping sauce as an accompaniment. A veggie lover’s treat that carnivores also can appreciate is the vegetarian moussaka with eggplant, zucchini, mashed potatoes and couscous. The combination of gyros, falafel and yogurt salad is optimum for a weeknight meal. 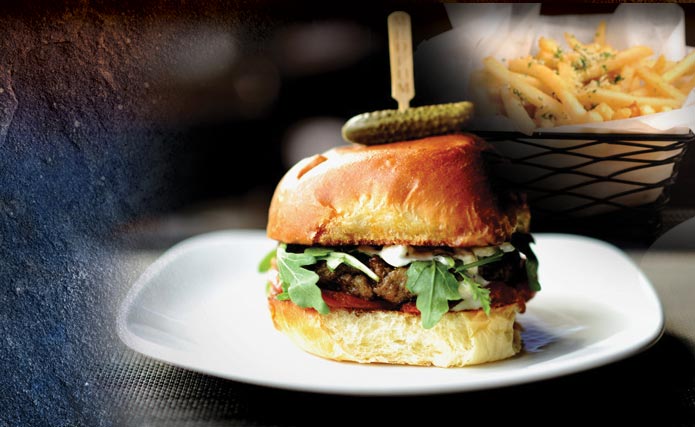 What’ll it be — mahi shrimp, beef, salmon or another kind of patty? The burger menu lists preplanned varieties, such as the zesty Fire in the Hole and appropriately tagged Button Buster. The create-your-own option, offered here and at the East Liberty site, appeals to those who like to stay in control. There’s even a falafel-black bean burger. Everyone can agree on the fried pickles, housemade chips with cheese dip and handspun milkshakes, available spiked or without alcohol. Don’t forget to catch the BRGR truck as it makes its rounds throughout the city, dishing out burgers, fries and daily shake specials.

It’s worth driving several miles in the name of good macaroni and cheese, and the Hog Father’s staff will ensure you have a generous helping to go with your main course. Meat eaters can pick from house-smoked ribs, fried and roasted chicken, pulled pork and brisket. There’s even a spicy Italian-sausage burger that’s cooled down via a slathering of barbecue-ranch dressing. In addition to mac ’n’ cheese, the other Southern-style sides — such as coleslaw, garlic mashed potatoes and fried onions — will leave you feeling full and content. These dishes, also served at the restaurant’s other two locations, go over well at casual gatherings such as picnics. 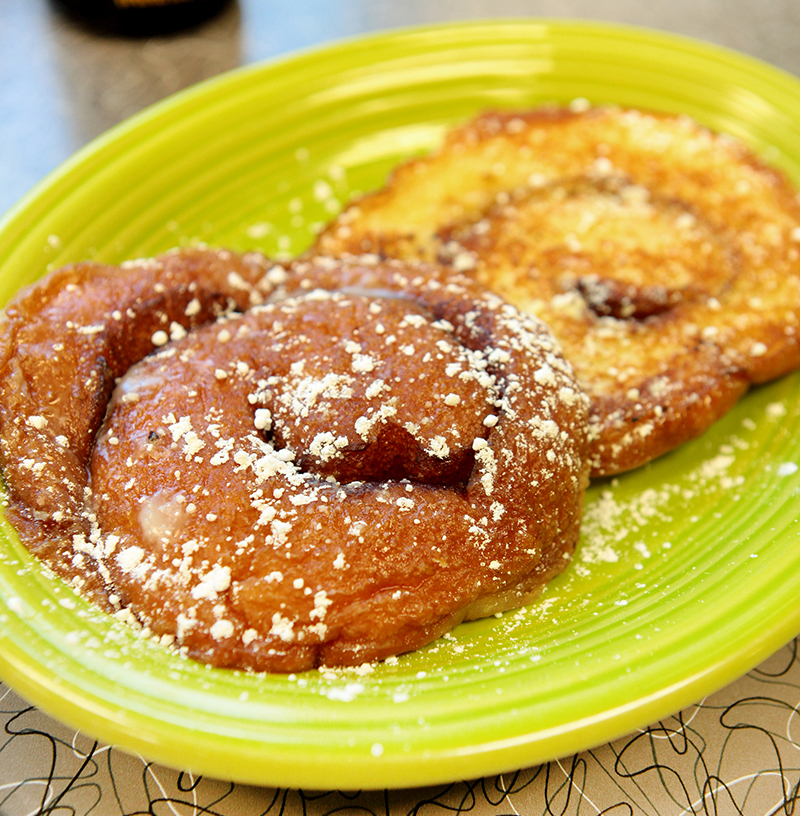 Cinnamon buns have always had a place at the breakfast table, whether with java or orange juice. The geniuses at Kelly O’s, a nationally known local diner, butter enormous, freshly baked buns from Oram’s in Beaver Falls before slicing them in half and grilling them to perfection. The result is a hot, sweet cinnamon bun with caramelized edges.

Buffalo chicken is served in many forms — dip, salad topper, casserole. In our opinion, the best use of it can be found at Skinny Pete’s, where it’s placed atop the Angry Buff Chick pizza. Order your pie, regular or gluten-free, and receive a six-cut with lightly dressed chicken, celery, Mozzarella, red onion and Gorgonzola. Indecisive diners can customize pastas, flatbreads, salads or sandwiches. Before you visit this joint, reminiscent of a pottery studio, consider bringing wine to pair with your spinach salad or cheese plate as you listen to the soft sounds of Coldplay and eye up the wall art. 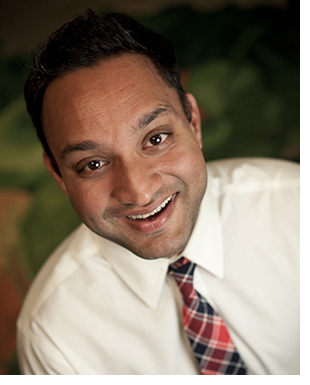 Ankit Goyal takes his knowledge of juicing — which dates back to his days with a large garden on Long Island, N.Y. — and applies it to his tactics at Fresh From the Farm Juices. Goyal cold-presses produce, meaning that no heat is applied to the ingredients. He operates his newly opened South Side juice bar and stocks his drinks at select area spots, such as Delanie’s Coffee. Goyal now sells cleanses and plans to eventually release a milk-based juice product.

Best way to incorporate juice into your diet?
If you have our 12-ounce bottle, maybe drink it two or three times [throughout] the day. If people are not familiar with [our products], maybe have 2 or 3 ounces at a time, taking swigs to get [accustomed to the] flavor.

Recommended time to sip juice?
Any time of day — especially the type we do.

Best juice you’ve ever had?
One I tried in New York at a juice bar [with] guava, mango, fig and blood orange.

Confusion surrounding juice bars?
The misconception some have created for themselves is making smoothies, not juice. There’s a misperception of juice in general; juice is produce being juiced.

Are cleanses for everyone?
I’d say that people should try a simple cleanse. Do it with caution. My overall perspective is that they’re very beneficial for the body.

This article appears in the November 2013 issue of Pittsburgh Magazine.
Categories: Eat + Drink Features, From the Magazine