Where We're Eating in June

We're stocking up on Healcrest Urban Farm's minty nectarine teapops and brunching on chicken and waffles at Carmi Restaurant. 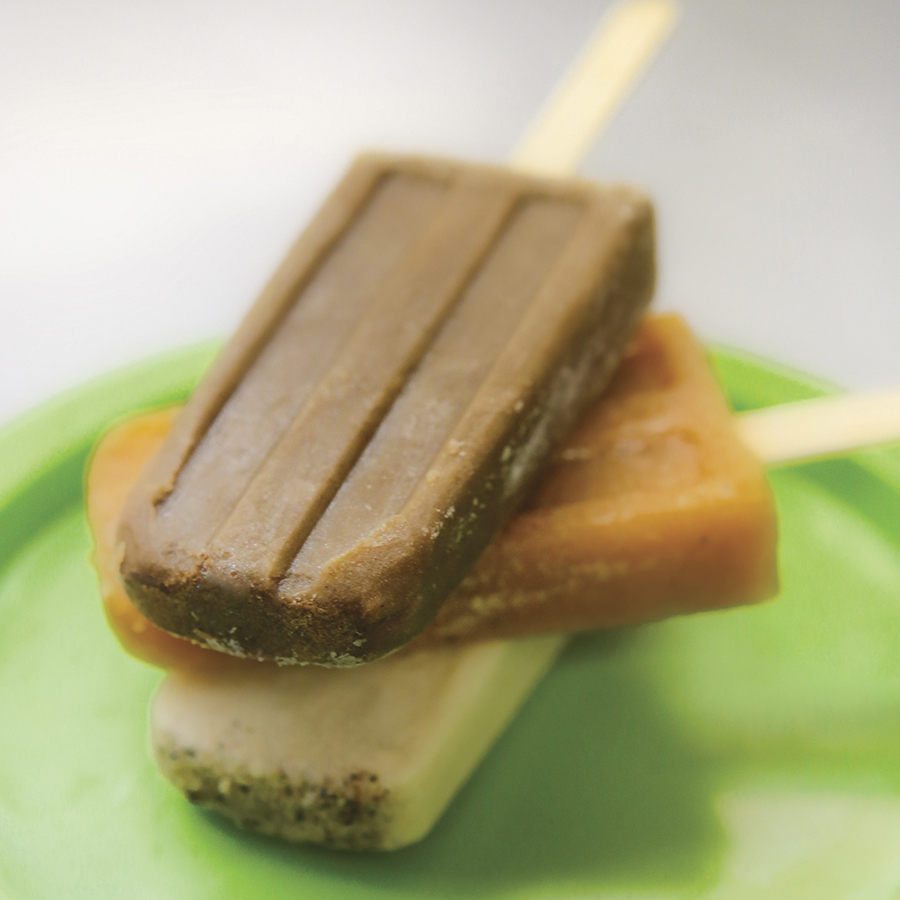 The key to good gelato is using quality dairy to produce creamy results; it’s available here by the scoop or in a cake to top off any celebration. The family-owned spot near Washington, Pa., hasn’t toyed with its spaghetti and tomato sauce recipe for 75 years. Regulars rave about sandwiches, such as the bleu roast beef, and chicken entrées. 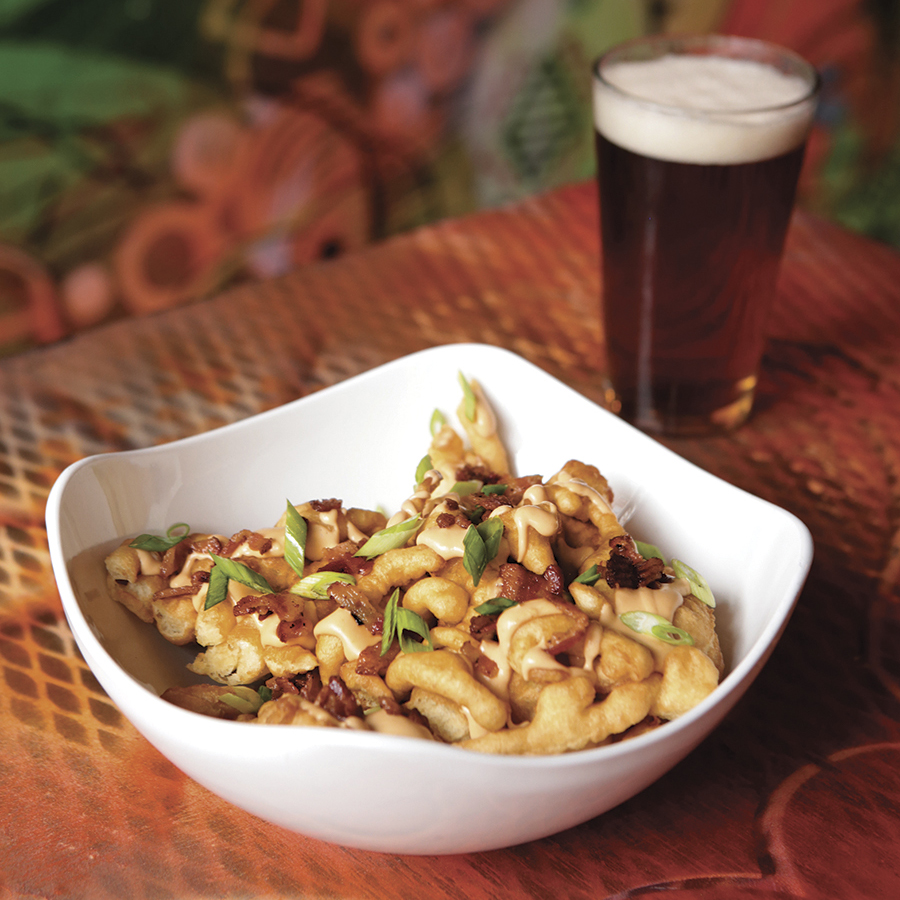 Funnel cakes often are associated with fun times — carnivals, fairs and the like. Zachary Winghart, who enjoys coming up with offbeat concepts, serves his own version at his namesake burger joints. Order your “hippy cake” plain with powdered sugar or with baconflavored cheese to offset the sweetness. The latter choice is the optimum companion for a pint, especially during a big game.

Rather than dense gluten-free buns, Gus’s offers a gluten-free waffle to sandwich your beef burger. This spot no longer is strictly gluten-free, but those dishes, including the rich mac ‘n’ cheese gnocchi, remain popular. Tachos are perfect for carb lovers — housemade tater tots loaded with cheese and salsa. 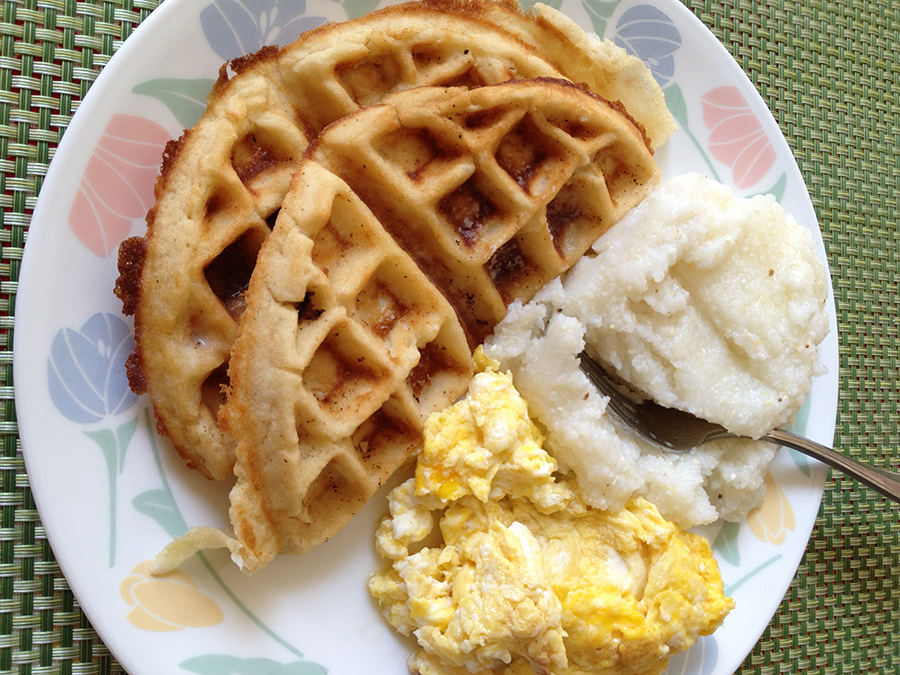 A plate of buttery, fluffy-as-air waffles with Southern fried chicken is the answer to mealtime doldrums. At breakfast, an order of shrimp and grits gets an upgrade via the addition of cheddar, spiced butter and assorted sautéed vegetables. The staff is genuinely friendly, and meals tend to hover at or below the $15 mark.

Nic DiCio is known for his tortillas, sold at his upstairs grocery and showcased in mini tacos and other favorites at Casa Reyna. Beef tongue, a traditional ingredient in Hispanic cuisine, is featured in several dishes, including one with tomatillo salsa and beans. Get a tequila flight; picks from Mexico’s Lowlands, such as ones produced by the brand 1800, pack spice. 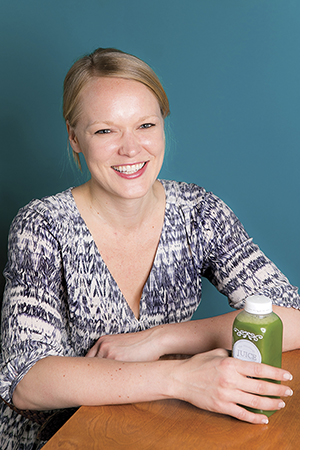 Naomi Homison, Co-owner | Pittsburgh Juice Co.
Naomi Homison, as many other Pittsburgh natives have done, returned to the city after living elsewhere for several years. She and her brother, Zeb — both avid yogis and juicers — opened a cold-pressed juicery this winter in a former cinema. Beyond selling beverages with a three-day shelf life — including fresh coconut water, carrot-apple-ginger juice and almond milk — the duo vends housemade products featuring the remains of used ingredients; for example, vegan coconut “bacon” is made of dried coconut “meat.”

Tip for novice juicers?
Keep it simple. Concentrate on one solid base for your juice, with a few other ingredients for nutrients and taste.

Misconception about juice?
Just because it’s juice doesn’t mean it’s good for you. You need to look for other factors also; for example, low-sugar, high-alkalizing ingredients . . . Ideally, [juices should contain] simple ingredients with trace elements [such as silica].