Where We’re Eating in July

This month, we’ll have the quinoa fritters at Aji Picante, tuna tacos at Twisted Thistle, and at the PGH Crepes cart, it’s Nutella and berries to-go. 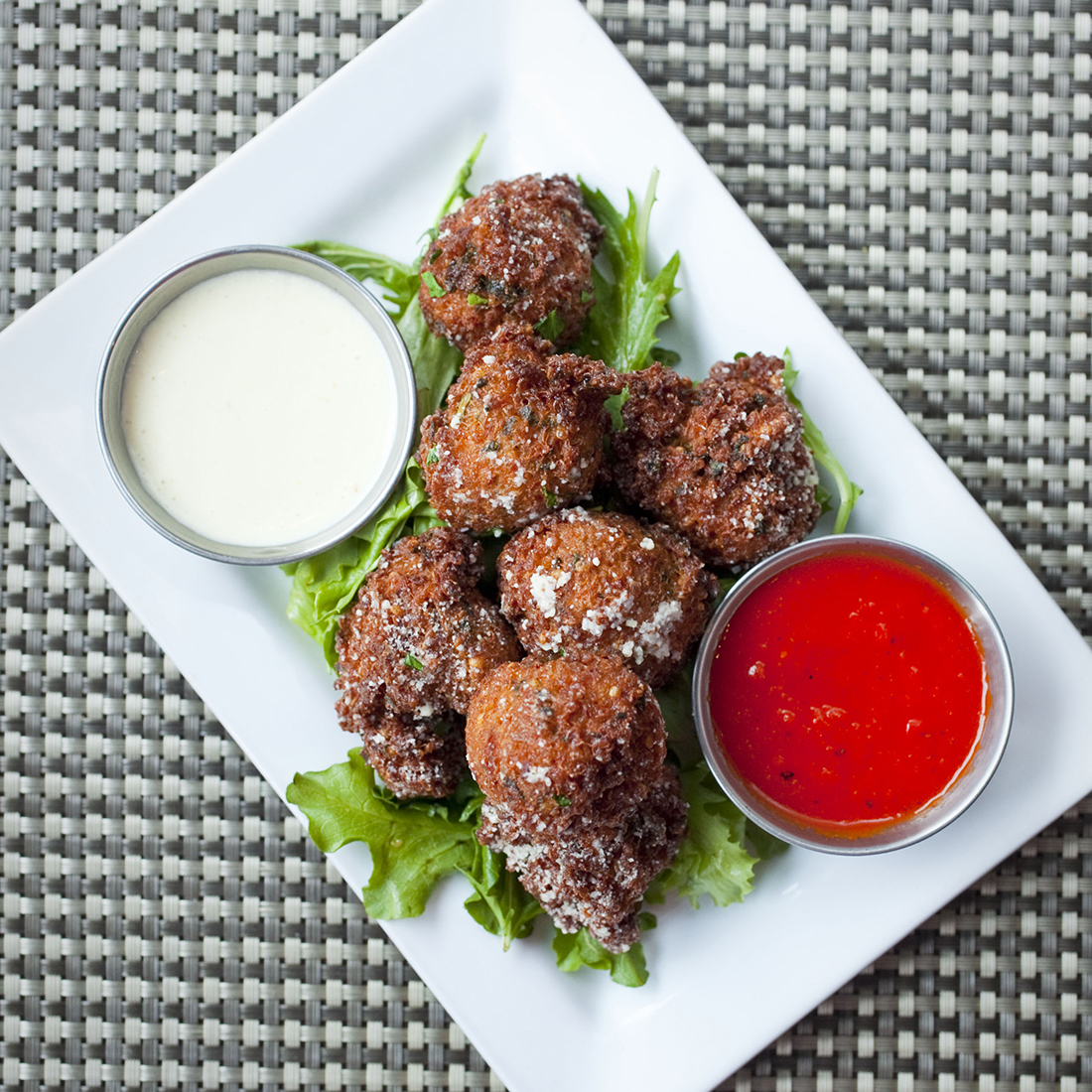 Pick of the Fritter

Corn fritters may be a go-to side dish, but quinoa fritters show why the ancient grain has become increasingly popular. At Aji Picante, the browned treats are sprinkled with Parmesan. The taste of the slightly crunchy fritters is amplified when they’re dipped in the accompanying zesty red sauce, which gives a nod to the eatery’s name (aji is Spanish for “chili pepper”). Enjoy an order outside with your favorite bottle of wine.

Las Palmas Carniceria
When waiting for tacos from Las Palmas, Pittsburghers don’t care about the weather. Rain or shine, there are always hungry locals contemplating which $2 taco they’ll order. Switch off between myriad filling choices, including potato, chorizo and chicken. Watch the crew grill meat and heat corn tortillas. Then crown your taco with red or green salsa, plus a lime wedge, from the salsa bar. This Mexican grocery doesn’t have seating, so you’ll need to plop down on the sidewalk with a few napkins and a drink.

Twisted Thistle
Farm-to table restaurants, such as this rustic spot, are favored for their dedication to local purveyors. Twisted Thistle’s American menu exhibits ethnic influences in such dishes as the veggie curry with tofu and the Asian-inspired tuna tacos, which pack heat via sriracha aïoli and red-pepper paste. Seasonal ingredients come from Freedom and Lingrow farms. Friendly servers and a relaxed barn-like interior add to the experience, which should always end with one of pastry chef Edit Herman’s house-made desserts. Try the cheesecake if you have room! 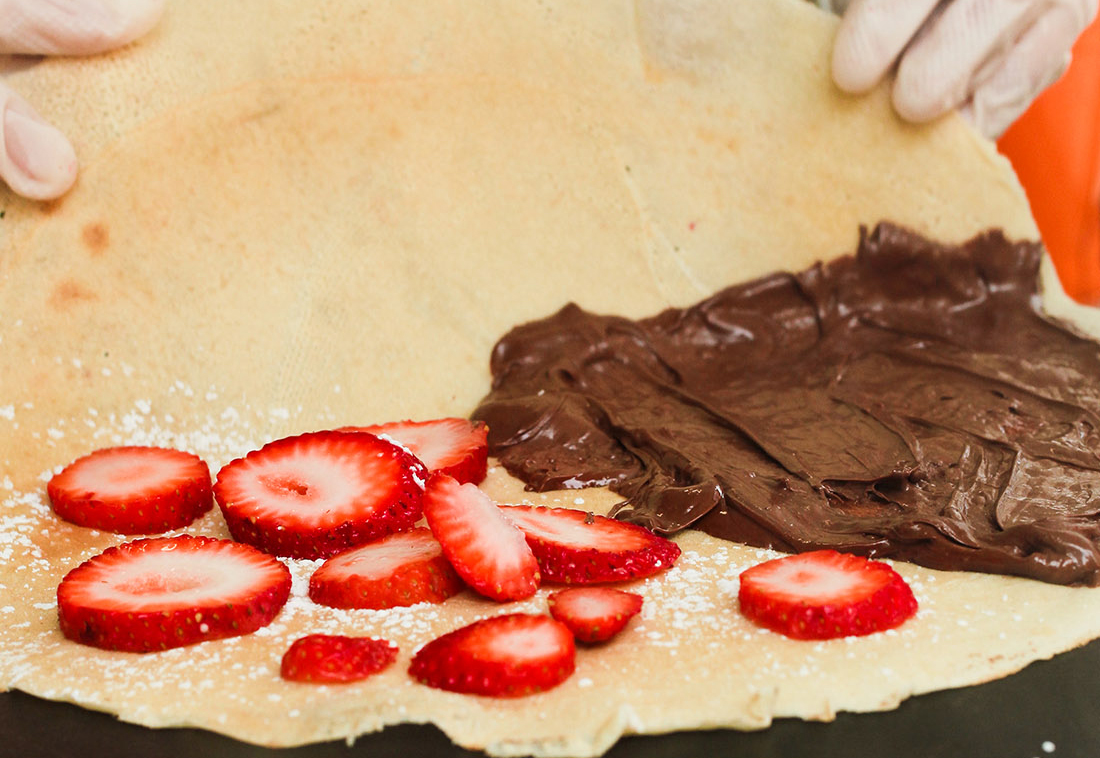 Striking the perfect balance between light and fluffy, crepes win us over any time of day. It’s virtually impossible to resist the French treats when they’re stuffed with sweet ingredients such as Nutella and berries. Ilmir Akhm whips up batches inside the PGH Crepes Cart in the Strip District and at local mobile-food events. Akhm uses only fresh ingredients for his in-demand delicacies, and his short menu also lists savory crepes, including a ham-and-cheese variety.

Stone Neapolitan Pizzeria
Stone Neapolitan has become increasingly popular, thanks to word of mouth. Tucked off of Liberty Avenue, Stone is a prime spot for a lunchtime bite or after-work takeout. Prompt service and reasonable prices add to the appeal. The wood-fired pizza — thin, piping-hot and cooked in a jiffy in the Italian oven — is the obvious draw; pick from such options as the prosciutto-mushroom or just build your own. We can’t get enough of the del cafone, with fresh Mozzarella, sausage and rapini, and we suggest pairing it with a salad.

Piper’s Pub
Piper’s is known to pack ’em in on game day — for soccer matches, that is. Presenting a “taste of the British Isles,” menu items showcase flavors of such countries as England (“toad in the hole”) and Scotland (scotch eggs). You’ll want to saddle up to the bar come Sunday and try the salmon or corned-beef boxty during brunch. Stay a while, sip Glen Scotia, have an order of curry and chips, and make new friends. Next door, Piper’s sister restaurant, Pub Chip Shop, serves up true meat pies. 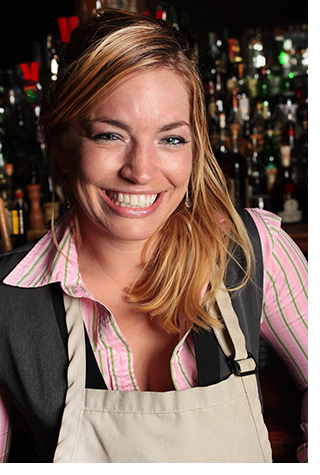 For Stir Society, an at-home cocktail consulting firm, Marie Perriello reviews party agendas before crafting her list of original drinks to make at the shindigs. Perriello also tends bar at Acacia and offers interactive drink tutorials at Tender Bar + Kitchen. She has shaped bar menus at several local spots and continues to further her knowledge, having just finished her BarSmarts Advanced, a prestigious program for dedicated bartenders.

What are you known for?
I nail savory cocktails. I love using cooking methods, such as smoking, and techniques you’d see in a restaurant. I’m always trying to use different foods.

Preferred liquor?
I like a lot of different spirits. Mezcal, it’s so good. And bourbon and Fernet Branca.

Top drink pick?
My favorite thing in the world is a banana daiquiri. I make banana liqueur.

Accidental success?
A sauerkraut and ketchup cocktail. It won second place in a cocktail contest.