Where We're Eating in August

This month, we'll be noshing at E2, Golden Pig, Slice on Broadway and YinzBurgh BBQ. 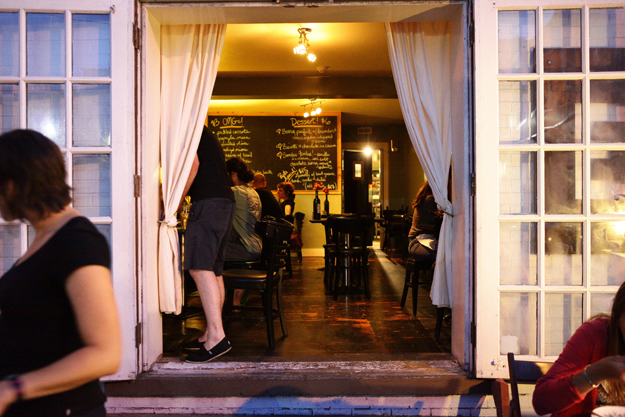 
E2
Spaghetti and meatballs. Fettucini with marinara.  Ricotta ravioli. Those classic Italian dishes can be found at this (fairly) new Highland Park hot spot. Patrons can enjoy their favorite bottle of wine (for a small fee) and customize an antipasti starter (featuring housemade bread). Buying and sourcing local goods, such as eggs and produce, may be hip right now, but chef/owner Kate Romane lives and breathes that ethos — she supplies many ingredients from the farm where she lives. Thanks to a largely successful Kickstarter campaign, the E2 crew is gearing up for a basement renovation.

Golden Pig
There always seems to be confusion surrounding Korean fare. But make no mistake: It holds its own with bold flavors and fresh ingredients. At Golden Pig, that notion remains true. Owner Yong Kwon handles everything from start to finish, including prepping and serving. Highlights at her 12-seat restaurant include the Man-Du, favored for its flavorful beef/veggie filling, and zesty daiji bolgogi. Anyone leery of sushi rolls would do well with Kwon’s Gimbop (with beef or vegetables). Bottom line: Be happy you’ve received the lowdown on this place; many people don’t even know it exists — for now, at least. 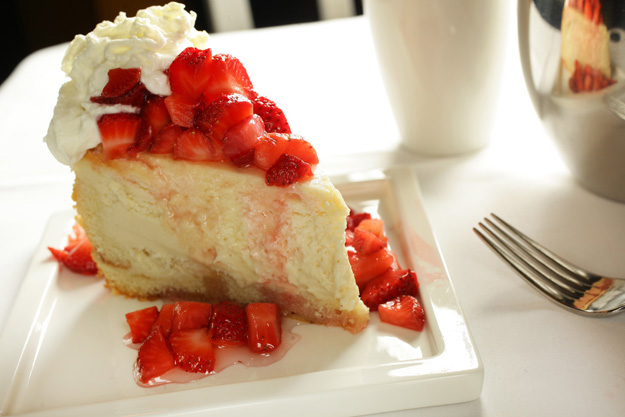 Wild Rosemary
It’s no surprise that you’d find a creamy, dreamy cheesecake like this at a restaurant that assures “good things will come to you.” Baker Lynne Bielewicz of  Wild Rosemary, a previous Best Restaurants honoree, uses several high-quality ingredients in this homemade delight that’s sometimes topped with berries (so tasty!). While the eatery’s dessert menu changes every three weeks, the cheesecake remains a permanent fixture.

YinzBurgh BBQ
Everyone knows that when the craving for a particular cuisine, say barbecue, strikes, you need to satisfy it with the real deal, not imitation nonsense. Luckily for us, Richard Coursey pours his heart and soul into each dish served up at YinzBurgh; tastebuds are tantalized by succulent ribs and beef brisket — honestly, though, the sauce options alone are enough to lure folks. The menu at Coursey’s minimalist joint (a place that primarily serves as a go-to spot for takeout) lists a delectable homemade mac’n cheese that will stick in your mind … until you return again.

Slice on Broadway
In Pittsburgh, finding eateries that offer pizza by the slice can seem comparable to spotting a four-leaf clover — difficult. Fortunately, Slice on Broadway set up shop two years ago in Beechview. The skilled crew successfully strives to offer the finest pies: homemade components, including three sauces (red, white and green), enable the pizzas to shine. The pizza menu is flexible: Order slices or whole pies (as large as the 20-inch “ginormous” one), and get as many toppings as you want. Tasty sandwiches and salads are nice complements — assuming you have enough room. 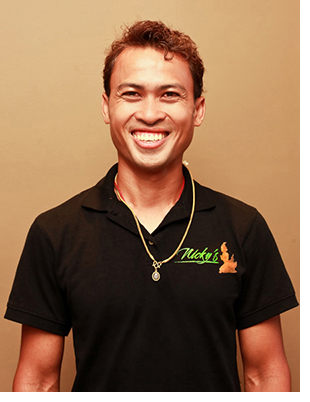 Do local tastebuds influence your menu?
I select items that Americans would like. There are many things in Thai cuisine that wouldn’t be a hit in the U.S., like fried insects. We serve classic Thai food.

Favorite ingredient used in Thai cuisine?
Thai eggplant — a lot of Americans don’t even know about it.

Tom Kha or Tom Yum soup?
Tom Yum. It’s healthy — plus, I like coconut, and there are a lot of herbs in it.

Favorite Thai dish?
Garprow chicken lad kao — because it’s spicy and has egg on top. I eat it all the time — sometimes every day.

Insider chef tip?
Use good meat. If the meat’s not good, the food has no taste. I take a long time to make some meats, just so they’re properly prepared.

Ever want to be on a show like “Iron Chef”?
No, that’d be too much for me. My customers love my food and keep coming back — that’s why I do this.